14 Comments on Think you know beer?

This weekend, sitting in the sun on a pallet in a yard behind a brewery, surrounded by happy men and women, I had a sudden realisation – beer is really popular. Sure, it’s always been popular, but not in the same way. Drinking and appreciating beer is no longer the refuge of stereotypically bearded men with bellies and sandals – or, as I call them, ‘my people’ – it’s exploded to encompass the whole of the drinking public, and this week is a busy time for those of us who like a swift half or two.

Here in London we have nine busy days of beer-related activities, with the Great British Beer Festival, London Beer City and the London Craft Beer Festival all coming together like a beery sign of the apocalypse and providing us with ample opportunity to try beer from across the brewing spectrum.

So, in honour of the season, I’ve been chatting with brewers and beer fans, asking them all a simple question: ‘What are the biggest misconceptions you’ve heard from drinkers?’

Think you know beer? Read on…

1. All beer tastes the same 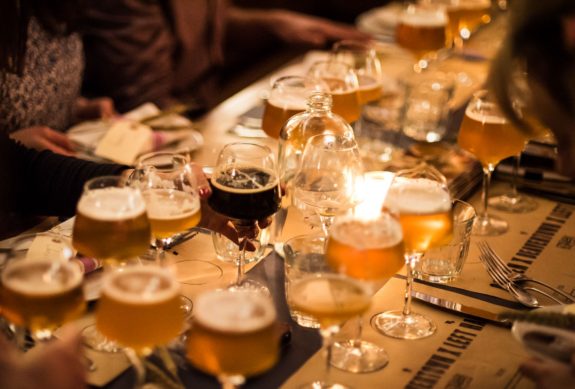 A common sentiment and one that’s easily disproved – go to a good pub and buy two beers. I asked Doreen Barber from Five Points for some evidence and she emailed me from the bar at her local – Mason & Company: ‘I’m looking at a draught list featuring a yuzu Berliner weisse, a red rye ale, a fruit farmhouse ale, a handful of pale ales and session IPAs, a smoked porter, and an imperial stout.’ A little bit of variety…

You almost certainly won’t like every beer out there, just like with any other drink, but have a look around and you’ll see quite how big a variety of styles and flavours there is.

2. Cask ale is for old men, fizzy beer is for youngsters 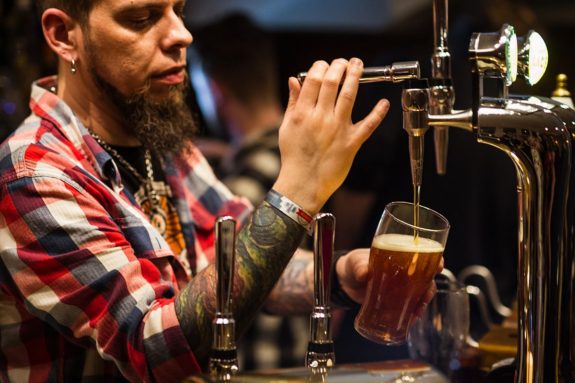 ‘I’m often told that there are two types of beer,’ said the barman as I sat at the bar at the Redchurch brewery, sipping a beer made barely 10 yards away. ‘Cask and keg. It’s actually a lot more complicated than that.’

Since British beer’s low point – also known as ‘the 1970s’ – there has been a division between fizzy beer stored in kegs and the more traditional ales stored in casks. Back then the former were cold and flavourless, and the latter warm and difficult to maintain, but 40 years of technological innovation, campaigning by CAMRA – the Campaign for Real Ale – and others, and the shifting sands of popular opinion has made things a lot less clear cut and the stereotypes no longer apply.

With brewers enjoying the consistency that a keg allows – every pint tasting pretty much the same – as well as the creativity of casks – the beer is live and continues to change after it leaves the brewery – the lines are blurred and you can now find great beer no matter how it’s delivered to the pub.

For years, cans were where beer went to die. Tales of metallic flavours and mediocre quality were rife and accurate. With the explosion of interesting beers over the past decade has come a revolution in canning – and these days many brewers are switching to cans for their beers.

They are not only lighter and cheaper than glass bottles but also help to foil one of beer’s biggest enemies: light. They are opaque, unlike bottles, and stop ultraviolet light changing the flavour of your beer. Bottles are still great for beer, but make sure you don’t write off a brew just because it’s in a can.

Top tip: if you think your can of beer tastes metallic, it’s probably because you’re drinking straight from the can – pour the beer into a glass: problem solved.

4. Beer is made for men by men 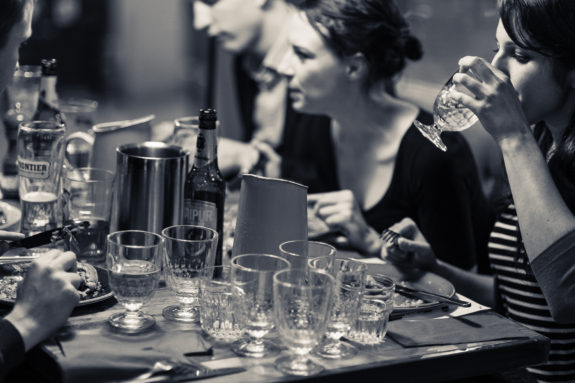 This was the first thing that popped up when speaking to people in the beer industry – from Dawn Davies, TWE’s drinks buyer, to Samantha Rigby, director of Redemption brewery in north London, and everyone I met in beer-focused bars, men and women alike. Historically, it was the women of the household who made the beer, and while brewing has been a male-dominated profession in recent times, it’s becoming a lot more equal again.

As for drinking, the past decade of new brews and changes in the perception of beer have brought in new drinkers, both men and women, and started to break down the old stereotypes – look for beer outside the traditional male-dominated pubs and you’ll find a very different group of beer drinkers.

This week, take a moment to try a new beer. No matter your tastes, there’s almost certainly one you’ll enjoy. And if not, there’s always wine, whisky, and much more…

Want to learn more about beer? Head to our beer page and hit ‘Discover more’ for a breakdown of the common styles and how to choose one that’s right for you.

Many thanks to London Beer Week for the use of their photographs – their next festival is in March 2017.

#Whisky Think you know beer?: This weekend, sitting in the sun on a pallet in a yard behind a brewery, surrou… https://t.co/6bCdI8WHt3

#Whisky blog: Think you know beer? – This weekend, sitting in the sun on a pallet in a yard behind a brewery, s… https://t.co/hY9fwBxhkg

Think you know beer?: Bottles are still great for beer, but make sure you don’t write off a brew just because… https://t.co/GcEzyecvgP 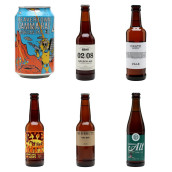