In the rum world, July is an important month. Not only is it the beginning of summer – a time when even the rain-lashed shores of the UK can pretend that they have regular Caribbean-style sunshine – but it also ends with a solemn anniversary: Black Tot Day.

31 July 1970 was the last day that the Royal Navy issued sailors with a rum ration. The Navy loves an excuse for a bit of ritual, and the day was filled with mock funerals, black armbands and tots of rum issued with even more gravitas than usual. 46 years later, we still mark the day, although it’s now an excuse to drink some rum. Not that we need much of an excuse.

At TWE we’re celebrating with a rum tasting on 25 July, hosted by Richard Seale, master distiller at the Foursquare distillery in Barbados . I’m very much a fan, having been introduced both to Richard himself and Doorly’s rum, one of the ranges made at the distillery, back at Rum Fest in 2011. Since then, Doorly’s XO has been my golden rum of choice, seeing off all challengers for the best part of five years. However, Foursquare has recently released three new rums which have chipped away at my resolve.

We’ll be trying all three – Foursquare 11yo Zinfandel Cask, Foursquare 2004 11yo Cask Strength and Foursquare 9yo – at the tasting (along with R.L. Seale’s 10yo and the amazing Black Tot Last Consignment), but I managed to grab a preview taste of the Zinfandel Cask: 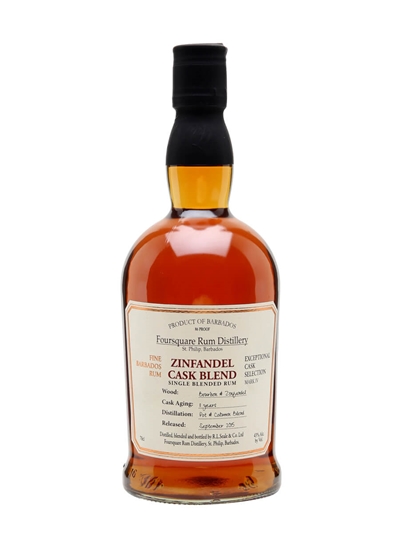 Nose: Classic – rich and sweet, with caramel sauce, toffee and banana fritters. However, there’s more going on here, with cream, marzipan, tannic grape skins, liquorice root, hints of black treacle and a pinch of salt developing in the glass.

Palate: Rich and buttery in texture, but not as sweet as the nose suggests. Layers of spice and red fruit build, along with liquorice, anise and balanced barrel-char bitterness. At the back of the palate, caramel mingles with treacle toffee and green leafy notes, providing a solid backbone.

Comment: Much more complex than expected, building on the classic bittersweet character with fruit and controlled savoury notes. One for sipping.

It won’t replace Doorly’s XO as my go-to general-purpose rum, but when it comes to something to sip while contemplating another balmy summer sunset, it’s jumped to the top of my list. Even if I suspect the contemplation will be done from underneath an umbrella.

Our History of Rum tasting with Richard Seale takes place at 7.30pm on Monday 25 July in our Covent Garden Shop. Tickets are £30 each, and you can get them here.

#Whisky New Foursquare rum – just in time for Black Tot Day: In the rum world, July is an important month. No… https://t.co/rtCQV4l1z7 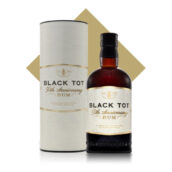