Time has rolled on a bit. It seems like only yesterday that I was a balding computer programmer, sat at a table in The Whisky Exchange shop in Vinopolis, confronted by 10 excellent whiskies. It was the company’s 10th anniversary tasting, and I was a punter who liked whisky. 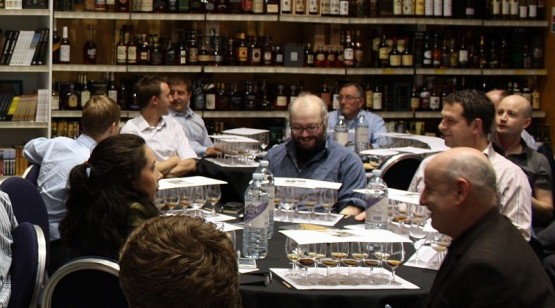 The earliest TWE photograph of me, with our customer service queen Ali and Diageo’s Colin Dunn

Move on five years to the present day. I’ve got even less hair and while I still sit in front of a screen all day, I now do so at TWE HQ and attempt to write words that make sense to people rather than computers. That extra five years also means that TWE has now hit another milestone – we are 15.

To celebrate our birthday, we’ll be releasing a few whiskies over the coming months, and the first is something special: a Balblair 2000 single cask, fully aged in a first-fill sherry butt.

It’s special because sherry casks are not really Balblair’s day-to-day business. They’re well known for their bourbon-cask-matured whiskies, and other than occasional indies it’s rare to see a fully sherry-matured dram – distillery manager John MacDonald specially selected this cask, as he reckoned it would be to TWE Director Sukhinder Singh’s taste. He was right, and it was a must-have as soon as we tasted it. 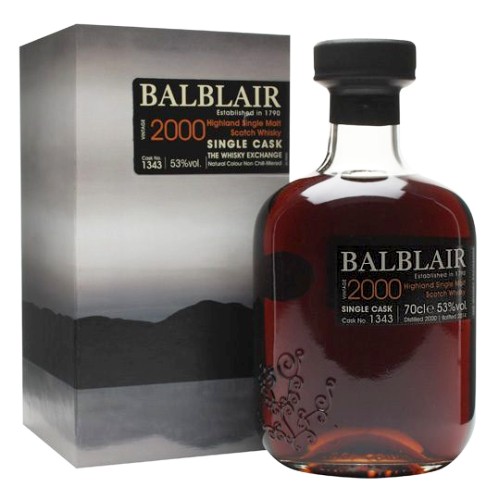 Comment: The biggest and boldest sherry cask matured Balblair I’ve ever tasted. Rich and dark with controlled sweetness – a grown-up whisky. Drams like this make me lament the small amount of sherried Balblair available.

To go with the launch, we’re also running a prize draw:

Buy a bottle of the 2000 or any of the other core vintages from Balblair’s range and you’ll be entered into a draw to win a trip to the distillery, including a tutored tasting with distillery manager John MacDonald.

You can find full details over on our competition page, but the most important bit is that it closes at 11:59pm GMT on 14 November 2014. To whet your appetite, here’s my blog post from when I visited a few years back. They’ve finished building their visitor centre now, and it’s even more worth a trip.

#Whisky Balblair 2000 – TWE exclusive first-fill sherry butt: Time has rolled on a bit. It seems like only yes… http://t.co/CGGh2IfrDe

[…] Time has rolled on a bit. It seems like only yesterday that I was a balding computer programmer, sat at a table in The Whisky Exchange shop in Vinopolis, confronted by 10 excellent whiskies. It was the company’s 10th anniversary tasting, and I … Continue reading >> […]

@galg My full notes are on the blog post – we couldn’t fit them on the shiny page… http://t.co/GnG6BfObfj

Come on guys 95 quid?. Dont get me wrong I just paid £65 for a 3 year old whisky – Kilchoman Port matured and was happy to do so after tasting it but it was was something a little bit different from what is available.However as much as I love Balblair, sherried whiskies and you guys, I just cant get my head round your price for a 14 year old first fill sherry cask unless it is a REALLY special cask .Hope this is not the way you are going to be pricing your single casks from now on and that this was just an especially expensive cask for you to buy and you arent getting all Diageo on us. For me its 20- 25 quid too much, no thanks as nice as it sounds

If you can find another first-fill sherry cask matured distillery bottling of Balblair at a lower price please let us know. It’s both an excellent cask, and something particularly special. If you’re near our shop please drop in and ask for a taste – it does live up to my hype.

[…] during a trip to Edradour earlier this year, as well as the previously mentioned Karuizawas and Balblair 2000, and an Arran 1997 and a Glen Garioch 1973 that we are releasing in honour of our 15th anniversary […]