Strangely, the UK has fewer whisky festivals than elsewhere in the world. While we have more than 100 of the most famous distilleries in the world sitting north of the Scots border, it’s on the continent that we see the most whisky-enthusiast gatherings.

While we have a range of whisky shows, from the beginner-friendly Whisky Lounge through to our own big-ticket Whisky Show, the enthusiast-run festival is something we see a lot less of. One of my favourites of the past few years has been Maltstock, which takes place in Nijmegen in the eastern Netherlands – it’s a gathering of whisky fans who all bring a bottle or two for a weekend of sitting around, talking rubbish and drinking whisky.

Ever since my first year at Maltstock, one constant topic of conversation has been as to whether the event would work in the UK. Generally, the feeling was that it wouldn’t, what with us not having so much of a tradition of fan-run whisky festivals. Fortunately, that didn’t stop Jonny Macmillan and Jason B Standing, who set up a British version of Maltstock in 2013 – Dramboree.

The fine folks who made it to Dramboree 2014.

Annoyingly I missed the first one, although m’colleague Rocky made it and reported back on an excellent weekend. However, in July I made up for it by going to Dramboree #2.

Held on the shores of Loch Lomond, it was an excellent weekend of whisky and general shenanigans. Along with a table full of bottles to share, it also featured tastings of some new and upcoming bottlings from Dewar’s (keep an eye out for a range of single malts from Craigellachie, Aultmore, Glen Deveron and Royal Brackla sometime soon) and Highland Park (one of the first tastings of the new Dark Origins), a range of old bottlings from the 1950s onwards, a sensory whisky experience with Annabel Meikle, and a call for action from The Whisky Shop Dufftown’s Mike Lord to define Dufftown as a new whisky region in itself.

However, the bit that most excited me was the reveal of something that we at TWE had put together for the weekend: an exclusive Dramboree bottling. Finding something peaty, sherried and affordable is no mean feat, and we were very pleased to have some tasty Ledaig in our stocks. Here’s what I thought:

Finish: Spicy and leafy, with liquorice and cinnamon slowly turning into Fisherman’s Friends.

Comment: I’m a bit of a sucker for Ledaig, so this ticks all the boxes for me – peaty, dark and sweet.

The Dramboree gang have now stocked up, so we’re opening sales to everyone who would like a bottle – just head over to our main website to grab one. Don’t wait too long, we’ve not got that much left…

#Whisky Dramboree 2014 – Loch Lomond and a bottle of Ledaig: Strangely, the UK has fewer whisky festivals than… http://t.co/rB0n0DcmlK

Dramboree 2014 – Loch Lomond and a bottle of Ledaig – Strangely, the UK has fewer whisky festivals than elsewhere… http://t.co/uT746EAjJh 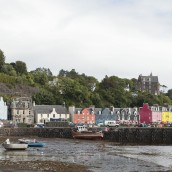