American whiskey is booming. From the rye explosion (an explosion in popularity, rather than an actual detonation) a few years back to the huge number of craft distilleries appearing all over the USA, American whiskey of all types is doing very well. Hand in hand with that growth comes the crowning of the elders of this new wave – the distillers who helped kick-start things and are now held up as examples of how things should be done. 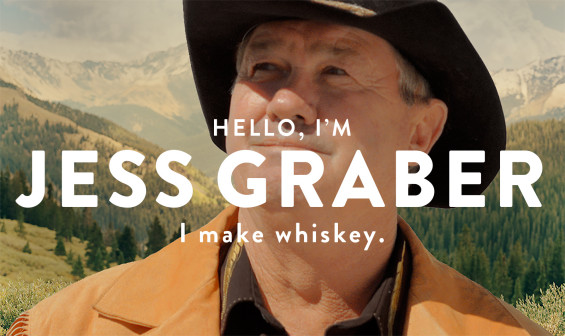 Sitting between the big-distillery old guard and the new-wave ‘kids’ is Jess Graber of Stranahan’s. Founded in 2004 after volunteer firefighter Jess met brewer George Stranahan while fighting a blaze at Stranahan’s barn, it is one of the earlier craft-whiskey distilleries and the first to appear in Colorado. Their whiskey became really popular and they rattled through stocks particularly quickly, having to reduce allocations around the USA and beyond. Eventually they had to stop selling it outside of their home state – even we’ve not been able to get Stranahan’s since 2009. Fortunately they’ve got things back under control and we hope to see their whiskey flowing around the world again soon.

But Stranahan’s isn’t the only whiskey taking up Jess Graber’s time. He is also the name behind a new whiskey: Tincup. Jess has selected mature whisky from MGPI, a large producer currently making some of the best rye and bourbon in the USA, and created a whiskey to his specification, without the lead time of distilling and maturing it himself. In the USA, they call this ‘sourced whiskey’ – basically the same as an independent bottler or blender in Scotland.

Rather than following the path of many sourced whiskies, where they simply pick a ready-made whiskey from a menu, Jess has selected spirit made to a number of different recipes and blended them to create something different. From our investigations online, it looks like he combines a whiskey made with a very high rye recipe (60% corn, 35% rye, 5% malted barley) with one made with a lower but still quite high rye recipe (75% corn, 21% rye, 4% malted barley) in a 3:2 ratio, to produce something big and spicy, but still sweet and easy drinking. 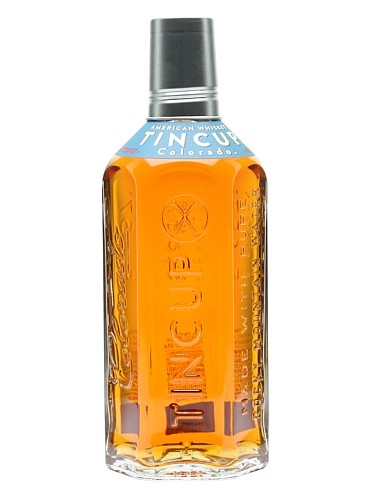 There’s definitely a bit of marketing involved here, with a big emphasis on Colorado (they bottle it at Stranahan’s in Denver, cutting it to bottling strength with local water, so it’s not a completely spurious claim) and a beautiful tin-cup-topped bottle put together by top designers Stranger and Stranger, but fortunately the spirit lives up to it.

Around the office it’s already been a bit of a hit in Old Fashioneds, with the slightly drier take on bourbon working well with sugar and bitters, as well as in Manhattans, where the rye spice helps it stand up to a slug of Antica Formula or Cocchi Vermouth di Torino.

While people are understandably sniffy about some of the sourced whiskies that have appeared on the market in recent years, hiding behind brand and concealing their nature, Jess Graber has been upfront about Tincup. The company website may not delve into the nature of the spirit, but Jess himself has been telling anyone who asks about his new whiskey: he’s sourced spirit from a great producer, used his expertise as a blender to make something uniquely his, and put it out into the world with his face all over the company website. Good work, Jess.

Nowhere on the bottle or the website is it explained that this is sourced whiskey. It’s passed off as Colorado whiskey and designed to deceive customers. You say he is upfront about it, I say he is deceptive and I bet most that buy this have no idea that it’s distilled outside Colorado.

As I say in the post, Jess Graber himself is honest about it, as can be seen with a few minutes searching online, but the website doesn’t help the sourced whiskey issue any. Don’t confuse the man with the company that he is publicly, and honestly, speaking for. We hope they’ll be adding more detail to their site soon.

Tincup – Colorado whiskey from Indiana – American whiskey is booming. From the rye explosion (an explosion in… http://t.co/9CmKlPoEP2

The mashbill of Tincup is likely slightly different as the “high rye” mashbill at MGP (formerly known as LDI) is 60/36/4 (http://www.mgpingredients.com/product-list/Bourbon-36-Rye.html), not that it is going to make any noticeable difference! 60/35/5 happens to be the high rye mashbill of Four Roses. It is not the first time such a blend of the two primary rye bourbon mashbills has been done. Another example is the Faultline bourbon created for a California store by yet another distillery, Smooth Ambler. They both source MGP whiskey (and do a good job selecting barrels I might add) as well as distill their own bourbon. Their own whiskey is a “wheated” bourbon mashbill that is getting close to 3 years old by now. Early versions of it have been released under the name “Yearling”. I am generally more inclined to support Smooth Ambler which has done a much better job generally speaking about being up front with their sourcing.

That’ll teach me for not checking mashbills at the source 🙂

I wouldn’t expect Tincup to be doing a High West-style mixing of distilleries, especially as I’ve heard that Four Roses are getting cagier about letting their spirit out into the wild without their own label on it, so I suspect it is just MGP spirit that is being used. Smooth Ambler, as well as High West and a few others, have been very up-front about their whiskies being sourced and I very much approve. I don’t know what Tincup are allowed to say contractually, but I’m pleased that Jess Graber is telling people a bit more about what’s in the bottle, even if their own website is a little shy.

[…] Created by Jess Graber, the founder of Colorado distillery Stranahan’s, Tincup is an easy-drinking bourbon whiskey with a good amount of rye spice, and has been a hit at the last couple of shows. You can learn more about the whiskey over on The Whisky Exchange Blog. […]