I have to admit I wasn’t all aboard the whole “craft distilling” boat when I heard that we were bringing the likes of Corsair, Balcones, and Redemption into the UK for the first time, but after two public appearances of these whiskies in the span of a few weeks I am beginning to believe that I need to start taking the craft distilling movement more seriously. 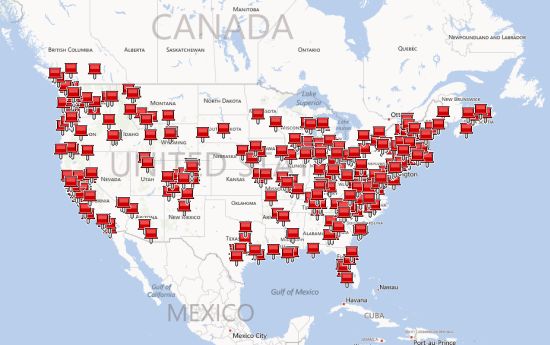 America has always been know for its great wine regions (California, Oregon, New York) and also its craft brewing, where there are over 2,000 micro-breweries spread out over 45 states, but micro-distilling seems to take a back seat for the last decade or so, until now. There are around 300 craft distilleries in the U.S.A at the moment, up from 50 back in 2005, and according to Michael Kinstlick, CEO of Coppersea Distilling, this number could swell to over 1000 in the next decade.

Why is craft distilling so popular all of sudden? You can attribute some of this to the growing popularity of Bourbon and Rye globally, the demand for high quality, hand-crafted spirits from both the consumer and the on-trade, and the fact that the recent relaxing of state laws in America has made it easier for interested parties to set up distilleries. This isn’t always necessarily a good thing as there are a number of whiskies that are being released out in the market that are absolutely vile, but we are seeing some amazing spirits being released as well and finally they are getting the chance to grow in markets such as the UK.

Which brings to me to the reason I am writing this in the first place! I recently had the privilege of gathering with some very special guests to unveil the whiskies of Balcones Distillery. I had a little experience with Balcones when pouring them at The Whisky Show this year, and it was well received by a good number of people, but this time I really wanted to dive in and get to know the distillery and the whiskies even more. 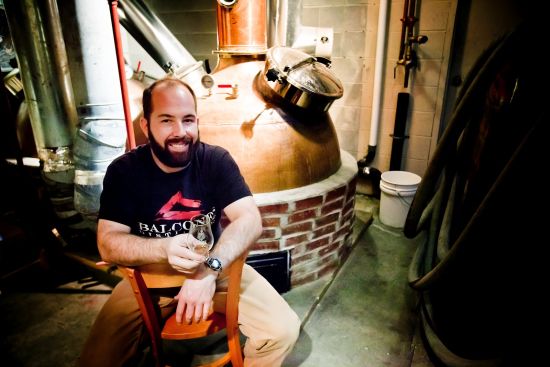 Balcones was first brought to life in 2008 by President and Distiller Chip Tate, in Waco, Texas. If anybody is familiar with the state of Texas then they will know the expression “Everything is bigger in Texas”, from the sheer size and population to the sports stadiums, but Balcones is bucking that trend with their the still operation that barely produces 1,00o liters of spirit, but what quality spirit it is! This is what true craft distilling is all about as everything at Balcones was hand-crafted from the ground up by Chip and his crew and it has become the first distillery in Texas since prohibition making whiskey legally. It has also claimed another first in that it is the only distillery making whisky from a roasted Blue Corn called Atole, which is used in their Baby Blue and True Blue expressions.

The name Balcones actually comes from the Balcones fault zone that runs from Southwestern Texas through the North Central region, including Waco. This zone has been claimed to contain the Ouachita Mountains that were formed 300 million years ago during a continental collision. Millions of years of erosion have left the remnants of this mountain range buried some 2,000-3,00o feet deep in the earth and as recently as September an earthquake had registered a 3.4 on the Richter scale. The story of Balcones distillery is just one of many being forged in America, where passionate, imaginative, and creative people are crafting some fantastic stuff.

Chip and his team are double distilling in copper pot stills, and using a mix of new charred American oak and European oak to mature the spirit in. Their casks range in sizes from 20 liters to 220 liters and are stored in a 60,000 square foot facility that will eventually be Balcones new home, and rumor has it that Chip is building bigger stills to accommodate the growing demand of his whiskies. It looks like the sky is the limit for this little gem from Waco.

Color: Amber
Nose: Campfires and Smokehouses, a salty twang, a caramel sweetness emerges underneath the smoke
Palate: Sweet smoke, a vegetal note appears, pepper and spice
Finish: Quite lengthy again and somewhat hot and spicy with the sweetness struggling to come through at the end

Nice article! I have found the Balcones products to be a mixed bag for me. Some I like, some not so much. But I appreciate the effort being made to produce something different. I should also note that it is perhaps not entirely fair to group Balcones and Corsair, both of whom distill their own spirits, with Redemption. While Redemption puts out some decent products as well they are primarily a bottler of spirits sourced from other distilleries and as such wouldn’t fit with what I think of as “craft distilling”.

Thank you for the kind words. I am in agreement with you about the hit and miss properties of some whiskies that are coming from smaller distilleries. There some incredible and interesting whiskey being produced but there is also a lot of subpar stuff being made as well. Although Redemption is distilled at a much larger facility it is produced in batches and in limited quantities in some areas. American Whiskey has become very confusing recently in regards to where the whiskey is produced and who is bottling it. 2 perfect exmaples: Templeton and High West. Both still bottle on a relatively small scale although High West is making it into more markets globally, but both have some of their spirit produced at other facilities. If we are talking true “craft” distilling then you are right Bruce as these distilleries are not obtaining spirit from any other location, but in terms of output Redmption could be on a level of Few or Balcones or Corsair. I think this is even going to get more muddled as these distilleries are becoming more popular and demand will reach a level where they will have to expand the distillery and/or source more spirit from other places and then we won’t really be able to label them craft distilleries:)