As the new boy here at TWE Towers the time has come that I must reveal myself to the world via a blog post. Hello, I am Billy. I’m a former computer programmer turned whisky blogger who now has the semi-official job title of “Tim F’s Minion”. That’s enough about me, on to some drink related wittering about something that I’ve recently become worryingly interested in – using single malt whisky in cocktails. 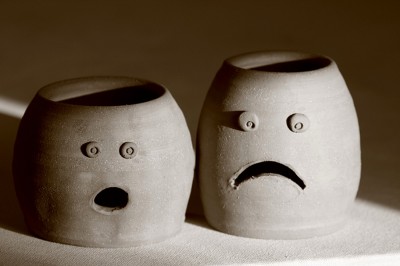 …both shock AND horror!

I can hear you moving to close your web browser, but hear me out – it’s not always sacrilege to mix single malt. When it comes to cocktails I’m a fan of what is increasingly being referred to as ‘classic’ cocktails – short, stirred or shaken, and not involving gallons of non-booze to stretch out the flavours. This seems to work well when playing with whisky, as working with the concentrated individualism of each different expression is more worthwhile than using the generally more similar flavours of heavily diluted whisky: ie. it makes sure you can taste the booze. That said, you need to be careful, as writing “Scotch” in a recipe is a bit like “spices” being an ingredient of a curry – if you choose the specific whisky wisely then the flavours can work well, but choose badly and you’ll end up with a dodgy drink. Here are a couple of cocktails that I’ve been drinking of late: 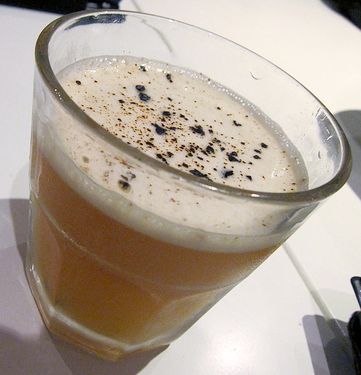 Shake with ice and then strain carefully (so as not to lose the foam) into a tumbler. Garnish with a crushed liquorice pastille.

The whiskey sour (with an e) has long been one of my favourite drinks and the idea of ‘breaking’ the recipe by using Scotch rather than American whiskey and adding liquorice to the mix worried me when I first saw it on a menu. However, as it was at 69 Colebrooke Row, curated by molecular cocktail king Tony Conigliaro, I decided to give it a go and was pleasantly surprised.

Tony used Cutty Sark, which I felt got a bit lost in the mix, and a specially made liquorice syrup, made in the lab above the bar, neither of which I had to hand, so I made do with whisky from my cupboard and some homemade liquorice vodka (steep soft liquorice in vodka for a few days and then run the liquid through coffee filters to remove any bits). I asked Tony what the crumbled garnish on top of the drink was and he presented me with an italian hard liquorice candy, not particularly sweet but very liquoricey. They are Spezzatina from Amarelli, as I discovered when I started stocking up at home – smash one of them up with the bottom of a handy coffee mug and you have a tasty liquorice dust for sprinkling over the top of cocktails.

The sour mix is the most important bit of this drink, as making it fresh changes this from being a cheap mixer/spirit combo into an actual cocktail. I make up a batch most weeks, taking fresh lemon and lime juice (in about a 2-1 lime/lemon ratio) and mixing it with an equal volume of 1-1 sugar syrup (equal volumes of granulated sugar and water left to slowly combine in a bottle over a couple of hours, encouraged by an occasional shake). It keeps for about a week, and deteriorates over that time, and when not using it in cocktails I dilute it with some water to make a refreshing agua fresca – posh lemon and lime squash. An average (smallish) lemon in the UK will yield about 35-50 ml of juice and a lime a bit less, so I’d make the sours up in at least two-three cocktail batches – the juice of a lemon and a lime doubled up with some sugar syrup. It’s definitely worth tasting this before mixing the cocktail as there’s no such thing as a standard lemon or lime when it comes to the sourness of the juice, and tweaking to get the right levels of sweet and sour for your palate is part of the fun.

Whisky-wise I went for Aberlour A’bunadh, the most sherried whisky in my cupboard. This is a cold cocktail which already has some strong flavours before you get to the whisky and I didn’t want it to get lost amongst the other ingredients. Rather than try and punch through everything else with a smoky note I decided to see if a bit of silly sherry would do the trick – it did. A slab of sweet’n’sour from the citrus and a hint of sickly but earthy sweetness from the liquorice, all balanced by the rich sherried flavour of the A’bunadh. 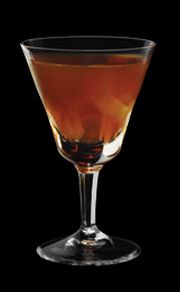 Stir with ice and strain into a cocktail glass. Picture and recipe from the Kamm & Sons website.

Kamm & Sons (formerly known as Kammerlings) is a fairly recent arrival on the market, and is a bit of a weird one. I rather like it in part due to a bit of sense-memory from my childhood, when I lived in Vienna. On the checkouts at the supermarkets over there they sold miniatures of Kräuterbitters (herb bitters), probably Jägermeister, and I remember managing to smuggle the occasional illicit bottle back to the UK. I hated the stuff, with its strong bitter wood and herbs, but I have still have fond memories of inflicting the tiny bottles on other unsuspecting victims. Now that I’m older, and my palate has grown up a bit, I rather like more bitter drinks and the Kamm & Sons reminds me of the herbs and wood from my youthful escapades while at the same time cutting off just before the overly bitter flavour, that I’m still not a big fan, of kicks in.

The idea behind this cocktail is less using whisky as a main flavouring ingredient and more as a seasoning, although as a little bit of smoky whisky goes a long way the flavour doesn’t get lost. The Punt e Mes adds a bit of Pedro Ximinez-like richness to the Kamm & Sons wood and herbs, and the whisky should provide a base note of peat and smoke for the other flavours to hang off.

Whisky-wise I chose Smokehead, as it lives up to its name – a nice big burst of peaty smoke both on the nose and in the mouth. This cocktail will hide a lot of the complexity of flavour that lies beneath the smoke, so digging out a flinty Caol Ila or a sweet Bowmore would feel like a waste, but a small slug of the Smokehead (I went for about double the recipe’s measure of whisky in my final ‘experiment’) created a peaty bed for the wine and wood of the other ingredients to rest in.

So, with my first post I have dropped a bit of sacrilege on the sacred ground of the TWE Blog. Feel free to call me out in the comments below or even, if you dare, tell us if you use whisky (rather than whiskey) when mixing drinks. I can’t be the only one…

Many thanks to Martin Cathrae on Flickr for CC licensing his picture of his rather excellent egg separators that’s at the top of this post.

[…] So as not to leave the blog fallow here’s a quick post pointing you at another post – my first post on the TWE Blog, talking about whisky cocktails. Feel free to go and add a comment (that’s the last time I […]

[…] up a trio of drinks that he has designed for us. While I’ve wittered to little effect about whisky cocktails in the past, Ryan properly knows what he’s talking about and will be showing off how whisky can be an […]

[…] a big fan of using single malt in cocktails (if it’s done appropriately) and my first post on the blog was even about doing so. It’s all about choosing your ingredients correctly, and Diageo […] 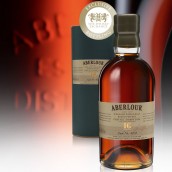 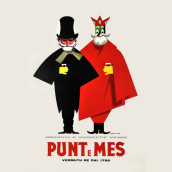