We’ve got some exciting news about The Whisky Exchange Whisky Show today on TWE Blog, as I’m announcing the first of this year’s Masterclasses!  And you’d better strap yourselves in, because it’s a stunner…

To maintain the standards of previous events and deliver the extraordinary levels of of awesomeness that our many fans have come to expect and demand, we’re really pushing the boat out for the Masterclasses at this year’s Show.  The first of our whisky shows in 2009 featured classics from the Rare Malts series and a now-legendary Port Ellen Annual Releases verticale, while last year’s event featured an astonishing Clynelish / Brora face-off hosted by the maestro himself, Serge Valentin, AND a mindblowing Dalmore masterclass where one lucky punter got to try the Dalmore Trinitas.  Tough acts to follow, you might say. 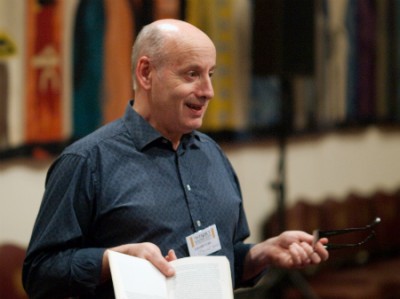 However, with this being the first year of The Whisky Exchange Whisky Show as a solo act, we thought we’d better pull out all the stops once again.  In truth, dreaming up fantasy whisky tastings and then making them happen is one of the most fun aspects of organising the UK’s greatest whisky event (it certainly beats comparing the relative merits of fancy shell schemes for the exhibitors, believe me).

So we’re delighted to announce that we’re launching our Masterclasses for this year’s inaugural Whisky Exchange Whisky Show in style with a full-blown, lock-up-your-tastebuds Managers Dram Sherry Heaven tasting.  Our friend and co-conspirator Colin Dunn from Diageo will be taking us through this high-octane thriller, with a selection of FIVE cask strength sherrybombs from the classic Manager’s Drams range bottled in the 1990s by United Distillers / Diageo. 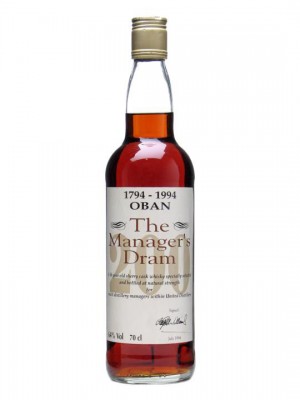 Now, let’s clear up any possible confusion here right from the start.  Not to be mixed up with the recent Managers’ Choice series, the Manager’s Drams are a selection of phenomenal cask strength whiskies which rarely see the light of day.  Only one Manager’s Dram whisky is chosen each year  by Diageo’s distillery managers after extensive tastings of their finest stocks; these special single malts are normally only available to company staff and consequently are spoken of only in suitably reverential hushed tones by the nerderati.

Obviously, then, these whiskies are not normally available to the public, so we are doubly thrilled to be able to bring you a one-off tasting of the very finest of these extremely special drams.  As far as we’re aware, this is the first time ever that a line-up of these whiskies has featured in a public tasting.  All of the drams in question were bottled in the 1990s, and all are over 60% abv.  Seriously.

There’s another theme to this tasting though, and that is SHERRY.  Not just ‘sherry’ but SHERRY.  It would seem that the United Distillers / Diageo Managers of the past were definitely SHERRYheads, as a string of legendary high-strength SHERRIED drams graced the series.  We’ve picked five of the best for this tasting.
Clynelish 17yo / 61.8% / Released 1998
Cragganmore 17yo / 62% / Released 1992
Glen Elgin 16yo / 60% / Released 1993
Oban 16yo 200th Anniversary / 64% / Released 1994
Caol Ila 15yo / 63% / Released 1990 (Incidentally, if you can get your hands on one of these Caol Ilas nowadays, expect to pay around £800-£1000)
It’s pretty obvious that the distillery managers in those days were no wimps – with all of these whiskies clocking in at over 60% this is a pretty hardcore line-up, and obviously it goes without saying that you’ll need to be a fan of sherried whisky.  But for the dedicated sherryhead, we thought this could well be the Best. Tasting. Ever. Perhaps even cooler than Buckaroo Banzai. 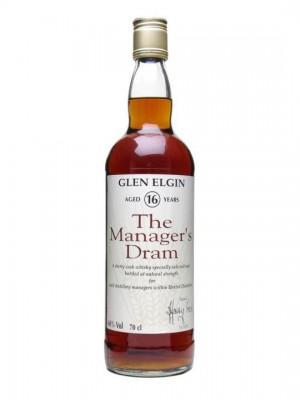 One of the greatest ever Glen Elgins

Tickets for this earth-shattering event will go on sale on the TWE Whisky Show Ticketsource page next Wednesday 18th May at around 1pm, priced at £45 each.  The tasting will be a suitably brilliant finale to the Saturday Show on 8th October and of course will only be open to Show ticketholders – get your day or weekend tickets here, if you haven’t already done so.
Now, this is important: To keep it fair and to give everyone a chance, there will be a maximum of two tickets per customer for this tasting.  We don’t want any squabbling or unpleasant scenes.  If you want to attend, please be aware that you’ll need to be quick off the mark, and if you don’t get a ticket, please take it in good heart as there are several more great Masterclasses to be announced soon.
Spread the word, and Good Luck!!