Havana Club is one of the biggest-selling rums in the world, and they’ve earned their spot at the top. They can trace their rum-production pedigree back over 130 years, and in that time they’ve seen revolution, trade embargoes, trademark disputes and more, but have still continued to produce excellent spirit. 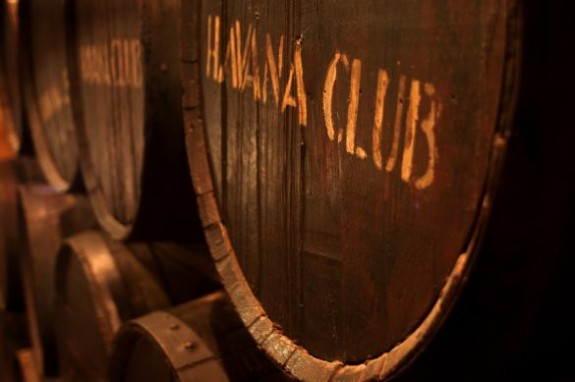 Some casks of rum, waiting…

The Havana Club name appeared in 1934, created as a new brand by the Arechabalas, a Cuban distilling family. They sold the rum both at home and abroad for a few decades, until a small political matter got in the way: the Cuban revolution. Castro’s fledgling government nationalised the Arechabala distillery and the family fled the country. Rum production didn’t stop and over the past 50 years Havana Club has grown, especially since 1994 when Pernod Ricard – whose portfolio of drinks includes everything from Aberlour whisky and Suze liqueur to Mumm Champagne – partnered with the distillery to sell their range overseas.

Cuban rum has a distinct character: a less weighty style than found on other Caribbean islands, but still packed with flavour. This makes it an ideal candidate for cocktails, as you get all the rumminess but without the dark sugars that often drag down heavier rums. Even the Havana Club 7, aged for seven years and rich with mature flavours, is light on the palate. It’s a tasty sipper, but also shines in cocktails that would often be more associated with white rum. 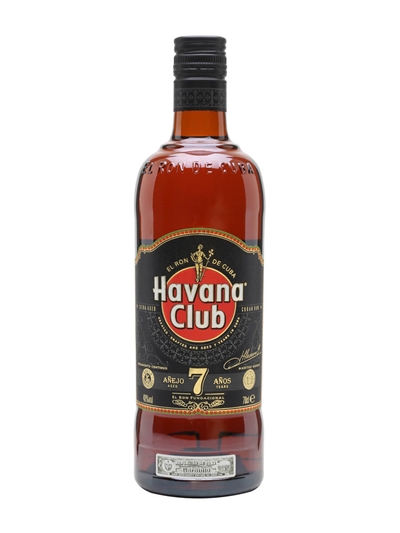 Nose: Rich brown sugar, with lemon zest and candied lemon slices cutting through the sweetness. Spiced cake batter, with mixed peel (heavy on the orange) and a swirl of maple syrup.

Palate: Barley sugar sweetness to start, followed up by cinnamon-spiced baked apples, milk chocolate and toffee sauce. Before that gets cloying, dark and bitter charcoal notes develop, taking the edge off while keeping things sweet.

Finish: More apples with more of the toffee sauce and a sprinkling of nutmeg, lasting on the palate for a surprisingly long time.

Comment: Despite the heavy-sounding tasting notes, this is remarkably fresh and light for a rum of this style. It does, however, pack a dark and sugary punch, easily enough to make itself known when mixed.

I’m a latecomer to rum cocktails, with Old Fashioneds my only dabbling for years. However, after some discussion with bartenders and drinks writers, and a thorough telling off from all of them for my lack of imagination, I’ve looked a tiny bit further and fallen in love with the Daiquiri.

While I like a fresh summer cocktail, with Daiquiris I prefer to use a rum with more weight and flavour – while alcoholic citrus juice is a nice thing, I usually look for something with a bit more depth. Havana Club 7 fits the bill, adding the dark rum goodness that I’m after, without making things too heavy.

Everyone has their own proportions of ingredients when it comes to making a Daiquiri, but here are mine:

Chill a cocktail glass in the freezer before starting. To create the drink, add the ingredients to a shaker with lots of ice and shake until very cold. Double strain into your frozen glass and garnish with a slice of lime.

It’s a drink to play with. Everyone I’ve asked has given me a different ratio of ingredients, and minor tweaks can make big differences. Get out there and experiment.

#Whisky Havana Club 7 – a Cuban revolution: Havana Club is one of the biggest-selling rums in the world, and t… http://t.co/dH55sTYLql