Japanese whisky has never been more popular, winning awards left, right and centre as well as offering Scotch drinkers an alternative – but not radical departure – in flavour. Recently I met Nikka’s Didier Ghorbanzadeh to learn about the company and taste through the range. Ghorbanzadeh is Nikka’s Paris-based whisky brand manager, based in the suitably monickered rue Gustave Eiffel. 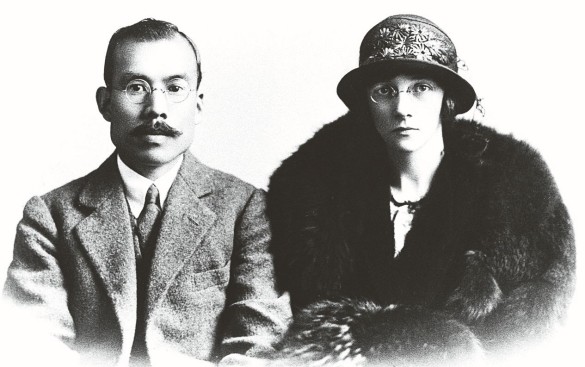 The Nikka story begins with a key figure in Japanese whisky history: Masataka Taketsuru. Born into a family of sake brewers, Masataka started working for Settsu Shuzo, a spirits company based near Osaka. He was sent to the UK in 1918 to learn as much as he could about the Scottish whisky industry. Once there, he enrolled in an organic chemistry course at Glasgow University, and had apprenticeships at three distilleries: Longmorn in Speyside, and the now-closed Hazelburn and Bo’ness sites.

While in Scotland, Masataka met his future wife, Rita. They married in 1920 and returned to Japan as a couple the same year. Unfortunately, economic woes caused Settsu Shuzo to abandon their whisky-making plans, so Masataka then went to work for Suntory (known at the time as Kotobukiya). There, he set up Yamazaki distillery, which opened in 1923. He finally founded his own company, Dainipponkaju (‘great Japanese juice company’) in 1934, establishing Yoichi distillery the same year. Its location, on Japan’s northernmost island of Hokkaido, was far from ideal, but Masataka thought the climate was perfect, and reminded him of his time in Scotland. 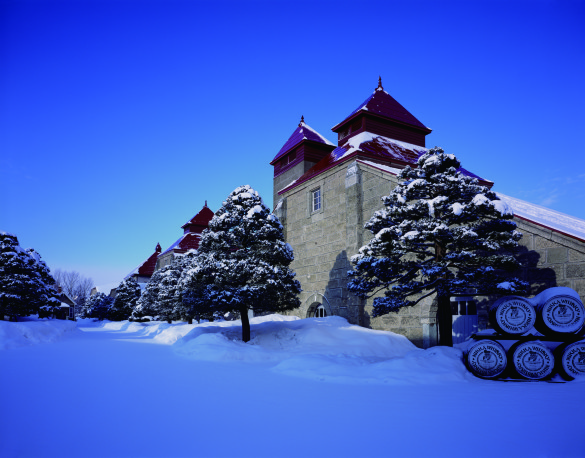 Yoichi Distillery is located on Hokkaido, and was chosen for its Scottish-like climate

The first Nikka whisky was released in 1940, along with an apple brandy (we have a special anniversary bottling), using local Hokkaido fruit. It wasn’t until 1952 that the company changed to The Nikka Whisky Distillery Company, ‘Nikka’ being an abbreviated version of DaiNIpponKAju. And in 1969, the company founded its second distillery, Miyagikyo, on the eastern side of the largest island, Honshu. ‘Kyo’ is Japanese for ‘valley’, so its Scottish equivalent would be Glen Miyagi!

There is a big difference between the spirit made at each distillery – Yoichi’s small, coal-fired stills produce a full-bodied and heavy spirit, while the stills are Miyagikyo are tall and slender, and powered by steam, giving a lighter, more elegant liquid. Yoichi has a much longer fermentation time, too: 120 hours, compared with 72 hours at Miyagikyo. The latter is where Nikka makes its grain whiskies and also its Coffey Malt, a 100% malted barley whisky distilled in a Coffey still. 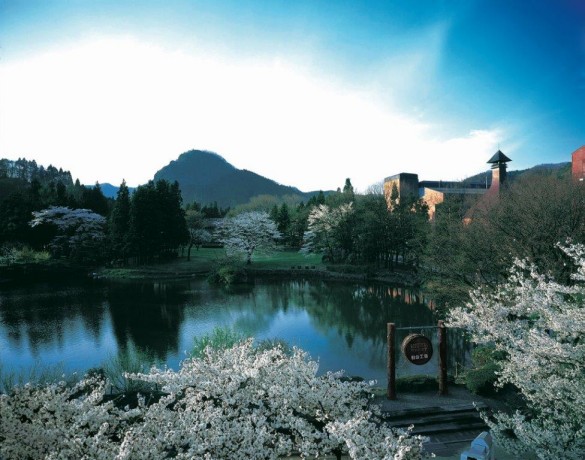 Miyagikyo Distillery was founded in 1969. Its whiskies are softer and more elegant than those from Yoichi

But the key to all of Nikka’s whiskies is all in the blending, even among its single malts. Didier said: ‘At Japanese distilleries, the blender is the main guy. Blending is a major philosophy in Japanese whisky, but that includes blending barrels and blending peat levels. For example, apart from our single cask whiskies, we always use a blend of barrel types.’

Another key point of difference with Japanese distilleries, explained Didier, is the use of clear wort, as opposed to cloudy. Clean wort gives clean, fruity notes, while the cloudy version, more common in Scotland, gives more pronounced notes of cereal and malt. Nikka only ever store their whisky barrels two high, to limit damage in the event of an earthquake.

Masataka Taketsuru died in 1979 at the age of 85, and was still drinking plenty of whisky up until the end, served mizuwari style (with ice and still water). His influence on Japanese whisky cannot be overestimated. In a way, the Japanese industry began as a homage to Scottish whisky, but refinements over the years have seen it differ – albeit subtly – and assume its own character. In my follow-up post, I’ll be picking my favourites from the Nikka range, from the soft and fruity Nikka Pure Malt Red to the savoury and peaty Yoichi 10 Year Old.

RT @WhiskyExchange: Over on the blog, we look back at the story of Nikka Japanese whisky http://t.co/YsXP3q5cRn

RT @WhiskyExchange: Over on the blog, we look back at the story of Nikka Japanese whisky http://t.co/YsXP3q5cRn

Can you please make those last two images available in full size so we can nick them for desktop wallpapers?

[…] my previous post, we looked at the history of Nikka Japanese whisky, the realisation of Masataka Taketsuru’s […]

[…] from a coloured high-alcohol shochu. However, this all changed when one man, Masataka Taketsuru, went on a mission and studied whiskymaking in Scotland. He returned to recreate the Scottish style in […]

[…] about Japanese whiskies is fascinating. From their history, closely linked to Masataka Taketsuru, who travelled to Scotland to learn the craft in the early 1920s, to an uncompromised dedication to […]