Another week and another masterclass has been announced for The Whisky Exchange Whisky Show in October. It’s a slightly different look at a whisky tasting to normal, instead matching up flavours between the different bottlings, looking for the taste of exotic fruits. 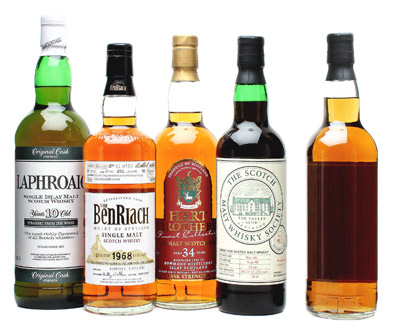 The line-up features some incredible hard to find whiskies from Bowmore, Benriach, Laphroaig and Lochside as well as a sekrit mystery dram, a new and rather special bottling from TWE that will be released at the show.

Not only will the whisky be rather special, but the tasting will also be led by veteran whisky expert and writer Dave Broom, who will be adding his usual stamp to the session’s proceedings.

You can find full details of the masterclass on the TWE Whisky Show website, but in short it will take place during the Saturday 8th October session of the show at 2.45pm, and tickets go on sale on Monday 1st August priced at £55 and a limit of two tickets per person. See you there…

[…] bar for UK whisky festival tastings, and every year since has seen some truly memorable moments and out-of-this-world whiskies for our lucky attendees to taste. We’ve worked very hard over the years to continue this […]