Dalmore 64 Trinitas at The Whisky Exchange

5 Comments on Dalmore 64 Trinitas at The Whisky Exchange

Every so often something pretty amazing happens.  Beyond which, now and again, something happens that could be sensibly described as phenomenal. 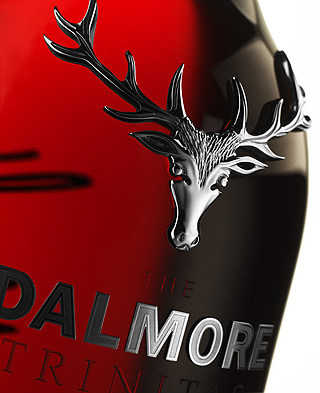 Dalmore 64 Trinitas - a legend in the making

Working in partnership with The Whisky Exchange, the Highlands’ most prestigious distillery The Dalmore has created a whisky destined to go into the history books as one of the most precious single malts ever made: The Dalmore 64 Trinitas.

The story of Dalmore 64 begins with the original “ultra-premium” whisky – the Dalmore 62, a legendary whisky which appeared shortly after the turn of the millennium.  Only 12 bottles of Dalmore 62 were produced, each with a slightly different presentation – and of the twelve, nine were given away to VIPs, with only three ever making it onto the general market.

Of those three, one was sold at auction in 2002 by McTear’s.  The other two were sold by us – one to a private collector and the other to a posh hotel in Surrey, who famously flogged it for over £30k to an Asian businessman who promptly sat down at the bar and necked it with his mates (what a hero!). 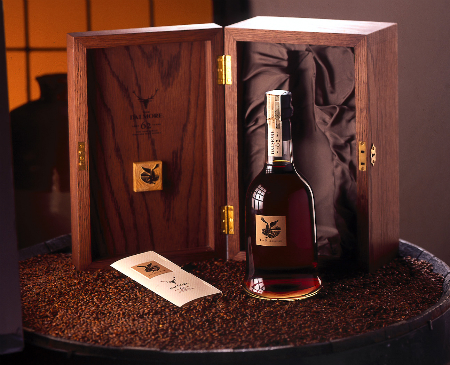 Following the enormous blaze of publicity that this momentous occasion generated, we were approached by a lot of very wealthy clients desperate for a bottle of the Dalmore 62 – but no more remained.  We told these people that even if we could get our hands on a bottle, the likely cost would be fifty to sixty grand.  We were told not to worry about that – just find the bottle.  Yet we never could, and the mystique of this truly legendary bottling remains.  We still get asked about it, but to be honest there’s no certainty that any of those famous bottles still exist.

Which is why Sukhinder went to Dalmore to see if any more 62 could be made.  They said no – but they did have something even more special.  It would appear that the last few litres of liquid left over from the blend of 1868, 1878, 1926 and 1939 vintages that made up the Dalmore 62 had been topped up with a vintage from the 1940s and left to mature in a specially made 9-litre cask which had been seasoned with ancient Dalmore and the stickiest Oloroso and PX sherries, and kept in the office of The Dalmore’s legendary frontman Richard Paterson.  The Dalmore 64 Trinitas is a fitting tribute to the skills of the great man, appearing in the fortieth year of his unmatched contribution to the industry.

So, a successor to the near-mythic Dalmore 62 has finally arrived.  This time, of course, there’s only three bottles – hence the name.  And, as a result, the price is a record-breaking £100,000. The term ‘liquid history’ has been bandied around a lot since John Burns coined it to describe the Thames, but for the first six-figure whisky it must be the most apposite description. 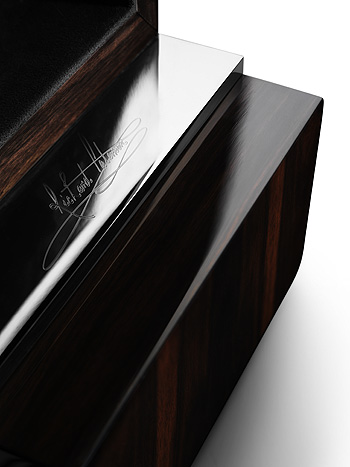 The record-breaking price tag for The Dalmore 64 Trinitas will no doubt be much discussed, but sceptics must be pointed to the fact that two of these bottles are spoken for already – one to an American collector who caught wind of the project and got in early; and one to Sukhinder, who has worked bloody hard on bringing this project to life and deserves to enjoy the fruits of his labour.  The remaining bottle of Dalmore 64 will be sold through The Whisky Exchange, on a first come, first serve basis.  If any oligarchs happen to be reading this and reckon it might be up their street, you can read more about it and register your interest here.

The argument against very expensive whiskies mostly revolves around the idea that one shouldn’t care about them as no normal people ever get to taste it.  I’ve always thought such an argument to be a pointless exercise in stating the bleeding obvious.  It’s pretty self-evident that on a planet of 6 billion and counting the vast majority of us will never get our hands on any single malt, let alone have the wherewithal to spend three times the national wage on something so rare only three people will ever own one.

Er, what’s the big deal?  I like driving, but I don’t beat myself up over the fact that I’ll never own a Bugatti 57SC (there’s only three of those as well, by the way, and the last one went for $30 million).  I certainly don’t think they should stop making Lambourghinis or Ferraris just because scribbling about whisky won’t buy me one.

So here’s the good news – before disappearing into its new owner’s bank vault, the Dalmore 64 will be going on display at this year’s Whisky Show!  Yes, us mortals will be able to see (if not touch) the last remaining bottle of this soon-to be-legendary whisky.

Amazing, eh?  Well here’s the phenomenal part: one lucky punter at The Whisky Show’s Saturday session will get to taste the Dalmore 64 Trinitas.

No, really.  One ticket-holder will be chosen at random to join the sold-out Ultimate Dalmore masterclass.  That person will taste five of the greatest Dalmores ever bottled at this tasting.  For free.  At the end of the tasting, that person will be given a sample of a whisky only a handful of people walking this silly little planet will ever live to taste.

There’s still time for you to be that person.  More details here. 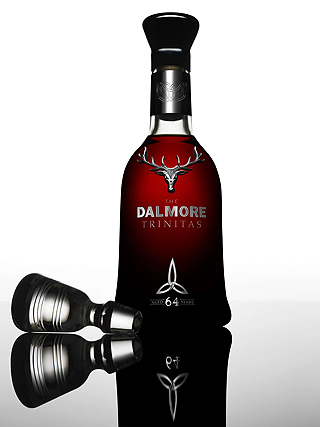 The Dalmore 64 Trinitas - bow down, mortals

Role on saturday, been waiting since last years show. The best whisky show around!!!

So did anyone buy the bottle yet and who was the lucky winner who got to try the Whisky?

All will be revealed shortly, Tatu 🙂