Have now returned from a delightful week in Wales, strolling on beaches, walking on cliff-tops and breathing smog-free air that hasn’t passed through several million internal combustion engines.  My one regret during my enjoyment of this pastoral idyll was that my pesky inability to be in two places at once forced me to miss one of the tastings of the year down at TWE Vinopolis – Talisker vs. Borough Market. 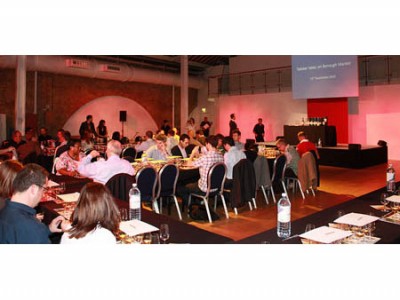 The expectant punters at Vinopolis for Tally vs. Boro'

Thankfully, my role as rememberer and wordwriteyman was ably filled by TWE Vinopolis’s Chris Bolton, who has filed the following report for the blog.  Take it away, Chris!

Earlier this week, TWE Vinopolis hosted something of an über-tasting with Colin Dunn from Diageo/Classic Malts/Reserve Brands/etc. It involved a plethora of Taliskers (or Talii??) paired with different types of produce from a variety of vendors in the nearby Borough Market. That is to say, produce that one would expect to pair well with the fiery, chilli-fuelled bonfire that is Talisker (there is a damn fine Paella stall in the market, but…).

Everyone was treated to hearty measures of 7 different expressions of Talisker, ranging from the humble but never under-rated 10yo, through lesser known expressions like the 175th Anniversary bottling, the stable Distiller’s Edition, and up to the glorious 25yo, and ending with something of a show stopper – the truly grandiose 30yo. Each of the first 5 expressions was paired with a specific foodstuff, as follows: 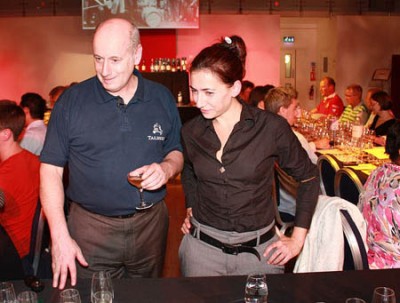 The mega-talented Esther Medina Cuesta, and the not-quite-so-good-looking-but-still-a-lovely-chap Colin Dunn 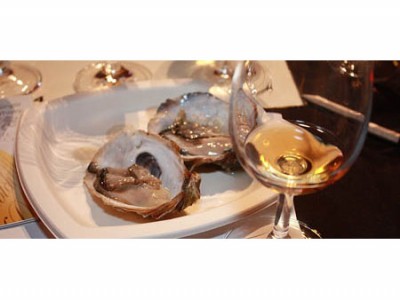 Now Oysters, like heavily peated whisky, have a much divided appeal. They can often elicit a reaction akin to unknowingly confusing your mum/wife/sister’s dermatological ointment in the fridge for cream cheese [Chris, please tell me that that’s never actually happened to you. – Ed.]. If you like seafood though, I would highly recommend giving this a go.
I happen to absolutely love oysters, and the saltiness of them goes unbelievably well with Talisker. The brininess from the oysters marries beautifully with the seaweed and smoke from the whisky to form an incredible olfactory sensation. If God created earth and all life on it, he created Talisker to go with his oysters! [For pity’s sake, Chris, let’s not get into a debate on the nature of any hypothetical Supreme Being’s personal food-matching choices in case we offend anyone.  You know what those religious nutters are like with their fairy stories and their weird scary eyes. – Ed.]
************************************** 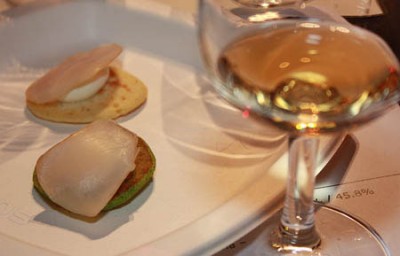 Talisker 18yo, 45.8%, with Smoked Scallop and crème fraiche blini
Go on. Ask. Don’t be afraid, no one will laugh. What the hell is a blini? And for that matter, what’s a pea blini? Well I can tell you, having had to ask the question myself, that they’re Russian. Sort of like really small pancakes, and usually made from buck wheat. A pea blini (or ‘blin’, to use the correct singular), also has mushed green peas in it.
Haley, from The Hebridean Smokehouse, had cooked off the alcohol from some 10yo too, and mixed it in with the crème fraiche to give it a little extra punch. These were absolutely delicious, and I could happily have sat there eating hundreds of them like little fishy crisps. The 18yo has a really nice peppery smoke that helped to lift the character of the scallops.
************************************** 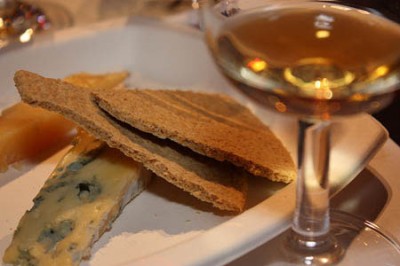 Some delicious cheese with Talisker 175th

Cheese and whisky might seem a little odd to some, or appear to be jumping on the old ‘port and cheese digestive’ bandwagon, but it really does work. Montgomery’s Cheddar is one of my all time favourite cheeses, and while I’m not a big fan of blue in general, the Strathdon was exceptional. They both worked really well with the earthy must of the 175th Anniversary. Almost like being teleported to a rural farm in Northwest Coast of Scotland. 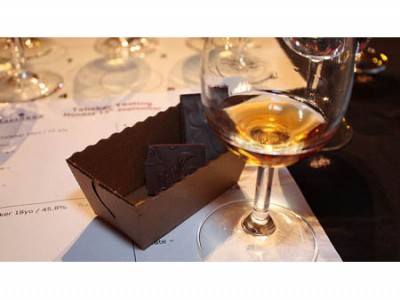 Some lovely choccy with Talisker DE

Talisker 1998 Distiller’s Edition, 45.8%, with 65% St. Lucian Cocoa Chocolate
This was a great finale, and while scallops, oysters and Montgomery’s Cheddar can be a little hard to source, there is no reason not to try whisky and chocolate yourself. We were told that this particular blend of St. Lucian cocoa worked the best with the D.E., which I’m sure the hosts took great delight in ‘researching’. It would be tricky to recreate this combination, but you could try some Green & Black 70% Cocoa with a good, heavily sherried whisky like Glendronach or Dalmore. Let the chocolate melt on your tongue for a few moments, and then coat your mouth in it before taking a sip. If you’re ever trying to introduce a member of the gentler sex to the finer delights of malt whisky, this is a perfect in!
**************************************
Each vendor from the market spent a few minutes giving us a spiel about their produce. Once our palates had settled down from the choco, Colin returned to finish us off with the 25yo & 30yo. 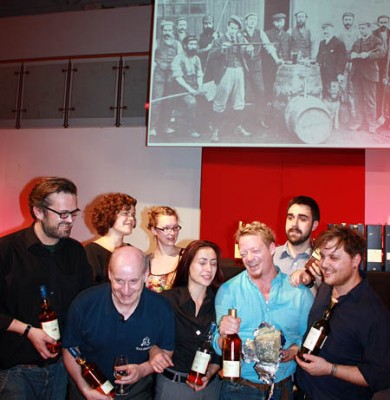 Talisker vs Borough Market = Everyone Wins (except for unfortunate bloggers who couldn't attend through no fault of their own, but who certainly aren't bitter in the slightest and would never stoop so low as to try and exact a petty revenge by making cheap jibes in the photo captions)

If you have any thoughts or experiences matching food and whisky, feel free to share them here. Kilchoman Kedgeree perhaps? A Strathisla Stroganoff with a Banoffee and Banff dessert? And you could wash it down with a Caol Ila Colada! [If you’re brave enough to try and say ‘Caol Ila Colada’ out loud in a bar after a few drinks. – Ed.]
**************************************
Many thanks to Chris Bolton for this worryingly cogent, readable, well-written whisky blog.  The bad news is that normal service will be resumed in the near future after I’ve caught up with my work.

Marvellous and inspiring. Thanks for sharing!

Supremely jealous am I that I could not attend.

One of the very few things in this world that compare with whisky in the taste-stakes is scallops!

[…] whisky is fiery, peppery and smoky, but does it work with food? We hosted our first Talisker-themed food-pairing night five years ago at the TWE shop, so a sequel was long overdue. Diageo brand ambassador Colin Dunn […]