This just into my inbox:

“To celebrate this year’s Islay Festival of Malt & Music on 23-30 May, Diageo is once again making available two special Festival editions of its Islay Single Malt Scotch Whiskies. These very limited editions will be available only to personal shoppers, with a limit of one bottle per person. 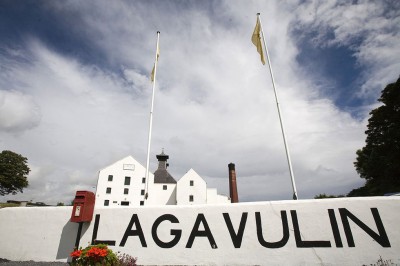 From Lagavulin comes a 14 year old expression of this famous Single Malt, from a European oak cask filled in 1995, and hand-picked from Warehouse No. 1 by Iain McArthur, long-standing warehouseman at Lagavulin distillery. This edition consists of 660 bottles. 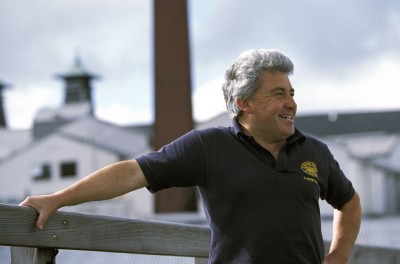 Both editions are bottled at natural cask strength, and will be on sale at £69.99.

Nick Morgan, Diageo’s Scotch Knowledge and Heritage Director, said: “The Lagavulin single cask edition for the Feis Ile has been a great success in previous years, and we hope this one will bring just as much pleasure to Festival visitors. The Caol Ila bottling is a first for us: I’m sure devotees of this Whisky will find it an interesting and satisfying dram. Both are genuine bottlings made specifically for this year’s Festival and are priced very fairly, we think, to meet the pockets of the hard-pressed Whisky enthusiasts who may have travelled a very long way, and at considerable expense, on their pilgrimages to Islay”.

So a bit of a scramble along the road through the Kildalton distilleries is indicated on Saturday 23rd of May, with both the Ardbeg and Lagavulin festival releases being released on that day.  Myself and pals from caskstrength.net are on the 9.45 ferry – hopefully there’ll be no unseemly stampede off the ferry once we hit land :).  I just hope we get there in time.

Well, I know they’re a bit more expensive than last year’s offerings, and I’m slightly surprised that the younger Caol Ila costs the same as the older Lagavulin, but I think I’ll probably end up buying both of these – providing the quality’s up to muster and if I can get my hands on them!

Let me know what you think in the comments below.

Very interesting, especially the Single Cask Caol Ila. Not too bad price-wise either, considering the way things are going. They will no doubt be snapped up in minutes.

The Laga has still been available in previous years after the release. In 07 I think, I only managed to get there on about the Thursday and there were still bottles left. Went a bit quicker last year but I still got one coming off the 1pm ferry without any trouble whatsoever.

I think (hope!) 600 bottles is enough such that those who want one will be able to get one. It’s when they get to the 200-type of number the stampede sets in!

Dear mate!
Greetings from Shizuoka, Japan!
Whisky is big here in Japan!
There are so many TV programmes on Scotch whisky here!
I might enjoy surprising you:
Check the new japanese tabloid + website at http://japan-i.jp/ and especially http://nonjatta.blogspot.com/
I live near Mount Fuji where a great whisky is made with absolutely pure water directly dug out the volcano!
This said, make a point to notify me on any new posting of yours!
Cheers and all that,
Robert-Gilles

Sorry, mate!
I forgot to mention that Hakkasan is the name of a famous Jpanese sake!LOL
Being in Shizuoka which produces the best sake in japan, i will orgive you!
take good care!
Robert-Gilles

I am dubious about this Caol Ila. I’d like to think its going to be a thick, dark sherry style tar fest like the managers dram was. However I remain dubious, it may just be a pale, watery excuse for a sherry cask that we see more and more often these days. But then again maybe I’m just in a very cynical mood tonight. Its all academic as I can’t afford one anyway. Everyone seems to be saying the prices are reasonable but as far as I’m concerned seventy quid for a 12yo whisky, single cask or not, is nonsense money. People only accept it because price hikes have become so common these days, when in actual fact its just a load of bollocks if you ask me. I’m in a very bad mood about whisky tonight for some reason.

That said, I’d agree that £70-ish for a 12 yo malt is a very high price and let’s just hope the contents are magical enough to match.

Absolutely. I will be tasting both bottles first to make sure they’re worth it. If anyone’s spending seventy quid on a bottle of whisky (whatever the age) they have a right to expect something pretty special.

I was lucky enough to try a cask sample from one of this year’s Ardbeg releases at a tasting last year, Martin, and it was awesome. I think it was cask 1179. £130 is a lot, but I’ll be getting one.

love this Whiskey I grew up in Scotland my husband loves Whiskeys have signed him up for your postings!

Tim – that’s great for you (and I don’t mean that in any sort of sarcastic way) but I am wondering if your average punter turning up on the Ardbeg doorstep is going to get a chance to try it? I do hope so – especially if it is as good as you say :-). As I say, they certainly wern’t handing out samples to the queueing masses last year at CI – though I could imagine that in your position (and again, no sarcasm or insult intended) you might have been able to get a try of the PE prior to purchasing.

Martin, fair point, but I’m sure there’s at least one Ardbeg tasting during the festival where the festival drams is on the menu – of course you’d have to be lucky enough to get a ticket for that, same as for the tasting where I had it (admittedly I didn’t pay as it was a TWE Vinopolis tasting so I was on duty).

We were blessed that night, very lucky as it wasn’t on the official line-up: Mickey brought the cask sample down as a surprise addition to the tasting (legend!).

Unfortunately they can’t give everyone at the festival a dram, there probably wouldn’t be much left to sell! My advice would be to go and visit Ardbeg early in the week, do the tour, be polite and friendly, buy a bottle of something in the shop and then ask a cheeky question – you never know, if they’ve got some there, and if you ask nicely, they might let you have a bit.

I wasn’t at the Feis last year, but I doubt there were any sample bottles of the PE at all – and honestly, Martin, you are grossly over-estimating my importance if you think I’d have been offered any! Sukhinder, perhaps, but not me (unless I was with him!).

In any case, I certainly won’t be going there expecting special treatment, I’m going as a fan (although I will still be blogging, more details soon). I know I’m very lucky with my job, but I don’t expect any special privileges. I’m just going for a good time with my friends and to drink some (hopefully) great whisky.