The Whisky Exchange Blog Review of 2020

No Comments on The Whisky Exchange Blog Review of 2020

Well. That was definitely a year. But hidden in among the various trials and tribulations of 2020 there were a load of excellent drink-related things, and, optimists that we are here at The Whisky Exchange, it’s time to celebrate them. So, without further ado, it’s time for the now-traditional (even if we did miss last year) TWE Blog Review of the Year – 2020 edition.

The beginning of 2020 was rather sedate, with a focus on low and no-alcohol alternatives (as well as some great alcoholic classics) in our excellently/questionably named No-Low-Status Quo feature. Burns night appeared towards the end of January, as it does every year (keep an eye on the blog for this year’s tips, coming soon) and we rolled quietly into spring. This year’s Rosebank Rose – Grace – (still three more to come) appeared on the website and disappeared just as quickly, with a St Patrick’s Day themed Irish Whiskey focus following in March.

Then things went a bit weird.

With the UK’s pandemic lockdown beginning in late March, things changed very quickly for us at The Whisky Exchange. With most of the team working from home – with the majority not having been back to TWE HQ since – we started looking into ways of bringing our drinks family from across the UK and around the world together. 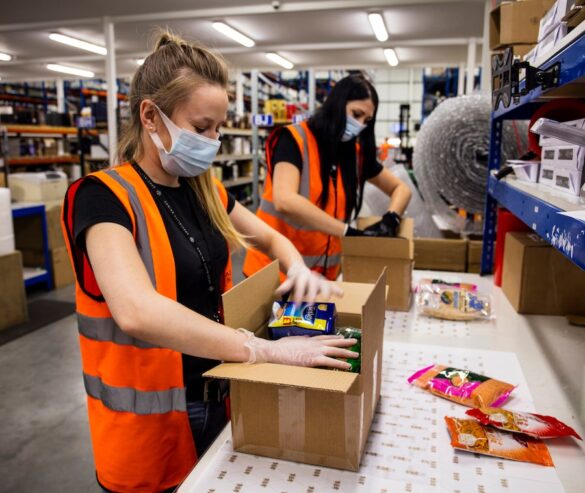 The Speciality Drinks packing team got to work filling boxes with supplies for drinks industry people struggling during the pandemic.

First, we turned to the bars of London. Since The Whisky Exchange started, we’ve been making sure that they’ve had the best spirits available at all times, and with their business disappearing overnight when they were forced to close, we decided to help. With many staff furloughed or laid off, Speciality Drinks – our trade wing – joined forces with Edrington-Beam-Suntory to create wellbeing packs for folks in the drinks trade who needed a helping hand: boxes of staples to fill gaps in their cupboards. This carried on through the year, wrapping up – for the time being – in November 2020, with more than 6,500 packs sent around the UK.

We then turned to the bars themselves, and, working with a selection of the UK’s finest establishments, put together a selection of make-it-at-home cocktail packs and ready-to-drink cocktails to let you recreate their signature drinks in your own kitchen – Bring the Bar Home. We had 13 packs complete with recipes and videos from bars ranging from the classic Rules and Blue Bar at The Berkeley Hotel, to modern London institutions like Trailer Happiness and Laki Kane, as well newcomers like Coupette and Kwānt. With a share of the proceeds from each pack going back to the bar who created it, the scheme helped out while the bars pivoted into running their own at-home deliveries.

You can watch it all on Tv

Having worked with our industry friends, our attention turned to our customers – you. With lockdown in full force, we wanted to find a way of continuing to share our love of great drinks, and jumped feet first into the virtual world.

It started with our virtual tastings. Every week from May to October, with a couple more in December, we ran an online tasting, with tasting packs available to buy from The Whisky Exchange website, and an interactive Zoom room open for anyone who had one.

Rum By Flavour was our first tasting, back in early May…things have come on a long way since then.

We also streamed them live on Facebook, so that anyone could join in. You can find 23 of them on YouTube in our Virtual Tastings playlist, and there are even a few packs left on the website if you want to join in.

But it didn’t stop there… 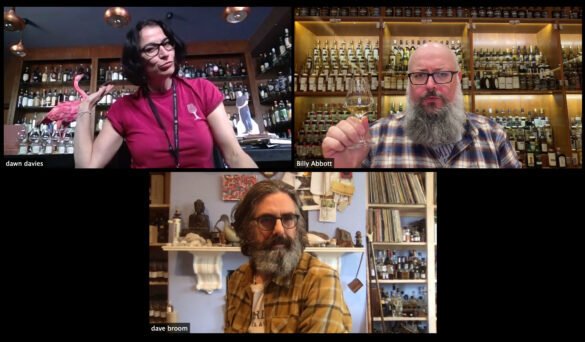 Hosted by a three-headed hydra of booze – Bubbles, barley and beer: head buyer Dawn Davies, writer Dave Broom and me – with assistance from WhiskyCast‘s Mark Gillespie, we covered everything from sustainability to inclusivity, with stops at distilleries around the world, chatting with the people behind the drams. And we drank some great whiskies, available as tasting packs to try at home – we even still have a few left if you want to join in.

We started the year by wrapping up our 20th Anniversary with a final selection of exclusive birthday bottlings – we had more than 50 special bottlings through our big birthday year.  Anniversary over, we continued to put out great whiskies, rums and more, all exclusive to us. 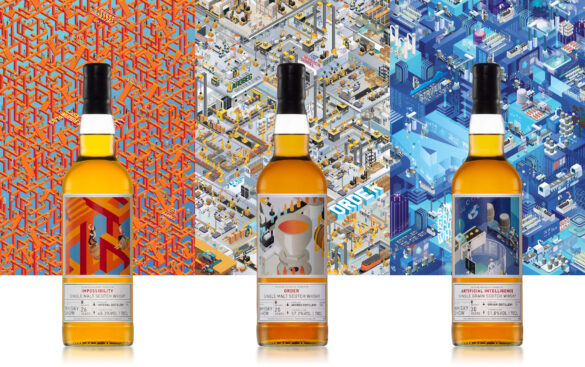 Each bottle from this year’s Whisky Show releases had a unique label, part of a larger design created for each of the three whiskies.

From the increasingly legendary Redbreast 1989 30 Year Old Port Cask – still a few bottles left, but it won’t last long – to our Whisky Show bottlings – Whisky: An Ever-Changing World – and a whole host of great whiskies and rums, as well as our first exclusive Tequila – a special, single-cask Patron Añejo. We’ve got more coming in the new year, and the first bottlings are already arriving…watch this space.

Along with the exclusives, we also launched our own new line of whiskies – The Whisky Exchange Single Casks. Specially selected by co-founder Sukhinder Singh, they give us a chance to showcase some of the best casks he has hiding in warehouses across Scotland.

We kicked off our Meet the Maker series with interviews across the worlds of whisky, wine, Tequila and rum.

We continued our dive into the world of rum, with an updated Rum microsite introducing our rum flavour camps, and a look at the wider world of sugar-cane spirits.

We celebrated World Whisky Day with a day of interviews with whisky makers around the world, all streamed on Facebook – you can catch up with our World Whisky Day playlist if you missed it.

Black Tot Day ended up being a mad, 24-hour live-streamed extravaganza of rum, with guests from around the world. You can watch it all over on the Black Tot YouTube channel.

The launch of Waterford caused a stir in the whisky world, with founder Mark Reynier – formerly of Bruichladdich – and his terroir-forward approach inspiring debate. I jumped in with my take – Waterford: Terroir and Teireoir, and the first releases shot off the shelves.

..and we announced our whisky, rum, gin and Champagne of the Year – thank you to everyone who helped out by voting. The awards will be back in Autumn.

Our virtual tastings will be back soon – keep an eye on the blog for updates, as we’ll have a full program appearing over the coming weeks. On top of that, expect virtual Whisky Show: Old & Rare, and a combination of physical and virtual fun (government guidelines permitting) for Cognac Show, Champagne Show and Whisky Show. Planning for Whisky Show is in full swing and tickets are on sale now – head to the Whisky Show website to find out more. And, coming soon: Rum Show…

We’ve put 2020 to bed, and 2021 is ripe for filling with great drinks and fun times. We’ll hopefully see you all soon, either in person or online. Either way: Happy New Year.