The past few years have seen Loch Lomond recreate itself, going from being a maker of anonymous blends to an award-winning single malt producer with a wide range of whiskies on the shelves. We’ve had a few exclusive single casks from Loch Lomond since the reinvention, and our newest has just arrived. It’s a dram that shows off the fruity side of the distillery’s range: Loch Lomond 2010 Cask #349.

There are a few things that set Loch Lomond apart from other distilleries, even before you get on to the things that make our new single cask a bit different. 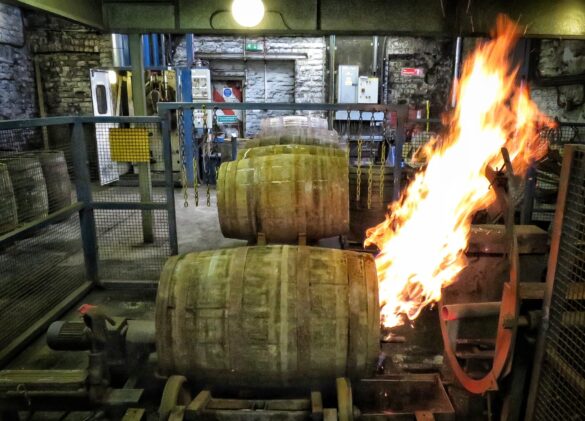 I bring you…fire, at the Loch Lomond cooperage

Firstly, there’s its history – it is a full-service distillery. Since the 1990s, the distillery has had both pot and column stills on site, and for decades it focused on producing blended whisky for other people. These days, it’s all about whisky with Loch Lomond on the label, but they still have all the kit from before. Not only do they have lots of stills (of which more later), but they also have an on-site cooperage, where they play with casks before they are filled, and their own bottling plant. In short: insert barley at one end, get bottles of whisky out the other, with the distillery team looking after it at every step along the way.

The other thing that really makes Loch Lomond stand out is the number of styles of whisky – the makes – that they produce. While most malt distilleries produce a single make, maybe two or three at most, Loch Lomond do 14 – 12 malts, one grain made from malted barley in a column still and one more-traditional grain whisky.

Read more in Loch Lomond: 13 styles of malt whisky in one distillery >

What is your new exclusive? 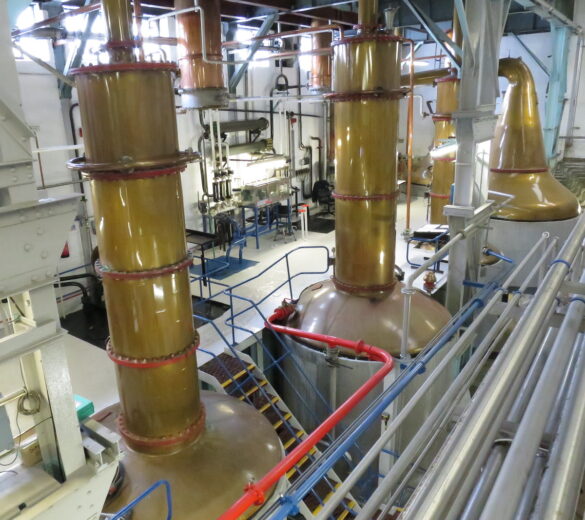 The Loch Lomond straight necked stills, with a traditional pot still in the background

Among the various styles is one known as Inchmurrin, named after one of the islands in Loch Lomond. It is distilled from unpeated barley in the distillery’s unique straight-necked pot stills, and is focused on a very specific flavour profile: fruitiness. Our new single cask is Inchmurrin-style spirit.

However, we wanted a really fruity dram, and digging through the Loch Lomond sample box we found one that properly ticked the fruity-boy box. Not only was it Inchmurrin-style spirit, but it was also fermented for 96 hours using a high-ester-producing wine yeast.

Esters are compounds that often express themselves as fruity flavours in whisky, and our new Loch Lomond has them by the bucket load. 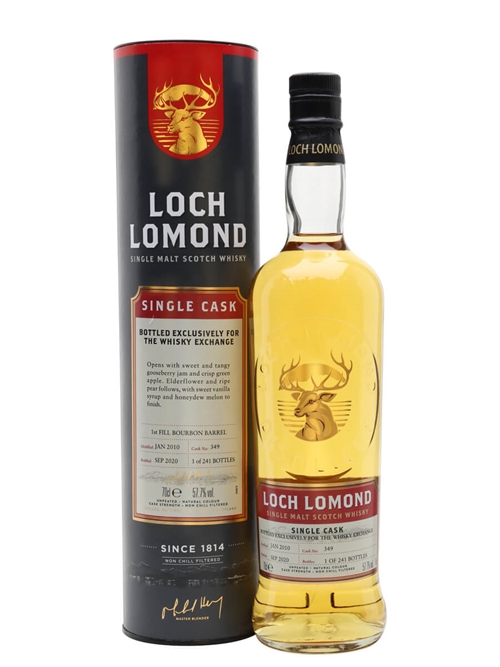 Nose: Apples and custard to start – baked Granny Smiths and sweet apple pies drenched with sweet, vanilla-forward custard and light cream. Flapjacks and spiced sponge cake develop with time in the glass, with the sweetness balanced by green leaf and pine-needle notes.

Palate: Crunchy apples and pears veer towards pear drops and boiled sweets. The sweetshop notes continue with rhubarb & custards, sherbet pips and wine gums, as well as a touch of peppermint cream. Apple skin and thin, crispy, buttery pastry hide at the back with dark berry fruit and peppery spice.

Comment: This whisky was created with fruitiness in mind and fruity it is. The first-fill cask has added layers of vanilla cream on top of the fruit-forward spirit, which has only got fruitier as it has matured. Juicy and delightful.

So, if you like a fruity whisky, this is definitely the one for you. It is available now online and in our London shops – Loch Lomond 2010 Cask #349. 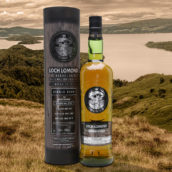 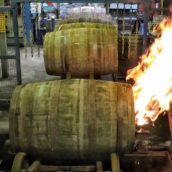 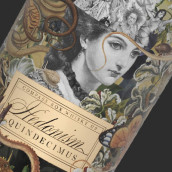