Home   Casks   How are casks made?

Posted on 6 September 2019 by Caroline

No Comments on How are casks made? 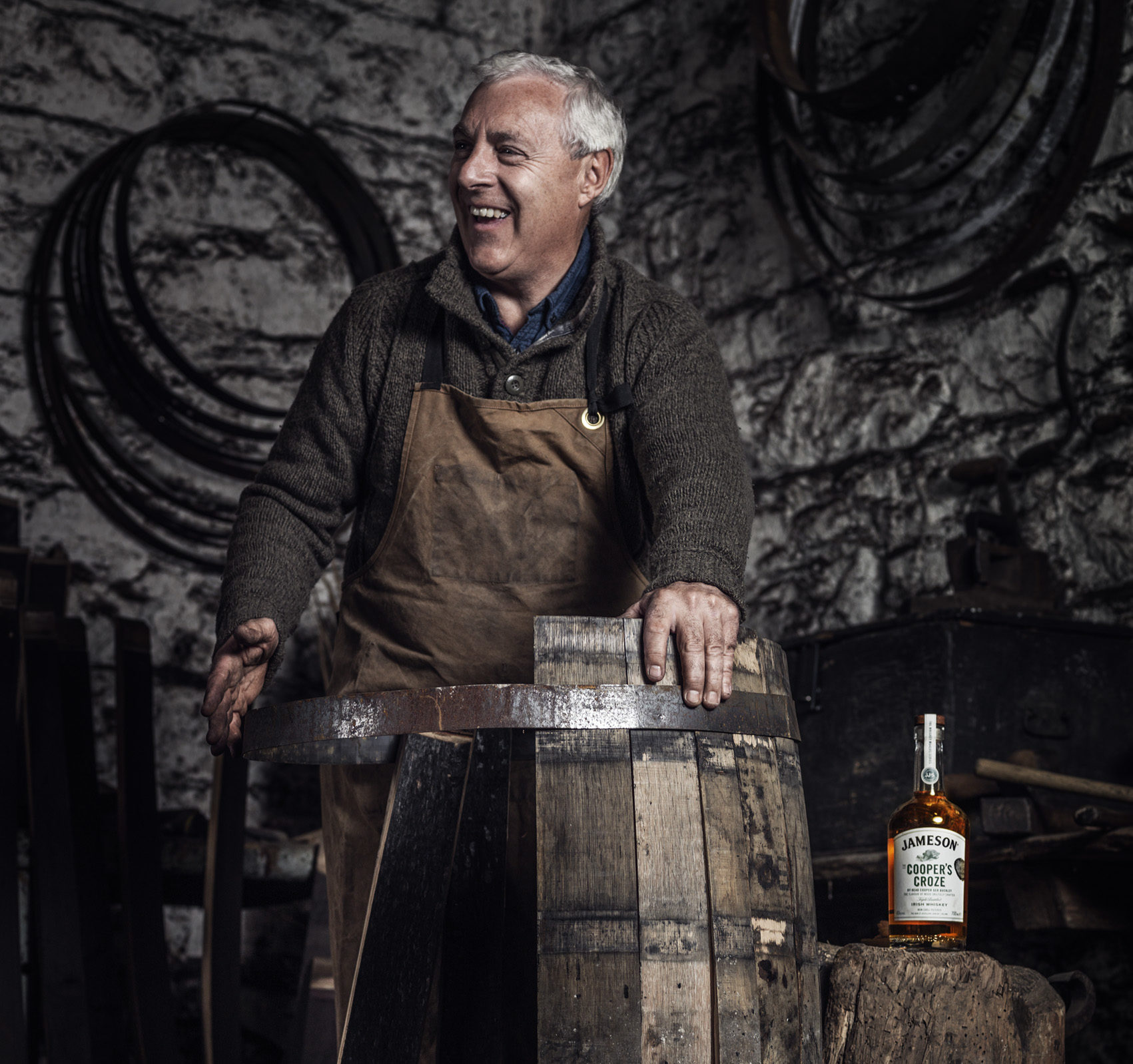 A Jameson cooper is a happy cooper…

The concept of the wooden cask hasn’t changed much since it first came into being, but the practice of making it has gradually been refined over the past few millennia.

That’s not to say there wasn’t trial and error involved – things like the collapsible shipping cask and the Da Vinci-esque cask cleaning machine, both beautifully illustrated in Scientific American in the 1800s, have fallen by the wayside – but today making casks is a superb blend of art and science.

Coopers – professional cask-makers – will craft casks to a distillery’s specifications, altering things such as the intensity of the char by precise amounts to create the desired chemical reaction between wood and liquid.

Depending on what’s destined to go into it, for example bourbon or sherry, a cask is made in slightly different ways. To give you general overview, however, let’s take a look at how whisky casks are commonly made.

A tree is felled

Oak is widely used, not least because it grows in helpful ways and imparts pleasant flavours, and you can learn more about how different types affect whisky on Tom’s blog post. For best results, the tree should be at least 70 years old.

The oak is cut into long thin pieces and dried, traditionally outside, for several years. This removes moisture from the wood and reduces its harsh tannins. The way the wood is cut is crucial, as a tree naturally contains flow paths for water and nutrients, and cutting along the faster flow paths can result in leakages. Once seasoned, the planks are then carefully shaped into staves.

A SKIRT IS ASSEMBLED AND TOASTED 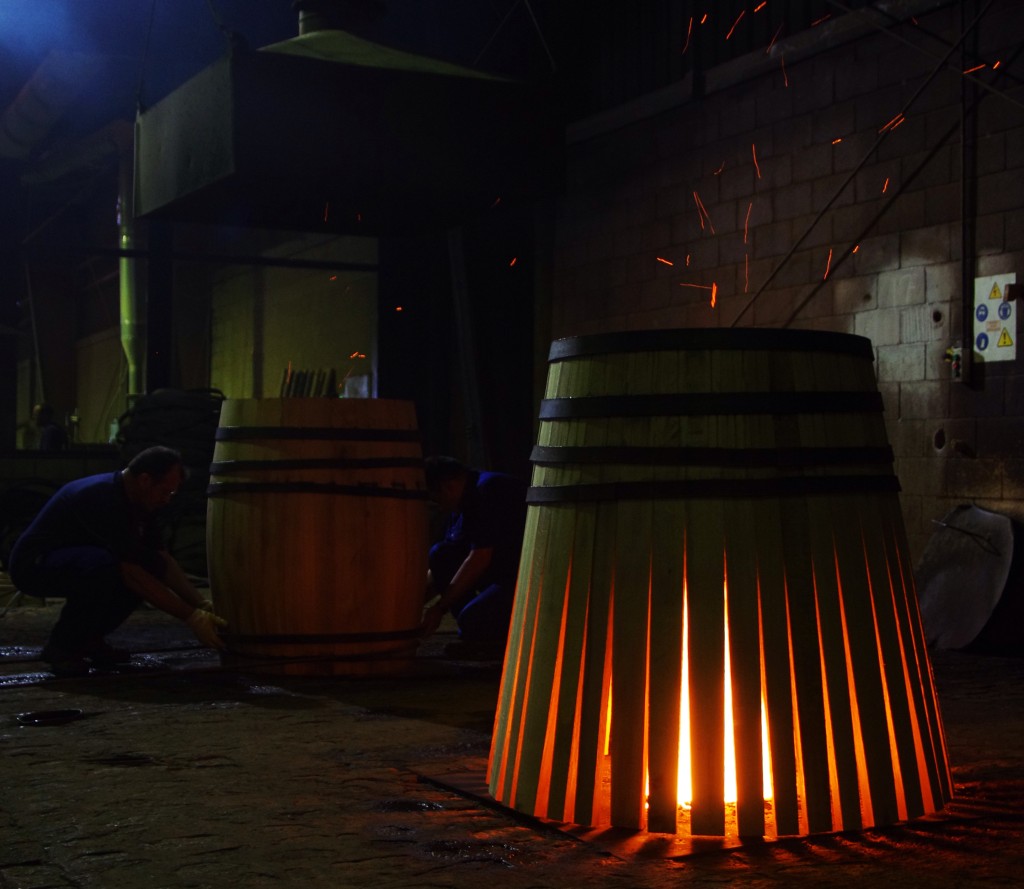 The ends of the staves are fitted together around one iron hoop, forming a skirt-like structure. Heat is then applied in order to bend the staves into shape, which is traditionally done over an open flame and known as toasting. The toasting process also caramelises the wood sugars, resulting in flavours of caramel, nuts and liquorice, and breaks down the wood’s lignin into compounds that result in flavours like spice, vanilla and flowers. Different toasting levels – light, medium and heavy – produce different effects.

Metal hoops are applied to the barrel to keep its shape through continuous pressure.

More Fire is always an option 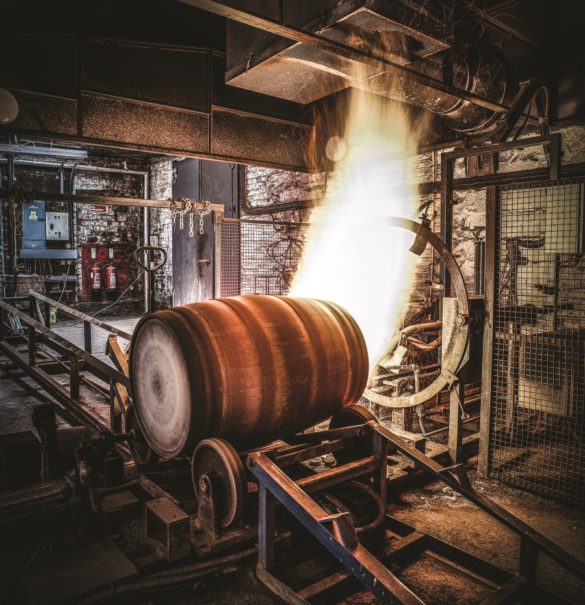 A blazing barrel at Loch Lomond

Barrels destined for sherry and wine tend to stop at toasting, but the pyromaniac bourbon makers go one step further and set the cask aflame. Ok, they’re not really pyromaniacs: by law bourbon must be aged in a new, charred barrel. It still looks fun, though.

Charring, which is measured in levels – the 55 second Level 4 char being the staple – changes the wood further and creates a thin layer of carbon that acts as a filter for impurities like sulphur, removing them from the spirit within.

The finishing touches are applying the cask head(s) – the bit on either end – drilling a bunghole so spirit can be added, and adding the final hoops. Once these are complete, the finished cask is ready to be filled with new make and start its minimum three year journey to become whisky.

See the process in action

If you want to learn more about the art of coopering, you could take a tour of the Speyside Cooperage, or watch this moody and dramatic Macallan video of casks being made in Jerez. Alternatively, kick back with this gem from British Pathé, in which an apprentice cooper is gleefully initiated with excellent 1940s commentary. 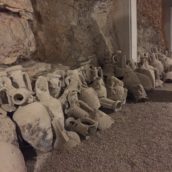 Roll out the barrel: a brief history of casks