In the drinks world, there’s nothing quite so varied and versatile as rum. Drunk on its own, in punches, with Coke and ginger, or mixed up in cocktails from Daiquiris to Piña Coladas, the range of flavours and what you can do with it is massive. But there’s a big problem that’s been looming under the surface of the rum world for years, and it’s started to rear its ugly head as rum has begun to boom in popularity and drinkers have started looking at it more closely – how do you classify and describe rum?

A rainbow of colours

The standard way of dividing up the world of rum is colour – white, gold and dark. At first it seems like a good idea and a simple way of distinguishing styles of rum, but with a little bit of examination, it quickly falls apart. 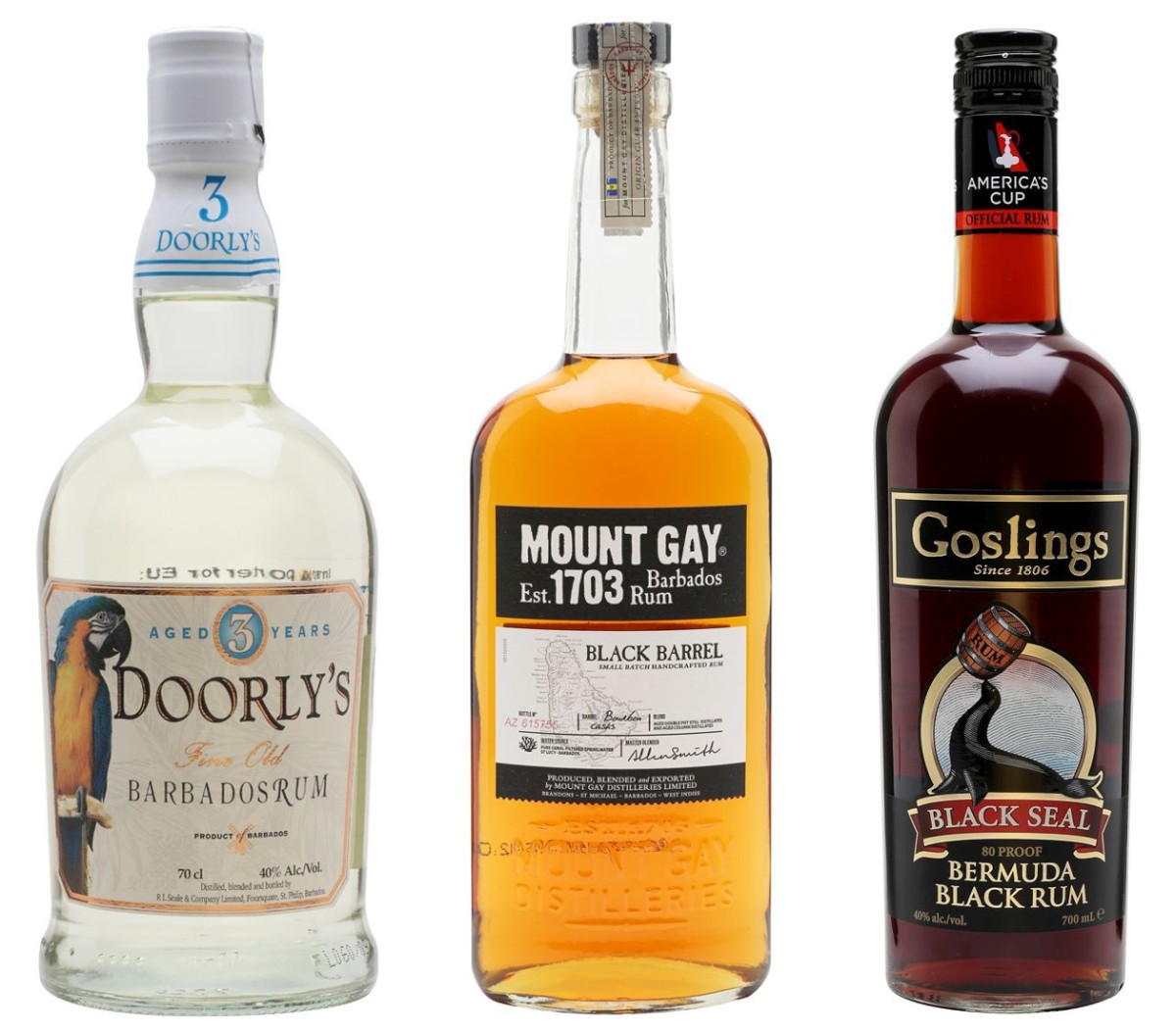 White, gold and dark. But what do they taste like?

White rums are sometimes aged in oak casks and then filtered to remove colour. Some dark rums are unaged and then coloured to be dark. How dark does a gold rum need to be before it’s a dark rum rather than a gold rum? And, most importantly, does the colour tell you anything about the taste? Not really…

For example, let’s take a couple of rums from opposite ends of the colour spectrum: Doorly’s 3 Year Old and Gosling’s Black Seal – the former is perfectly clear and almost entirely uncoloured, the latter is almost opaque with a deep red tone.

Put on a blindfold and try them, and you probably won’t be able to guess which one is the dark rum and which one the white – the Doorly’s is aged in oak and the filtered through charcoal to strip out the colour whereas the Gosling’s is a blend of rums, with a focus on young and unaged rums, that is then dosed with caramel colouring to make it dark.

Even in the world of golden rums, there’s a huge range of flavour. If you compare Havana Club Añejo and Trois Rivières VSOP, both darker golden rums, you’ll find little similarity in their character – the former is a light and zesty Cuban rum, whereas the latter is well-aged Martinique Agricole made from sugar-cane juice rather than the more common molasses.

Molasses usually gives a more traditionally sugary rum flavour, whereas sugar-cane juice gives big grassy flavours – something you can’t tell just by looking at the colour of the rum in each of the bottles.

A spoonful of sugar

Another factor in rum making that impacts the flavour of the final spirit is dosage – the addition of sugar and other flavourings to rums.

Rum regulations vary wildly from country to country, and they’re not always respected when rum from one country ends up being bottled in another. Some allow sugar and other flavourings to be added, some do not, but you will very rarely find any details of what has been added on the label – without a solid knowledge of the byzantine web of worldwide rum regulations, its hard to know exactly what you are getting.

Variety is the spice of life

…and then there are spiced and flavoured rums. Traditionally, spiced rums are flavoured with, as the name suggests, spices, but dividing them up from other flavoured rums – everything from banana to caramel, coconut and watermelon – can be hard. 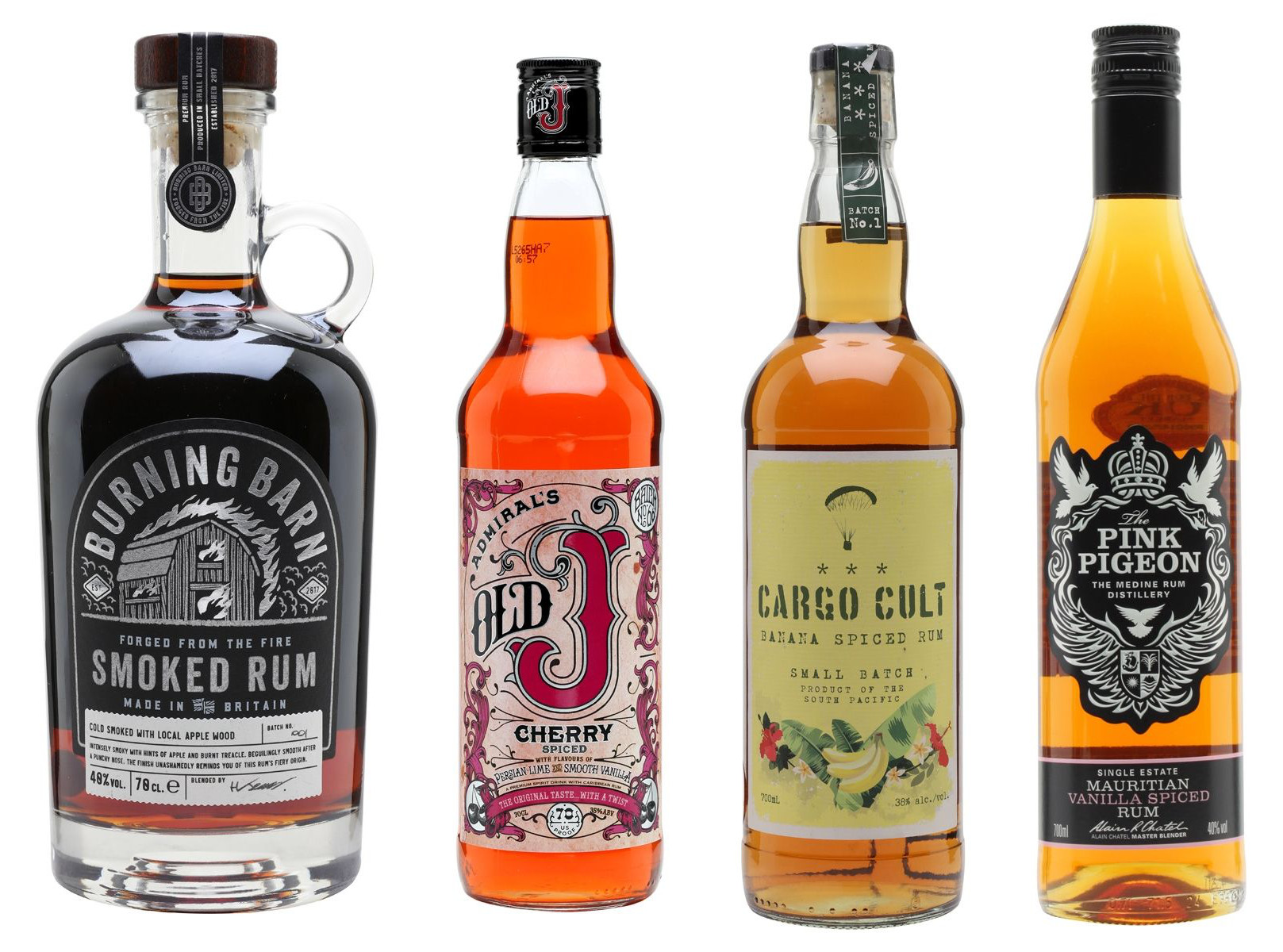 Where do you draw the line between spiced and flavoured?

When you throw rums with dosage into the mix, where producers might add citrus or other fruity flavours as well as spice and sweetness, again there’s little or no indication on the label as to what style and character of spirit you will be getting.

Towards a new classification

More recently, Luca Gargano of Velier and Richard Seale of Foursquare have put together their own classification – The Gargano Classification – which focuses on how rums are produced. It’s picked up some traction in the rum geek community, but is quite technical and hasn’t stretched much further outside.

WIth the appreciation of rum growing and an increasing number of questions about it coming in from our customers, we’ve decided to throw our hat in the ring and create a new classification system for rum that we believe solves some of the problems above.

For more than a year, our buyer – Dawn Davies MW – has immersed herself in the world of rum. Working with rum producers and bottlers to understand how they see their rums and classify them, she has built on the work that’s already been done – including that done by Richard Seale and Luca Gargano on the Gargano Classification – to produce a new classification system and other ways of looking at rum.

Our focus in putting this all together has been to add information that will help you dig into the world of rum, rather than remove the tools you already use. You’ll be able to search for rum in the way that you usually do, but from there find more information and new ways to find the rums that are right for you.

Our classification system takes inspiration from Scotch single malt whisky to express how and where a rum has been made. It breaks down into six categories over two groups, each defined by technical notes about how the rum is produced. 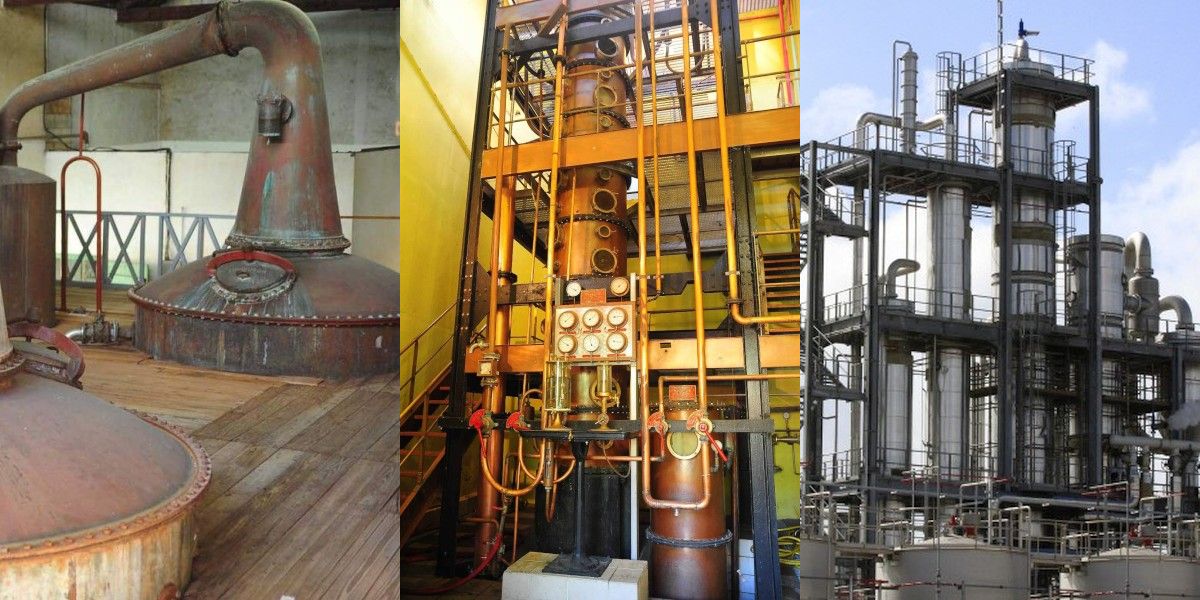 Single Traditional Pot Still
Rum distilled at one distillery in traditional pot stills. These produce lower-strength spirits and are usually have a weightier style with richer flavours and character.

Single Traditional Column
Rum distilled at one distillery in traditional column stills. These are stills that consist of just an analyser and rectifier – the two columns found in old fashioned stills for more than a century – even if either column is split to produce a total of more than two physical columns. While these generally produce high-strength spirit, they leave many more flavour compounds in the spirit than more modern designs of still do, giving more characterful rums.

Single Traditional Blended
A blend of traditional pot-still and traditional column-still rums from the same distillery.

Single Modernist
Rum made at a single distillery using modern multi-column stills. These stills consist of more than an analyser and rectifier, and include a hydro-selector/purifier as well as potentially other columns. These generally produce spirit at a high strength and with less character than traditional rums.

Blended Traditionalist
A blend of rums from multiple distilleries that only includes single traditional spirit.

While the technical classification can give you some idea of what a rum will taste like, the distillation process is just one part of rum making. To help find rums based on their flavour, we have created six flavour camps, groupings based on flavour that give more of an idea of a rum’s taste.

Light and Uncomplicated
As the name says, these are rums that are lighter in character and don’t have loads of complexity. They are often modernist rums, distilled to high strengths before bottling, either aged or unaged. This is the flavour that has risen to popularity over the past few decades, unintimidating to drinkers unused to intensely flavoured rums and perfect for modern cocktails and mixers.

Herbaceous and Grassy
This camp is mostly filled with sugar-cane juice rums: rhum agricole and its various cousins from around the Caribbean and beyond. You can find out more about molasses and sugar-cane juice rums and how they taste in our rum vs rhum post. It’s not all sugar-cane juice though, with blends and other rums that show a similar character also in the group.

Tropical and Fruity
Often talked about as ‘estery’ rums, these are the spirits that show big fruity flavour, from bananas to mangoes and pineapples. Often found in Jamaica – an island famous for ‘funky’ rums – these have a character all of their own and are a must for rum fans. Fruity rums are also popular in blends, giving a tropical flavour that pulls the resulting releases into this category as well.

Fruity and Spicy
This is the section that most people think of as ‘rum’ – sweet and spicy with a touch of fruitiness. These are mostly aged rums from traditional stills or blends that focus around those flavours, but anything that brings together those characters will feature.

Dry and Spicy
This camp is focused on the flavours of maturation – oaky spices. However, they are very much the drier side of things, without the sticky sweetness and toffee notes you can find in some rums. Often these are aged modernist rums, where the lighter spirit has picked up a lot of cask character, hiding some of its own.

Rich and Treacly
Thick, sweet and sticky: rums that are dark and decadent. These may have high levels of added sugar, have picked up heavier flavours from cask or even have weightiness from how they were distilled, but they all have a big body and rich character in common.

With the flavour camps and our technical classification, you should be able to find spirits that are similar to your favourites and continue your exploration of rum, however, there are a couple more pieces of information that we’ve been researching to let you know even more.

No added sugar or flavourings: when we know a rum has no added sugar or other flavourings, we will say. These rums aren’t necessarily better than others, but the extra information can help understand why a rum tastes as it does and help you choose which rums you want to drink.

Aged solely at origin: where a rum is matured will affect its flavour. If you age a rum in the Caribbean, the climate will lead to very different interactions with a cask than if you age it in Scotland. Again, rums aged at origin will not necessarily be better, but they will be different. Remember, though: rum is made around the world, so a Scottish rum aged solely at origin will mature very differently from a Barbadian one…

The beginning of a journey

Building a rum classification isn’t an easy thing to do and this is just the beginning – we know it’s not absolutely perfect, and will continue to work with both the industry and rum drinkers to tweak things to make it more useful as we go along.

It’s a framework for us to help teach people more about rum, and help drinkers understand not only what is in their glass, but why it tastes like it does. We hope you will join us on our journey.

[…] can read about our new rum classifications here, or – way more fun – you can take our excellent and educational quiz, […]

[…] small percentage of the original Royal Navy blend that Sukhinder Singh was able to acquire. Being a blended traditionalist rum, all component rums were distilled using only either traditional pot or traditional column […]