The closing of Rosebank has increasingly been recognised as one of the biggest losses in Scotland’s whisky history. However, thanks to the current huge growth in Scotch whisky, a new chapter for the cult, closed distillery is opening.

The Lowlands are a strange region when it comes to Scotch whisky. For years they have been sparsely populated, but in the boom times of the Victorian era they were an ideal location for for legal distillers – good transport links to Glasgow and Edinburgh, allowing grain to come in and whisky go out with ease, but with fewer glens to hide from the excise man. However, as the industry contracted the distilleries disappeared, having never made the inroads into local culture that distilling had in the Highlands.

By 1993 there were only a few malt distilleries left in the lowlands. St Magdalene had closed in 1983, a victim of the mass closures across Scotland, leaving just a handful: Auchentoshan, Bladnoch, Glenkinchie and Rosebank.

Auchentoshan is still open today and Bladnoch has its own more complicated story: closed in 1993, bought in 1994 by the Armstrong family, eventually brought back to life, and then sold to Australian yoghurt magnate David Prior and revived in 2017. But that’s a tale for another day.

The Early History of Rosebank

Despite the Lowlands not being a traditional heartland of Scottish distilling, whisky production started around Rosebank as far back as 1798. The distillery proper was founded on the side of the Forth and Clyde canal in 1840 on the site of an old maltings. It was successful enough that by 1864 it had not only been expanded, but Rosebank had also bought and merged with Camelon distillery on the opposite bank of the canal and been almost completely rebuilt. 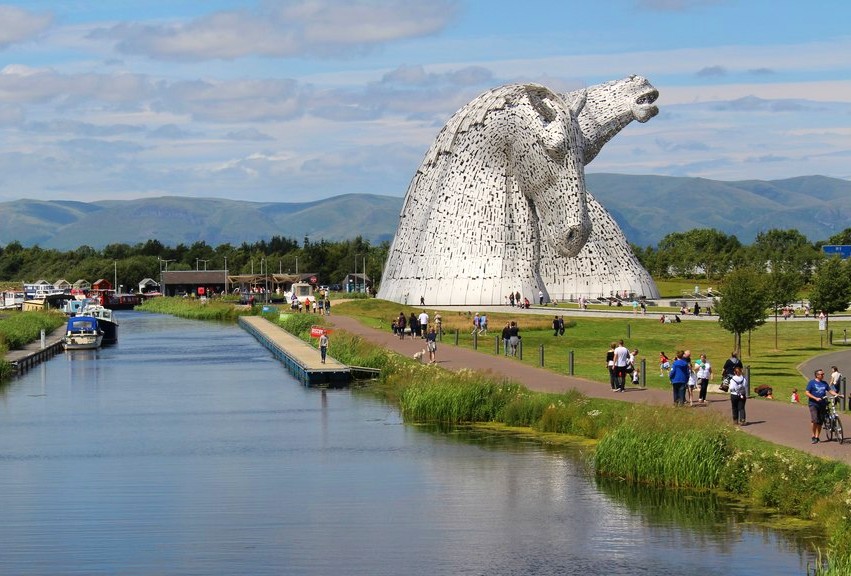 These days, Falkirk is best known as the location of The Kelpies and Falkirk Wheel

When Alfred Barnard visited in 1886, he found a large, modern distillery, with operations spanning the canal. Camelon had become Rosebank’s maltings and there were daily deliveries to and from Glasgow by boat. It was a textbook example of a successful Victorian distilery.

In 1914, Scotch Malt Distillers was founded as a conglomerate of Lowland distillers including Rosebank. In 1925, it became part of distilling giant The Distillers Company Ltd – aka DCL, one of the predecessors to Diageo. As part of DCL’s stable, Rosebank became a key supplier of lowland malts for the company’s blended whiskies, a role it continued throughout its remaining life.

While the distillery was silent during the First World War, it was one of the few that operated through the second, and continued to produce spirit until it finally closed.

The final days of Rosebank’s original incarnation were in the early 1990s. Having survived the mass closures of the 1980s, things were still grim and in the end it came down to a choice for the owners: close Glenkinchie or Rosebank.

Glenkinchie is sat in open fields to the south-east of Edinburgh, surrounded by greenery. Rosebank is in Falkirk, to the west of the capital by an unused canal that was closed in 1960. 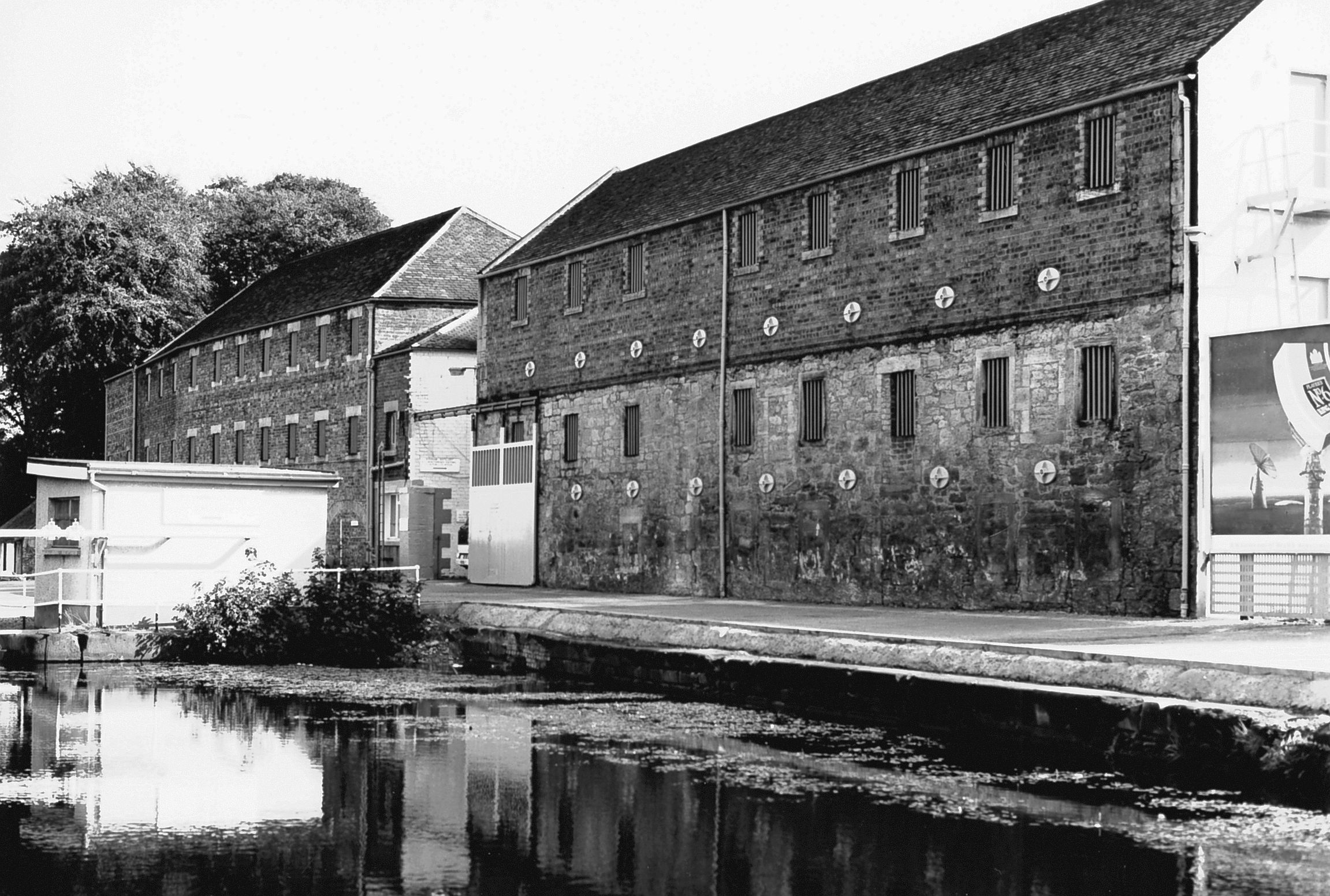 The choice wasn’t hard. Rosebank, a distillery with serious modernisation needs sat in an unglamorous part of Scotland with little tourist traffic, or Glenkinchie, with its countryside surroundings and easy access to Edinburgh?

In 1993, Rosebank was officially mothballed, and in 2002, the site was sold to British Waterways. Camelon maltings is now a Beefeater restaurant, and some of the Rosebank buildings have been converted into apartments, spread along the appropriately named Rosebank Street.

There have been many rumblings over the years about restarting Rosebank. While the distillery equipment is long gone – with stills and mash tun stolen during a break-in in 2008 – many of the buildings still remain. However, Diageo owned the name and the projects never really got off the ground.

In 2017, distiller and blender Ian MacLeod – owner of Tamdhu and Glengoyne – bought the site, as well as the name and some stock from Diageo, opening the doors for a revival of Rosebank. 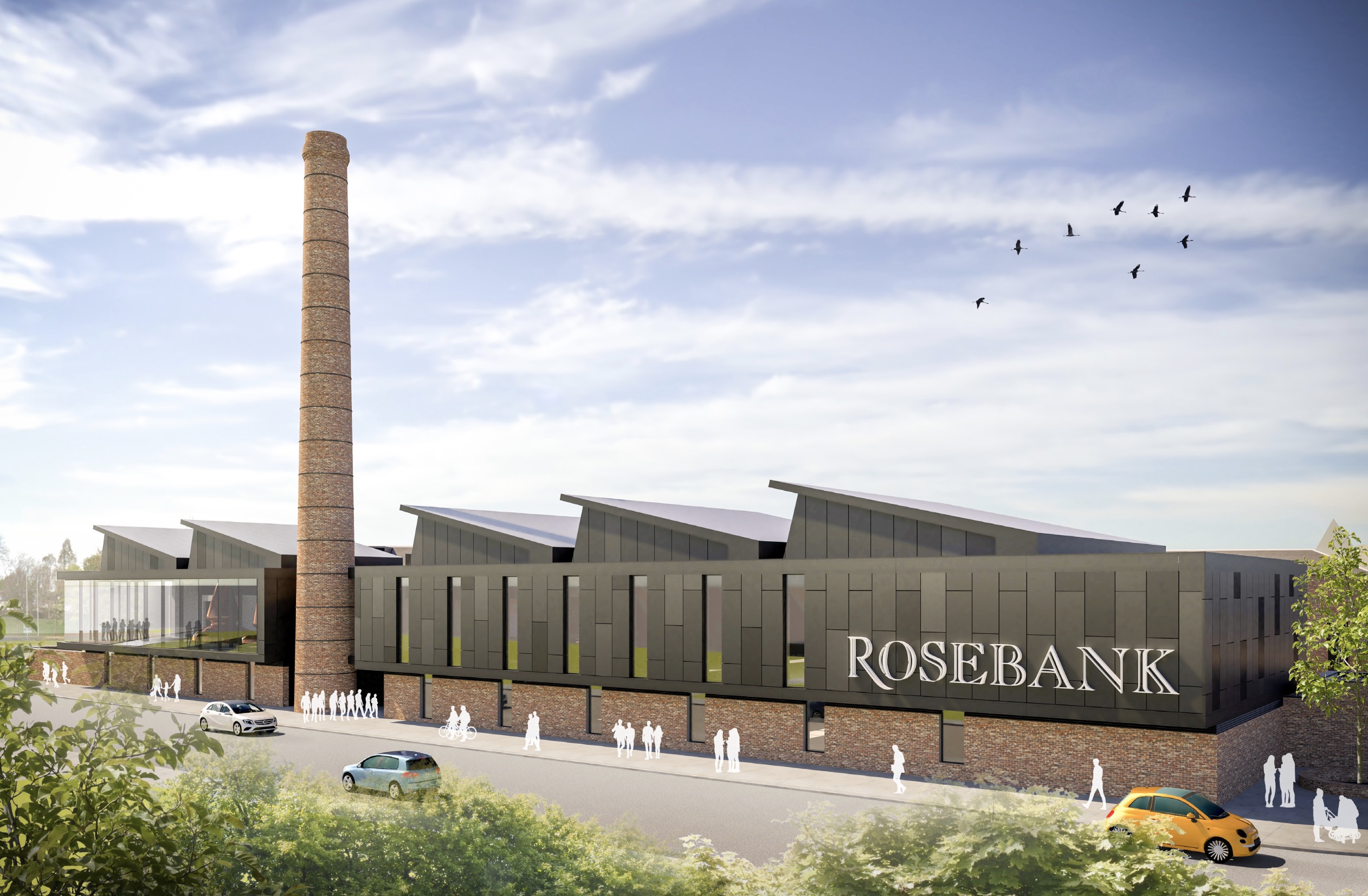 The obligatory artist’s impression of the new distillery

In January this year, the distillery received planning permission, and the project to revive Rosebank has now officially begun. Spirit is expected to flow again by 2020.

While we won’t see any whisky from a revived Rosebank until at least 2023, it is still possible to find whisky made at the distillery before its closure.

There were never many official releases from the distillery, but the Rosebank 12 Year Old Flora & Fauna is the easiest to find. It was readily available until about 2010, at which point prices steeply rose and supplies started to dwindle.

Independent bottlers were always a strong source of Rosebank releases, with its nature as a blending whisky meaning that there were many casks on the open market. However, the past decade has seen the frequency of releases rapidly fall, and there are now only a handful appearing each year. 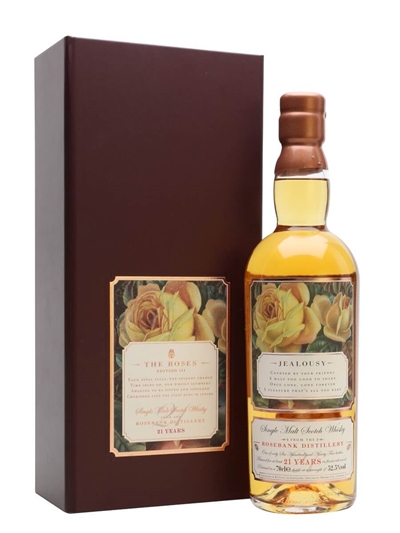 Elixir Distillers, our sister company, have bottled the Rosebank Roses, a series of seven bottlings being released yearly until 2023. Each is named after a Rose and 2019’s edition – Rosebank Jealousy – has launched today, Valentine’s Day. It’s gone live on our website, although it may well have sold out by the time you read this. You can read more about it in my announcement post.

Your best bet for more Rosebank is the new owner. As part of the deal to acquire the name, Ian MacLeod also bought some casks, which they are now nurturing towards release. We hope to see them later in 2019, which will hopefully give us more of a chance to try whisky from this iconic lost distillery.