It’s the middle of February and our first big event of 2018 approaches – my favourite weekend of the year: The Whisky Show Old & Rare.

On 24 and 25 February, we’ll be moving north to Glasgow and putting on a show. As the name suggests, it’s a showcase of old and rare whisky, focusing on the weird and wonderful bottles that we’ve become well known for finding over the years.

It’s a bit different to The Whisky Show in London, working instead like a big bar: we’ve got more than 460 whiskies confirmed, and they’ll all be available to buy in 10ml measures. Prices start at £2, so you don’t need to break the bank to try some interesting old drams. However, if you do want to push the boat out, we’ve got some incredible old whiskies, the likes of which are rarely seen, let alone opened to taste.

Along with The Whisky Exchange (you’ll find me behind our stand all weekend), our exhibitors are some of the world’s best known bars, shops, bottlers, auctions and collectors.

If you’re looking for advice about your whisky, then make sure you speak to the auctioneers. We’ll have the teams from Catawiki, Skinner, Whisky Auctioneer, Whisky.Auction and Whisky Online Auctions all on hand to talk buying and selling whisky, as well as pour a few impressive drams.

The folks I suspect will be busiest are the whisky collectors – the people that make The Whisky Show Old & Rare different to every other UK show. These folks are digging deep into their own collections and bringing the bottles they love to share with people at the show.

No matter which stands you visit, you’ll find people who love whisky and who are at the show for one reason: to share it with others.

We’re still confirming what will be at the show, but already have 460 whiskies on the list.

The range is wide. On the Whisky Exchange stand alone, I’ll be pouring everything from 1950s blended whisky and our exclusive single malts for around £2-5, up to an Ardbeg bottled in the 1930s for £200 for a 1cl measure. Here are a few things that I’ll be looking out for when I get a chance to wander around the show:

Old blends – in among the fabled and legendary whiskies are a selection of drams that are, in their own way, more interesting than the rest: the everyday whiskies. Unfeted blends, which still make up most of the world’s whisky sales. The ones at Old & Rare are often just as anonymous, but with a bit of research you can find some impressive whiskies. I’ll be jumping on the Johnnie Walker Black Label from 1947 – I like Black Label from today but have heard it’s changed over the years. It’ll be good to see what it was like 60 years ago, and for £5 a dram it’s excellently priced. 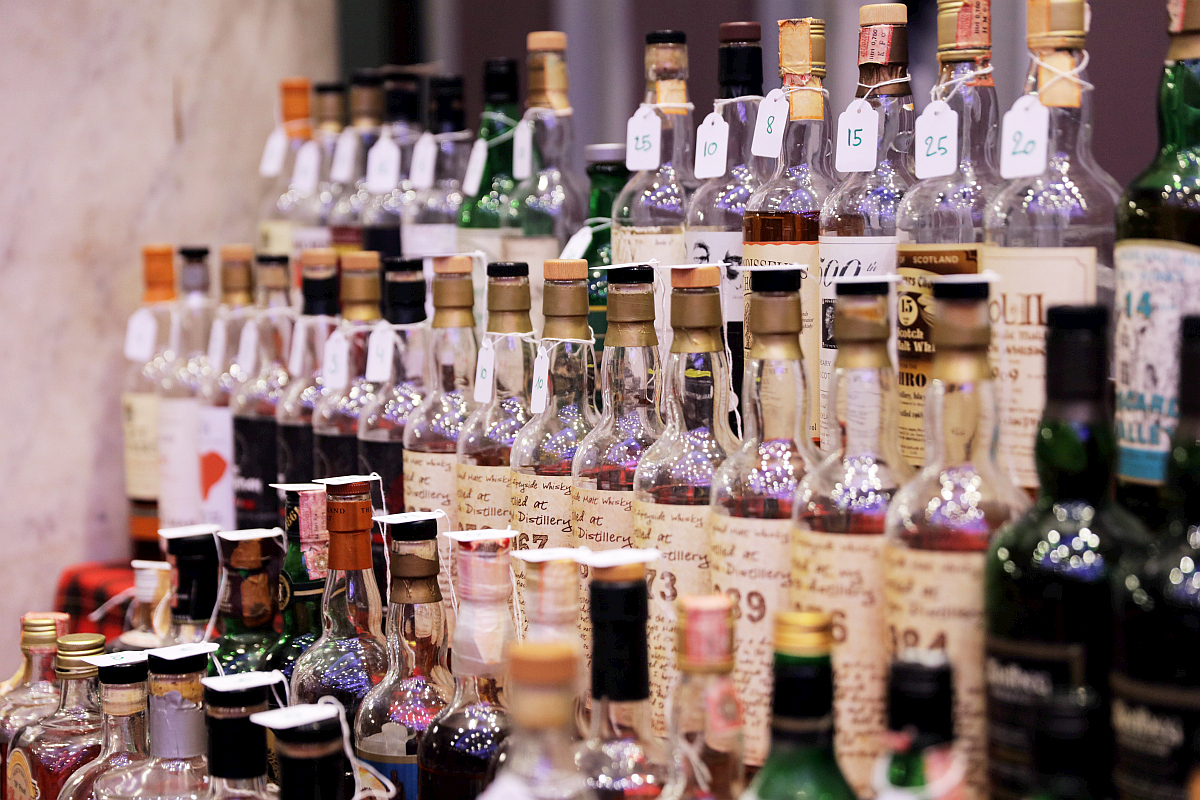 Old Orkney – people talk about liquid history a lot in the whisky world. Whiskies that are a way of delving back into the past and experiencing a time gone by. Most of them don’t really deserve the title, but this does. Produced at Stromness, which closed in 1928, Old Orkney bottlings rarely surface and even more rarely get opened. This is a chance to try an old-fashioned whisky that you almost certainly won’t see again.

Port Ellen Queen’s Visit – knowing folks with incredible whisky collections can be torture. A couple of years back, my Facebook timeline was filled with pictures of this bottle, as a group of whisky fans opened one while visiting Port Ellen. Almost the entire group will be at the show, and I suspect they will be the first in the queue at the Whisky Online Auctions stand to try it again. A whisky doesn’t get awarded 99pts on Whisky Fun for nothing…

The most important part of the show for me is the people. Not only the people behind the stands (although we are excellent), but the folks wandering around out the front: you lot.

There’s more knowledge about whisky in the room at The Whisky Show Old & Rare than at any other show I’ve been to, and they’re a friendly bunch, especially after a couple of whiskies. If you want to meet other whisky fans and learn about the world of old bottles, then there’s nowhere better to be.

I’ll see you there!

Tickets are available now from The Whisky Show: Old & Rare website. They cost £75 per day or £135 for a weekend ticket, including entry, lunch and a souvenir glass.

[…] I said in my preview post, the thing that makes the show for me is the people – on both sides of the stands. I’ve not […]