There are a lot of different types of whisky show. From our own London show, with its gigantic dram list that requires planning in advance to get the most out of, to smaller shows like Whisky Live London (we’ll be running the shop again this year – come and say hello!) and even the infamous sweatbox at Limburg (Germany’s most impressive festival, with a who’s who of whisky geeks attending), there’s something for everyone. However, there’s one that stands out for me. I’m probably biased, as we do run it, but while The Whisky Show: Old & Rare is only two years old, it’s my favourite. 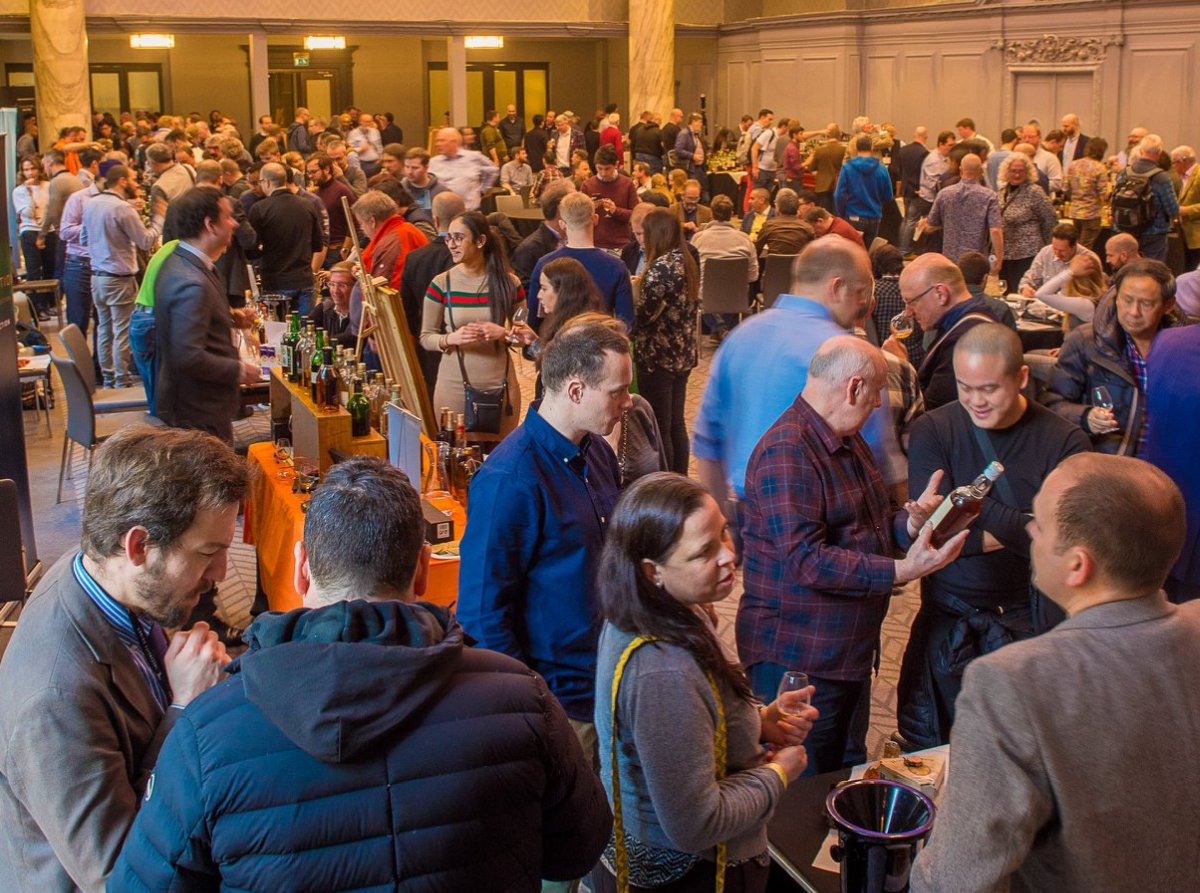 Bustling but never too crowded. If you look carefully, you can find me in the top right corner

The sophomore outing returned to Glasgow’s Grand Central Hotel, with only a few tweaks over the first year: no whisky tokens, more space to sit, and lunch to soak up the drams. Rather than being all-inclusive, like other UK festivals, The Whisky Show: Old & Rare is a pay-per-dram show, turning Grand Central into one of the world’s best whisky bars for a weekend.

When talking to people who went along, it’s the best whisky bar aspect that stood out most to me – think about what you’d want if you were visiting the world’s best whisky bar: that’s what we were going for.

After last year, the exhibitors were definitely up for a bit of competition when it came to choosing whiskies. While the first outing of the show was all about seeing what would work, this time the folks behind the stands wanted to make sure that they had the best drams. There’s nothing like a bit of friendly rivalry to raise the quality of whisky available. 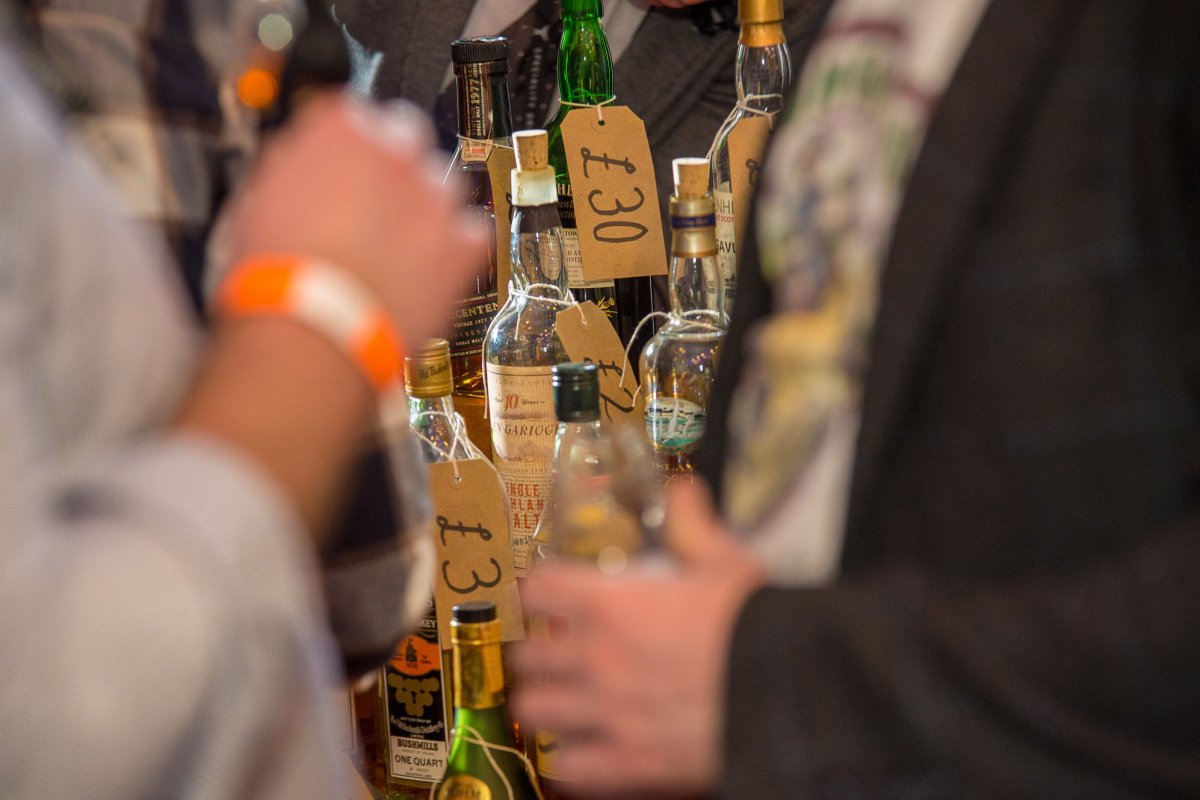 Loads of whisky: a wide range of prices, ages, vintages and countries represented

The sheer depth and quality of whisky was incredible, but it wasn’t just the big-name drams that appeared. While there was amazing 1960s’ Bowmore, pre-Prohibition American whiskey, and drams from distilleries that closed before anyone at the show was born, there was also loads to discover. Lesser-known gems from the past 100 years sat alongside the famous whiskies, giving everyone, no matter the extent of your alcoholic education, something new to try.

I spent the weekend pouring whisky on The Whisky Exchange stand, so didn’t get to go to the masterclasses, but grabbed someone from each as they came out. Each one garnered more superlatives than the one before. From the Samaroli class – a selection of never-to-be-seen-again drams – to the Scotch Malt Whisky Society tasting – including the Society’s super-rare first release, 1.1 – they all added to the list of legendary masterclasses we’ve had at our shows over the years. 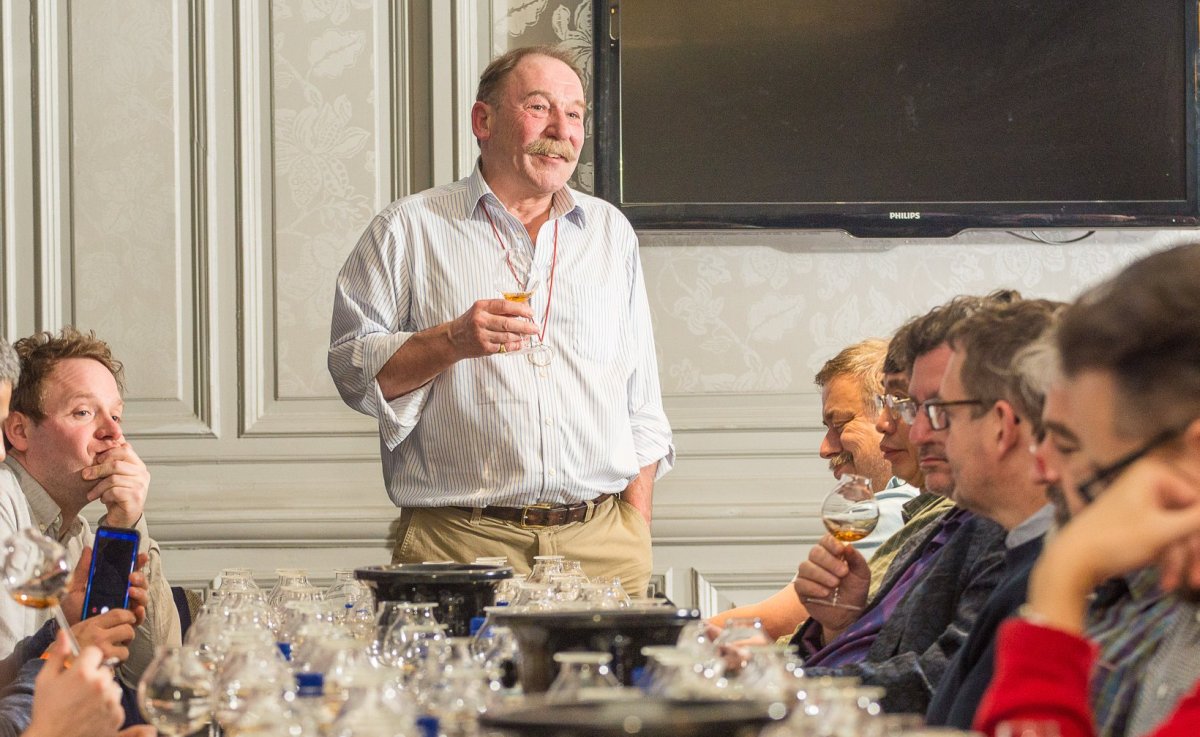 However, for us at The Whisky Exchange, there was one we were especially interested in: the blind-tasting masterclass with TWE founder Sukhinder Singh. He’s avoided hosting masterclasses for his entire career, apart from occasionally chipping in at tastings in our shop, but we finally convinced him. The whiskies ranged from 1968-vintage Bowmore to recently released Dutch whisky, and the in-depth dissection of each dram in the room was an impressive sight to behold.

Hopefully, this will not be a one-off, and we’ll see Sukhinder at the front of the room again…

As I said in my preview post, the thing that makes the show for me is the people – on both sides of the stands. I’ve not seen a more friendly and welcoming bunch in all my years of attending whisky shows. 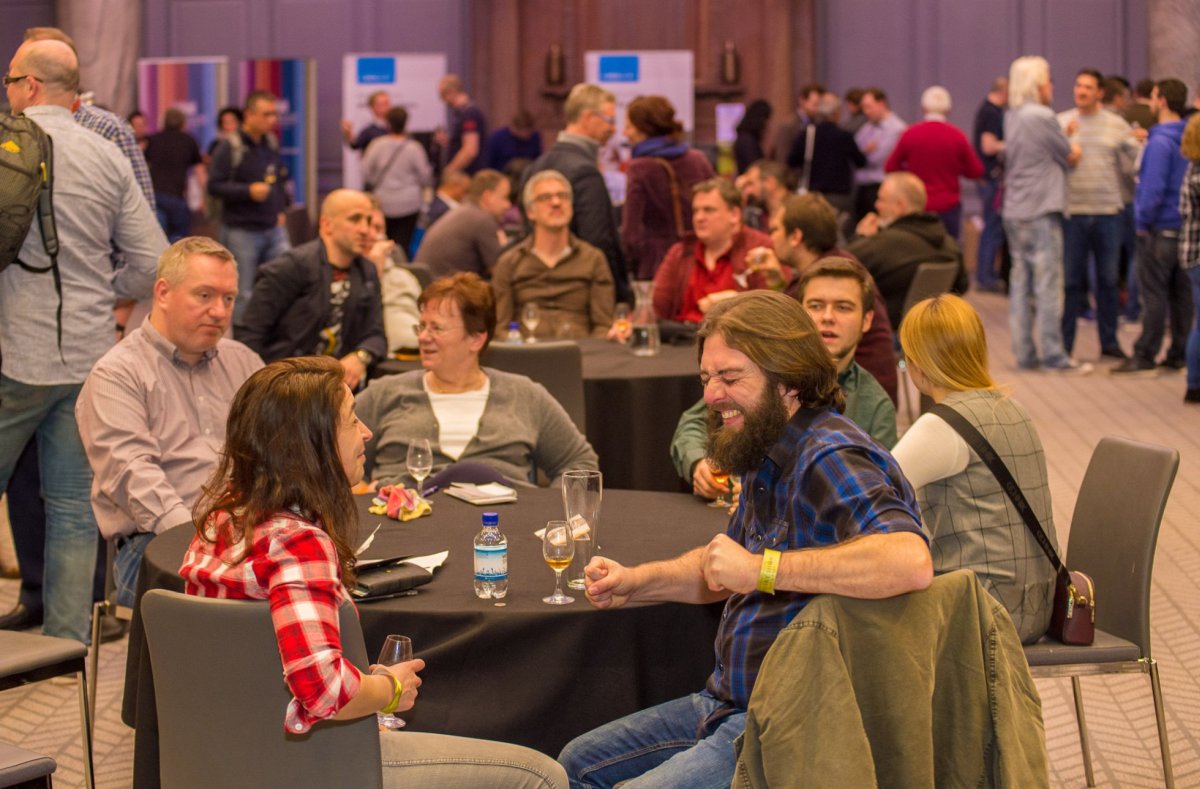 The atmosphere was one of sharing. Not only drams, but also the experience of the show – hanging out with a group of people who had one thing in common: a huge passion for whisky that they wanted to share with others.

All in all: a triumph. I’m already looking forward to next year’s show.

In the meantime, tickets for The Whisky Show in London this September have gone on sale – it’s the 10thanniversary of the show this year and it’s on 29-30 September. You can find tickets here.