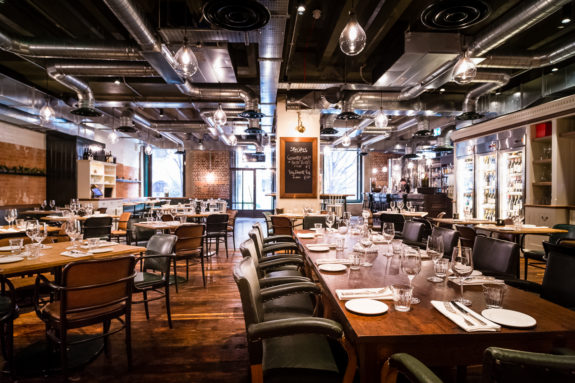 When it comes to pairing a meal with drinks, wine and beer are still winning. However, one corner of the culinary world has had a long connection with spirits: American barbecue. While the stereotypical image may be of guys with beards gathered around a grill drinking cans of light beer, spirits have long been a key ingredient in many dishes. More recently, they have been found much more frequently in a glass rather than a marinade.

At the forefront of barbecue in London is Pitt Cue. Starting as a food truck on the South Bank back in 2011, it soon graduated into a much-loved Soho restaurant. It became famous not only for incredible barbecue, mixing traditional techniques with influences from around the world, but also for the queues that would stretch out of the door. In 2016, Pitt Cue stepped things up yet again, opening a restaurant in the City of London with enough space to fit more than a handful of meat fans at a time. 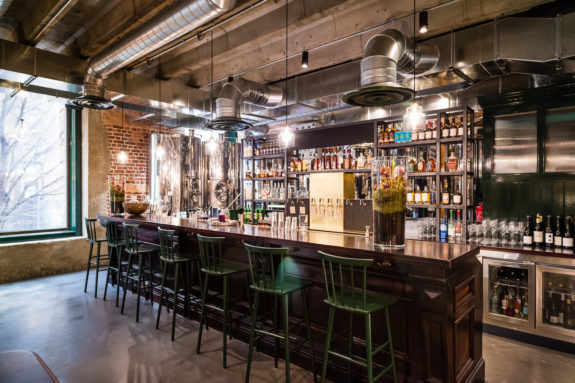 Jamie Berger’s bar – yes, that is a microbrewery you see hiding behind the shelves…

Pitt Cue’s drinks have been a key part of the plan since day one, with co-founder Jamie Berger pouring drinks since the food truck first fired up its grill. With the new restaurant, Jamie’s bar has grown to be more than just a space where people could have a drink while waiting for a table. He has strong views on drinks – he won’t stock vodka or gin, and I’m still trying to convince him of the merits of Scotch whisky – but his core focus is flavour.

I’ve been a fan of his since the day he assured me that a New York Sour – a classic whiskey sour with a red-wine float – was a good thing. He was right. So, when it came to finding someone who could advise me on drinks to match with barbecue, he was the natural choice. 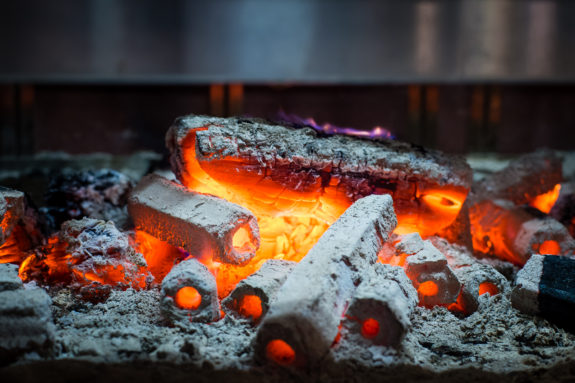 The charcoal grill – the centrepiece of the Pitt Cue kitchen

The key flavour in mezcal when it comes to pairing is smoke. Fortunately, Pitt Cue’s chefs love smoke, and smoky meats and fish are regular fixtures on the menu. Along with simple shots of mezcal – to be sipped, of course – it’s also great in cocktails. Jamie’s recommendation is for a mezcal Negroni as an aperitif: equal parts mezcal, Campari and sweet vermouth. It mixes sweetness, bitterness and smoke and ‘gets your mouth ready to eat’, says Jamie.

Mezcal on The Whisky Exchange > 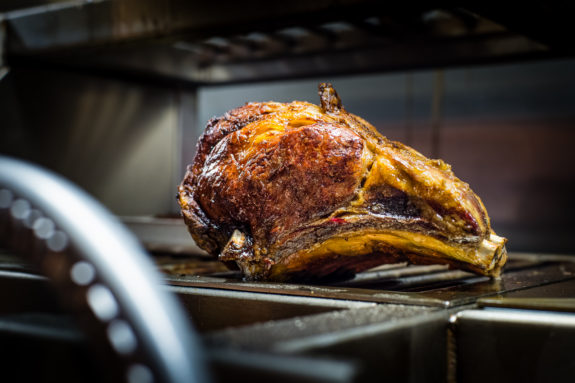 Big, rich and savoury – just the thing to pair with rum

It may seem a strange addition to an American restaurant, but rum is not only one of the USA’s original spirits but barbecue’s history starts in the Caribbean. Rum’s sweetness make it a great match to both really sweet and really savoury dishes, which is right up barbecue’s alley: sticky glazes and umami-laden, slow-cooked meats are just the thing with a glass of rum.

However, with more herbal and adventurous styles of rum, you can go more leftfield – try them with slaws and salads. Just sprinkle your plate with a handful of fresh herbs and dive in.

Rum on The Whisky Exchange > 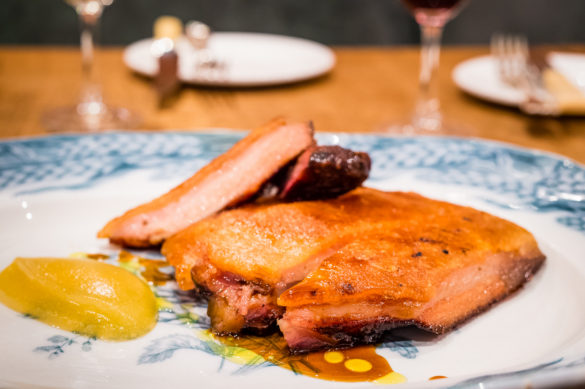 Barbecue started in the South, the cradle of modern American whiskey, so it shouldn’t surprise anyone that it’s a good match. While there’s a whole range of styles of whiskey in the USA, the south focuses on corn-heavy mashbills – bourbon is the star. Fortunately, bourbon pairs with pretty much everything in the barbecue world, so it’s the perfect fallback if you can’t find a more adventurous match.

Jamie had an unexpected pairing for me: pork scratchings. ‘We cured the pork rinds, deep fried them and dusted them with a spicy rub –fantastic, especially with bourbon.’ I wonder if I can replicate the effect with a bag of Mr Porky and a handful of homemade spice mix…

Whiskey on The Whisky Exchange >

Many thanks to Jamie Berger for his time and photographer Paul Winch-Furness for the photographs. You can find out more about Pitt Cue on its website. If you enjoyed this, check out our other food pairing articles.