8 Comments on Poteen – the spirit of Saint Patrick’s Day

Tomorrow is St Patrick’s Day, and while I will inevitably drink a pint of Guinness and a shot of Jameson, I try to spend the day looking at another side of Irish drinks. Last year I delved into the world of Irish cream liqueurs, but this time I’ve decided to step further back into Ireland’s drinking history and look at the original Irish spirit – poteen aka poitín.

These days, whiskey is the best-known spirit produced in Ireland, but back before commercial distilling, poteen was what people made and drank. Poitín, pronounced ‘potcheen’ and often anglicised as poteen or potcheen, is Irish for ‘little pot’, in reference to the small stills in people’s homes that were once used to make it. With advent of licensing, stills moved to more rural areas and poteen’s reputation as an underground spirit began. 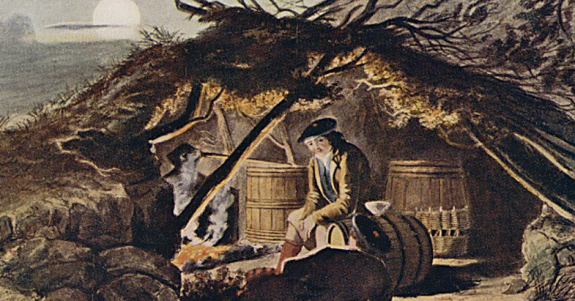 Things have moved on over the past few hundred years

With the current rise of Irish spirits, it was inevitable that commercially produced poteen would appear, and while it’s still a young category, there’s already considerable variation between the small number of releases. I recently tried a few while visiting the Irish Embassy, and while there were no Ferrero Rocher, the poteen did impress me.

First up is Bán, pronounced ‘born’. This is the second edition of the company’s poteen, produced at Echlinville distillery in Northern Ireland. While the distillery hasn’t released any of its own whiskey yet, as it won’t be ready until at least August this year, the owners have let the folks from Bán use its equipment to produce a spirit that’s very different from their usual fare. While traditional poteen used grain as its base, over the years other sources of sugar were used by illicit distillers, depending on flavour, availability and cost. Bán has embraced this heritage and use a mixture of malted barley, sugar beet and potatoes, which makes for a complex spirit: 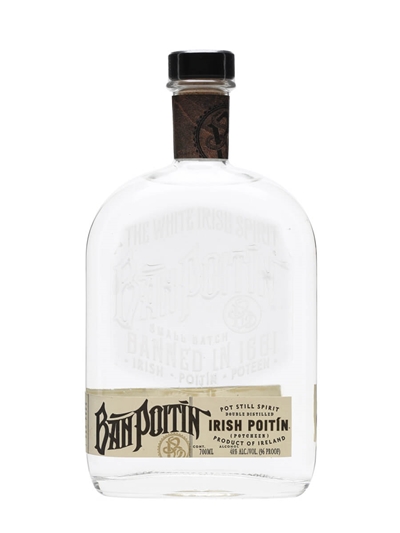 Palate: Oily in texture and laden with sweet spice off the bat – cinnamon toast, clove and mace. Creaminess builds, with sweet milk chocolate and milky coffee balanced by underlying barrel-char and coffee-ground bitterness.

Comment: Unexpectedly spicy and complex, with rich creaminess and carefully balanced sweetness. A tasty sipping spirit and one that I’d like to use to make sour cocktails.

At the other end of the poteen spectrum sits Glendalough. It is mainly known as an exciting new whiskey producer, with its own spirit still maturing and its award-winning releases using casks sourced from Cooley, but it also produces a range of bottlings that challenge the nature of poteen. While it is traditionally an unaged spirit, and Irish law both restricts the length of time it can be stored in wood to just 10 weeks and specifies what can be said  about the ageing on the label, Glendalough proudly calls its aged expression Sherry Cask Finish Poitin.

Glendalough’s poteen spends some time in sherry casks after distillation, giving it a very different character and colour to other poteens. 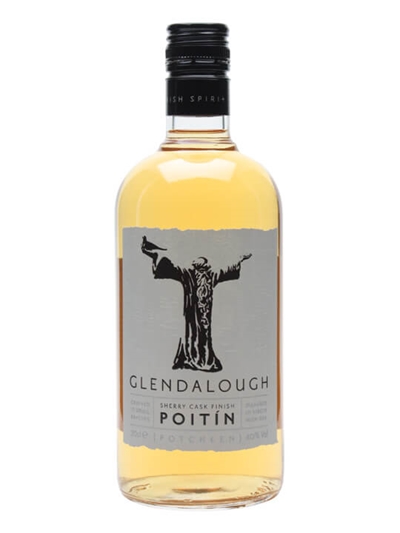 Palate: It starts with rich and spicy fruit cake – Dundee cake with dates rather than almonds on top – and rich Christmas pudding. The cherries from the nose then rush in, along with bitter liquorice pastilles and sweet Bertie-Bassett-shaped Liquorice Allsorts. Behind the sweet and fruity notes is a layer of charred oak bitterness, rich earthiness and hot cinnamon spiciness.

Comment: It may have only been in a cask for a short time – I suspect for longer than the 10 weeks the law allows – but it’s picked up a lot of sherry character.

As more new distilleries appear, I expect we’ll see many more poteens appearing – they are the equivalent of the gin and vodka being made at new distilleries elsewhere in the world. However, with years of tradition to draw on, I expect the differences to continue and look forward to a rich and varied category as Ireland’s distilling boom continues.

You can find these and more St Patrick’s Day ideas over on The Whisky Exchange website.

#Whisky Poteen – the spirit of Saint Patrick’s Day: Tomorrow is St Patrick’s Day, and while I will inevitably … https://t.co/mNL6ehk3Dz

@WhiskyExchange thanks for the mention Billy! Just FYI, think we’re the only one who uses potatoes…

Poteen – the spirit of Saint Patrick’s Day https://t.co/5f2ToxLSUz via @boozedancing