4 Comments on Charles Heidsieck Brut Reserve – Champagne of the Month

Next up on our Of The Month list for February is Champagne – this month’s top fizz is from Charles Heidsieck. 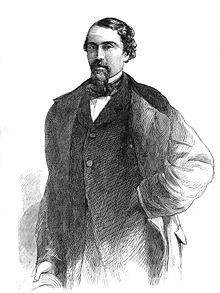 I admit I didn’t think I knew anything about Charles Heidsieck before I started looking into the company for the Champagne of the Month page. Very quickly I realised that I knew more about them than I thought thanks to a single phrase: Champagne Charlie.

Charles-Camille Heidsieck came from a family of winemakers. They, the company now known as Piper-Heidsieck, started in 1785, and having learned the trade, Charles headed out on his own in 1851. His focus was export, and started in the mature markets of Belgium and England – we still drink more Champagne in the UK than any other country in the world. At the time, the USA was barely a blip in the statistics, and Charles decided to break in to the market in style.

To cut a long story short, it was massively successful, and the US is now the second-biggest consumer of Champagne in the world – not Nigeria, as was reported last year. As the figurehead of the American Champagne revolution, Charles picked up the name Champagne Charlie and became a well-known face at New York society gatherings in the late 1850s.

However, things didn’t go too smoothly from there. With the American Civil War in its early rumblings, new laws left him unable to collect debts, and to make things even worse, he was arrested as a spy after trying to smuggle cotton out of the South in an effort to get some payment for his Champagne.

Karma can be an excellent thing, and after his release he was given the deeds to some land in Colorado as compensation by the family of one of his debtors. The land in question was for a large chunk of a little village called Denver, and as the place exploded into being the most important city in the state, Heidsieck sold the land and reinvested the profits in his Champagne house. The company was turned around and now 123 years (to the day) since his death – on 3 February 1893 – they still produce excellent fizz. 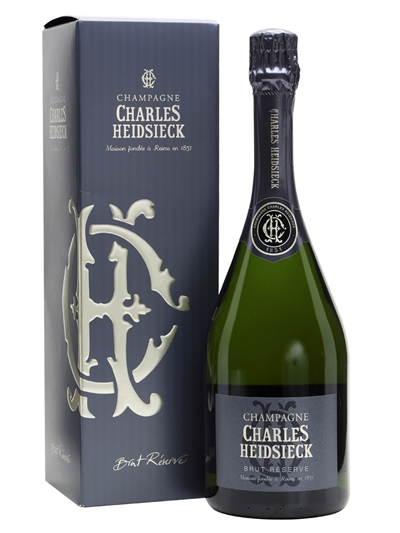 We’ve chosen a Charles Heidsieck bottle as February’s Champagne of the Moment as too few people know about their wine. They’ve won loads of awards and are well loved in the industry itself, but without the marketing budgets of the big names they don’t get the spotlight as often. We’ve gone for their flagship Champagne, Charles Heidsieck Brut Réserve – a great place to start learning about their range.

Charles Heidsieck has won more awards in the wine industry than any other house and this is testament to the quality of their Champagnes. They use 40% reserve wines in this non-vintage, which gives the wine its weight. Dried fruit, toasted brioche and a creamy, nutty finish make this Champagne a pleasure to drink.

Head over to the Champagne of the Month page to learn more.

Posted in Champagne, Of the Month, Sparkling Wine of the Month
Tagged Charles Heidsieck

#Whisky Champagne of the Month – Charles Heidsieck Brut Reserve: Next up on our Of The Month list for February… https://t.co/E6efidxBHd