2015 was as busy as ever, with loads of new drinks appearing on our shelves and more customers than ever before – thank you for making it such a success. It’s now 2016, and that can mean only one thing: time for our round-up of the past year. 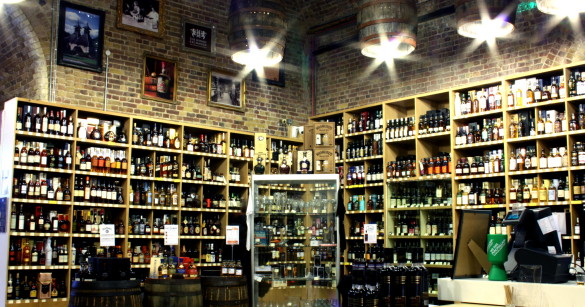 It’s been a bit of a year for our London Bridge shop. We had loads of great tastings, but while it gained a new sibling – The Whisky Exchange Shop at Covent Garden – it also, sadly, closed. Vinopolis, the building where we were based, is being redeveloped, so we had to move out. Don’t worry, as we like London Bridge and there are already plans afoot for a new shop – keep an eye on the TWE London Shops Facebook page for news, and have a read of manager Alex’s post from last week, sharing his memories of our original shop.

We did our usual run of great evenings through the year, starting with our traditional Diageo Special Releases evening with Colin Dunn and finishing with a tasting of long-aged whiskies from the Inver House Distillers portfolio with Lukasz Dynowiak. We had visiting American distillers from Rock Town and Wild Turkey, Ardbeg’s Mickey Heads celebrating the distillery’s 200th birthday, Dalmore’s Richard Paterson threatening to kill people (as usual), and even a visit from Bruichladdich master distiller Jim McEwan, as part of his victory lap of the UK before retiring in July.

However, the tasting that stood out most to me was a visit from Billy Leighton, master blender at Midleton in Ireland. Not only did he bring the distillery’s excellent range of whiskeys, but he also had some cask samples for us to choose from – keep an eye on the website, as we’ll soon have a TWE-exclusive Irish whiskey appearing soon…

Spirit and Whisky of the Year 2016 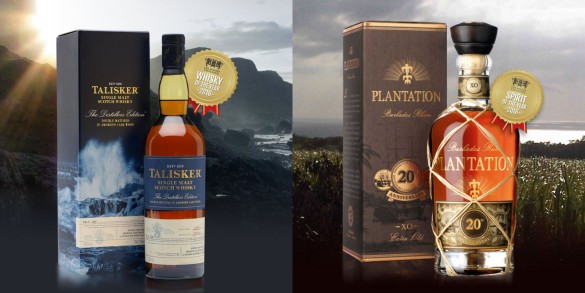 This year’s shortlists for our Spirit and Whisky of the Year awards were even more difficult to choose than before, but we narrowed them down and our eventual winners were Plantation XO 20th Anniversary rum and Talisker 2003 Distillers Edition – both excellent releases and well worth your attention. 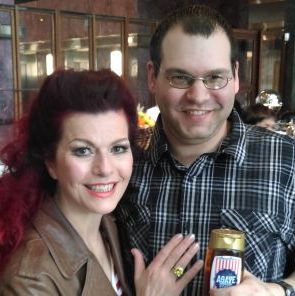 We’ve been busy this year, with 162 posts popping up over the past 365 days – one every two-and-a-bit days. We’ve made significantly fewer photoshopped pictures of Rocky this year, but he’s managed to both jet around the world to visit distilleries in the USA and Germany, as well as meet the person behind one of the two celebrity Tequila brands we’ve looked at this year – Cleo Rocos, owner of Aqua Riva Tequila. Unfortunately, the owner of Casamigos Tequila, a Mr Clooney, wasn’t available.

Stu’s also managed to meet a few people, adding entries to our In Their Own Words series as well as interviewing rugby player Chris Cusiter, who we found is not only fond of whisky but also a TWE fan. He also wrote our most contentious post of the year – an interview with Nick Morgan of Diageo about NAS whisky. It ruffled a few feathers in the online world, and has attracted more comments than anything else we’ve published.

I’ve had a much quieter year, focusing more on the non-whisky spirits that have been tempting me recently – Haitian rum, Aperol, Vermouth and Campari, amongst others. I also got to interview Jim McEwan, tried to make my own Baileys and admitted to my not-so-secret love of Jack Daniel’s liqueurs – Tennessee Honey and Tennessee Fire.

As usual, there were two big hitting blog posts this year – the announcement of Jim Murray’s Whisky Bible award winners and our April Fools’ Day story. We’re sorry to all of you who were taken in by the latter – it seems that it was worryingly believable this year.

We bottled some excellent whisky this year. I am almost certainly biased, but with excellent scores from bloggers and magazines, awards from the Independent Bottlers’ Challenge, medals from the Malt Maniacs awards and most of them sold out, it seems that other people agree. You can find all of our exclusive whiskies here, but special mention must go to our pair of bottlings from The English Whisky Co – Classic and Peated – which Oliver wrote about here. 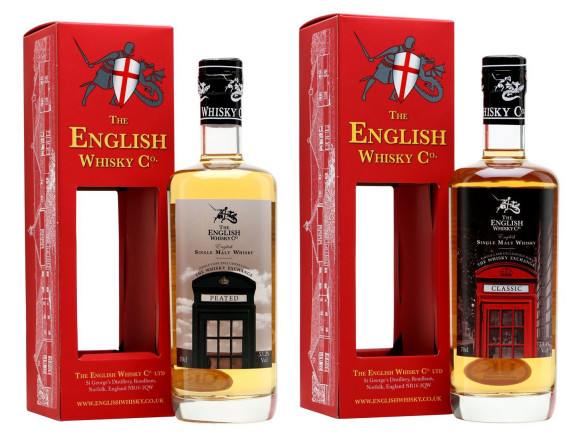 More than any other whiskies we’ve selected in recent times, these have turned heads – English whisky has come of age.

2016 promises to be even busier than 2015: Whisky Show tickets are already on sale; we have a new venue for tastings and the schedule for early 2016 is already filling up; and plans for a new London Bridge shop continue apace. Behind the scenes, our warehouse has been upgraded and orders are being delivered even faster than before. We’re also bringing in more products every day – from fine wine to Bajan hot sauce – and will continue to do so, ensuring that we have the best selection of tasty things to drink (or eat – don’t drink the hot sauce neat) anywhere online. We have plans for more exclusives, rumours of excellent new bottlings arriving down the line, more bottle engraving and lots of ideas for new website features – it’s going to be a fun year.