This year I decided to overcome the post-Whisky Show blues by visiting a distillery (and a country) that’s been on my bucket list for a few years – Sweden’s Mackmyra. ‘The founders wanted to create a whisky that was Swedish. But what did that mean? It had never been done before’, area sales manager (and half-Scot) Lisa Collins told me – a statement that highlights the ethos of the distillery from the beginning. 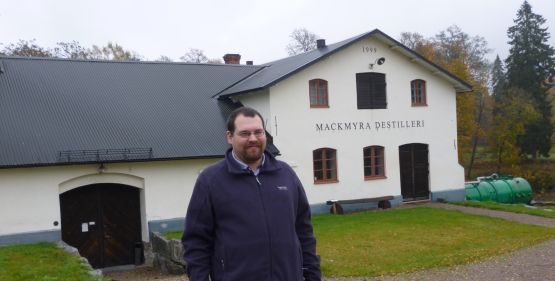 The distillery, named after the village in which the originally distillery was located, is pronounced ‘mack-moyra’ and translates from old Swedish as ‘small mosquito’. I questioned whether including ‘mac’ in the name was a nod to the Scots, but as Lisa pointed out, the founders were trying to make its Swedishness a point of difference, discounting the theory. 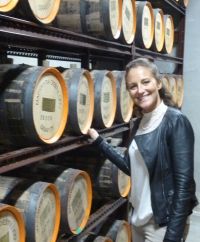 The founding group of four couples included a chemist, an economist and a marketer, and when Angela D’Orazio, the current master blender, joined from The Scotch Malt Whisky Society in 2004, everything was in place to create an internationally renowned whisky brand. The distillery started by selling 30-litre casks to customers under the Reserve programme.

Customers can choose between one of two recipes – elegant (unpeated) or smoke (peated) – and the type of cask: bourbon, sherry, Swedish oak or ‘gravity’ (a bourbon cask with Swedish oak ends). In an effort to ensure the customers feel closer to their casks (in Lisa’s words, ‘taste from, touch, photograph and sign them’), they are housed in one of five warehouses dotted around Sweden, depending on the customer’s location – at the distillery (in the east) Fjäderholmarna (an island off the coast of Stockholm); Häckeberga Castle (in the south); Smögen (in the west); and the Bodås mine (central) – as well as one in Germany (Gut Basthorst near Hamburg). 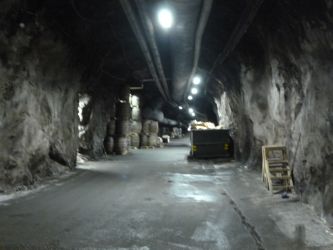 A tunnel in the huge Bodås mine

My visit began in Gävle, the city that houses the new distillery. Birch trees (easy to spot due to their white bark, and also the inspiration for one of their new whiskies) lined the roads throughout the 40-minute drive to the company’s underground warehouse in the former Bodås mine. I was immediately struck by both the sheer scale and the smell of the place. With thousands of Swedish oak casks stored there, the pungent smell from the spicy wood – reminiscent of horseradish – filled the air and was overpowering at times.

The mine stays at around 7°C at all times, so maturation is slow, dispelling another accusation aimed at the company, that the use of 30-litre casks was chosen to speed up the ageing process. In reality, the company’s first pot still produced 30 litres of spirit at a time, and it was taking more than a week to fill 100-litre casks, so they found a Swedish cooper to rebuild the casks into smaller ones. Lisa says: ‘He was happy; up until then, he’d been rebuilding casks for people to use in their gardens!’ 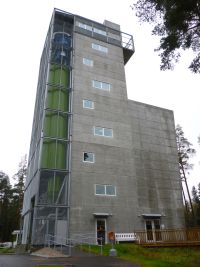 Leaving the mine, we headed via the original distillery – no longer regularly producing spirit, although the equipment is still in place (the listed building was unsuitable for expansion) – to the new whiskyby (whisky village). Built in 2011 on the site of an ex-military shooting range, the new distillery has enabled production to be doubled, and uses gravity rather than electricity in many aspects of the production process.

Taking the lift to the top (eight floors up), I was rewarded with a stunning view over the forest, highlighting the natural environment surrounding the distillery. Making our way past the washbacks which, after a competition among cask owners, are named after 12 of them, we reached the stills. Made by Forsyths of Rothes (proving the distillery hasn’t turned its back on all things Scottish), they are replicas of those at the original distillery. Lisa told me: ‘We’ve done tastings between the old and new stills, and while the end result is the same high quality, there’s more of it – a bigger heart’. Mackmyra produces both unpeated and peated whisky and all the barley for the latter is malted on site. It’s estimated that there is peat underneath 25% of Sweden, so in keeping with the distillery’s ethos, all the peat used is from the nearby Karinmossen peat bog and for an extra-Swedish touch, twigs of juniper are added to the kiln during peating, to add a sweeter note.

Due to local laws only allowing spirits sales through the government-owned retailer Systembolaget, it was the first distillery I’d been to where you can’t buy bottles. In addition, the distillery has had to add a restaurant to even be allowed to let customers sample their whiskies, although Mackmyra have taken advantage of this by creating a menu around whisky pairings using local ingredients, as well as the services of a chef who used to work at the UK’s three-Michelin-starred Fat Duck. To end my visit, we decamped to a local hotel that carries a large amount of Mackmyra’s produce for a tasting with food – it seems us Brits pair food with wine, Germans do it with beer and the Swedes with whisky. Here are my views on four quite different expressions:

Vit Hund (‘white dog’) is the distillery’s new-make offering, made using unpeated barley, watered down to drinking strength and bottled without ageing.

Palate: Raw and warming, with the apple and pear notes from the nose joined by pineapple and sweet nutmeg spice.

Finish: Medium in length, with the spiciness increasing to the end.

Comment: The house style is evident here, with notes of green apple and pear which are found in many of the distillery’s whiskies.

The first single malt to be released by the distillery, The First Edition was launched in 2008. Predominantly aged in ex-bourbon casks (of which half are 100 litres and half are 200 litres), with a small number of sherry casks and 5% Swedish oak in the mix.

Nose: Fruit led, with green apples, pears and a hint of mango.

Palate: Creamy texture, with apple, pear and dried apricots; a clove spiciness from the Swedish oak, and a vanilla undertone.

Finish: Medium, with the vanilla the last flavour to dissipate.

Comment: This is the expression that put Swedish whisky on the map, and it’s still going strong six years later – the distillery’s benchmark bottling doesn’t disappoint.

A very Swedish style of whisky, matured in a combination of sherry, bourbon and ‘gravity’ casks, before a finishing period in casks which used to hold birch-sap wine – this should be different:

Nose: Sour lemons, horseradish (that’ll be the Swedish oak), with the trademark pear note and sweet nutmeg in the background.

Palate: Mouth-coating texture, with a warming horseradish spiciness, pear and vanilla from the American oak more prominent than on the nose.

Finish: Medium, with the spicy oak notes continuing to a drying finale.

Comment: The flavour profile is unlike any whisky I’ve tasted before. This isn’t for everyone, but for those who are adventurous and like a spicier style, it’s worth trying.

Bee is a combination of Swedish whisky and malt vodka, with organic honey collected from the surrounding area (Gävle and Valbo) – is a mixture of dandelion, linden and forest honeys, with some raspberry flowers.

Nose: Dry honey (floral rather than sweet), lavender, iced tea, and a hint of cinnamon (remiscent of Dentyne Classic).

Palate: It tastes exactly as it smells, with the iced tea turning into cold tea, with the associated dry tannins.

Finish: Short to medium, with a slightly-sweet honeyed ending.

Comment: A very different style of honey whisky liqueur. No sugar is added, so all the sweetness (albeit a small amount) comes from the honey. It’s refreshing, but doesn’t quite satisfy my sweet tooth – a liqueur for those who usually find the category too sweet for them.

One of the aspects of whisky I find the most interesting is how different distilleries use the same three ingredients (water, barley and yeast), but make their own style of whisky. I applaud Mackmyra’s ideal of making whisky in a very Swedish manner and staying true to the founders’ roots at all times, something Lisa told me she fell in love with, when first discovering the brand. If you are sceptical about whiskies from outside Scotland, I’d thoroughly recommend a trip to Mackmyra, After years in the trade, I remain convinced the best way to understand a product (or a brand), is to go to where it’s made and discover its home environment.

[…] This year I decided to overcome the post-Whisky Show blues by visiting a distillery (and a country) that’s been on my bucket list for a few years – Sweden’s Mackmyra. ‘The founders wanted to create a whisky that was Swedish. But what … Continue reading >> […]

[…] to distillery profiles from Rocky (our resident traveller) of Bruichladdich, Benromach, Glen Moray, Mackmyra and Hven, and a series on ‘sherry’ casks from me, we’ve covered a wide range of […] 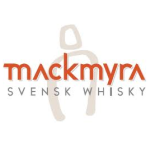