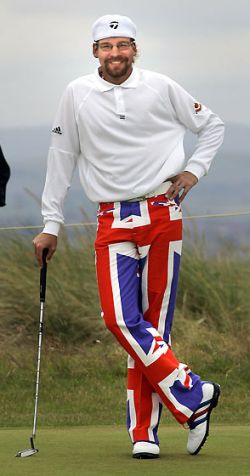 There are many things that work together. Some need no explanation: soap and water, meat and potatoes or fish and chips; some are a little more obscure – Danny DeVito and Arnie, ham and Coca-Cola, strawberries and black pepper. Another combination that fits into the latter category is kummel and golf.  With the 143rd Open Championship already under way, I decided to investigate the little-known link, noticing our golf-club customers were buying an unusually large amount. Anne Bennett, steward at the prestigious Prestwick Golf Club in Ayrshire (which held the first Open in 1860) says they get through 24-30 bottles a week in the summer months.

Kummel is a caraway-flavoured liqueur – the UK uses the Dutch spelling without an umlaut (it’s kümmel in Germany); the word simply means ‘caraway’. Production methods vary slightly by brand – using Mentzendorff as an example, alcohol made from sugar beet is double-distilled in a pot still with caraway seeds. After the second distillation, sugar is added and the mixture is watered down to 38% abv. It is then left to rest for two months in stainless-steel vats before being bottled. Kummel is therefore similar to taffel Akvavit, except that the latter is aged in oak casks.

Legend has it that drinking kummel helps on the greens – it’s affectionately known as ‘putting mixture’ in many Scottish golf clubs. Not being a regular on the golf course, I left it to the experts to say whether it worked. There was a mixed response. Jamie Colton, head steward at St George’s Hill in Surrey, said that although he drank kummel, he had not found it helped his game, but he added that some of the club’s members drank it after their carvery lunches ‘to settle the stomach and calm the nerves before playing again’. Anne Bennett at Prestwick told me that in the early days it wasn’t used purely as a drink, but that golfers would rub a little on to their hands to prevent them sticking to the clubs, although she believes this may be an urban myth. Blogger The London Golfer said that drinking kummel is thought to help smooth the putting stroke.

Quite when and why the link between golf and kummel was established is unknown – James Hall, clubhouse manager at East Lothian’s world-famous Muirfield (the second-biggest kummel customer after Prestwick) says the whys and wherefores are elusive – ‘it’s just something we serve’. Tony Yeates, secretary at East Lothian’s Luffness New Golf Club describes the origins as being ‘long lost in folklore’, but that it is the thing to do, ‘like a pint after rugby or Pimm’s after tennis’. Golf writer Steve Killick (a member of Royal Ashdown Forest in East Sussex) comments in his article in Kingdom Magazine (owned by golfing legend Arnold Palmer): ‘Royal Ashdown Forest certainly stocked Mentzendorff’s liqueur long before World War II.’ Caraway seeds are known to be rich in nutrients, minerals, antioxidants and vitamins, but whether these remain after the distillation process and has helped to make kummel the golfers’ drink of choice remains unknown. 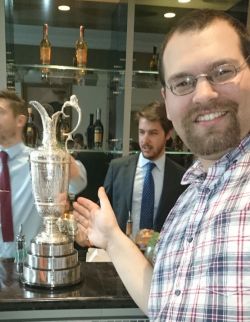 Even though golf clubs selling kummel is commonplace, the way they serve it varies. All the golf clubs I spoke with served it in 50ml measures, both with and without ice. St George’s Hill and Prestwick serve it from the fridge, whereas Luffness and Muirfield use the freezer.

Often a generation will shun the drinks of their parents and try to start new traditions, but this doesn’t seem to be the case with kummel. Anne Bennett said: ‘Everyone drinks it – the younger members do, as they’ve heard about it from their fathers and grandfathers.’ It’s not just Europeans (the traditional heartland) that drink it either, Anne added that many American visitors try it because the caddies recommend it during their rounds. Prestwick has many female members who enjoy a glass of kummel after a meal, but in Jamie’s time at St George’s Hill he doesn’t remember serving it to a lady golfer (‘maybe they take their afternoon golf a bit more seriously?’). The London Golfer says the drinking of kummel has extended across the pond to the very top clubs, because British golfers have taken some over and left bottles there but they ‘invariably sit undrunk all year until the next time they return!’

There are two main brands seen in the UK’s golf clubs – Mentzendorff and Wolfschmidt, and I took the opportunity to compare them, along with an expression from Combier, which is made in the same distillery as Mentzendorff’s.

Thought to be the original kummel, Mentzendorff use the family recipe of the Baron von Blanckenhagen of Livonia, who kept the liqueur for themselves and their guests. In 1823, the company started exporting it, and today it is made at the famous Combier distillery in France’s Loire Valley.

Nose: A whack of caraway, combined with orange zest, lavender and a hint of rose water.

Palate: Coats the mouth with flavours of caraway and Barratts Black Jacks with white pepper in the background.

Finish: Medium length with the liquorice left at the end.

Comment: Very caraway-forward, but with well-balanced spice and sweetness.

Wolfschmidt Kummel dates to 1847 when it was first produced in the Latvian capital, Riga. Made to a historical Danish recipe (nowadays in England), it is branded as a ‘double kummel’, indicating a higher proportion of botanicals. The brand leader in the UK (and among the many golf and gentleman’s clubs), this is seen as the benchmark for kummel.

Nose: Restrained compared to the Mentzendorff – lemon being the dominant aroma with caraway taking a back seat.

Palate: In contrast to the nose, the caraway is more prominent with anise and hints of lemon sherbet in the background.

Finish: Medium to long, with the anise making it through to the very finish.

Comment: An interesting contrast between nose and palate, the latter being where it really comes alive. The length is impressive – I can see why this is the choice of clubs around the country.

Made at Combier distillery dating to 1848 (although Jean-Baptiste Combier had installed an alembic still at the back of his shop around 15 years before), this is their own interpretation of the kummel recipe and provides an interesting taste comparison with Mentzendorff’s, which is made in the same stills.

Finish: Long length with a strong (but not unpleasant) curry aftertaste.

Comment: Considering this comes from the same distillery as the Mentzendorff, it’s a completely different animal, reminding me more of the German style.

The jury remains out on whether a glass of kummel helps to improve your golf, and there’s a variety of opinions among the golfing community, but one thing remains uncontested – it makes for a delicious digestif!

#Whisky Kummel – calming those first-tee nerves: My typical weekend attire
There are many things that work tog… http://t.co/RIVzfxqcsd

@domu888 Kummel – calming those first-tee nerves: There are many things that work together. Some need no expla… http://t.co/DRAcjhtnAl

Kummel – calming those first-tee nerves – There are many things that work together. Some need no explanation:… http://t.co/2Dz8BwWjYw

@stewartcink No worries, seems a British thing – thanks for the reply. If interested, you can learn about it at http://t.co/1NmAdAsRfl

[…] a long time. Admittedly, I’m a fan of caraway-flavoured spirits in general, as explored in my kummel post. Last month I took a trip to Norway to visit Arcus Gruppen’s distillery near Oslo to see […]