3 Comments on Whisky Live London, Dramboree and another show…

The year of whisky events is getting up to speed, with the first UK events just a few weeks away. Here’s what we’ve got coming up soon:

The Whisky Live collective continues to grow across the world, with Whisky Live Israel appearing in the calendar for the first time this year. However, a bit closer to home for us at TWE is Whisky Live London.

Held on Friday 21st and Saturday 22nd March at the Honourable Artillery Company on City Road, it’s the event that kicks off the year’s whisky show schedule. A bunch of exhibitors have been announced, with more still to come, as well as the weekend’s masterclasses.

We’ll be there again running the shop, so pop by and say hello. We’ll have all of the bottlings available to taste at the show that we can for sale and I should be there to talk rubbish about whisky with anyone who comes nearby. Tickets are now on sale at the Whisky Live website.

Rather than a more traditional “big room with tables and brands” whisky festival, Dramboree goes for the more laid back style of whisky weekend epitomised by Maltstock in the Netherlands (which is also coming up later this year). Simply put, the plan is to gather whisky fans together by Loch Lomond to sit around, drink whisky and talk about the universe. There are also some tastings, a boat trip and a visit to Glengoyne on the cards, but there will also be comfy chairs and a table full of whisky.

The Whisky Exchange is sponsoring the weekend and we’re putting together a special, very limited Dramboree bottling. We’re still finalising the whisky to go in the bottle, but the casks we’re choosing between are rather special.

Dramboree 2014 is running from Friday July 4th to Sunday July 6th and kicks off when the coach picks us up from Glasgow Central station – I will, of course, be in attendance. Full details are over on the Dramboree website and tickets are on sale now. 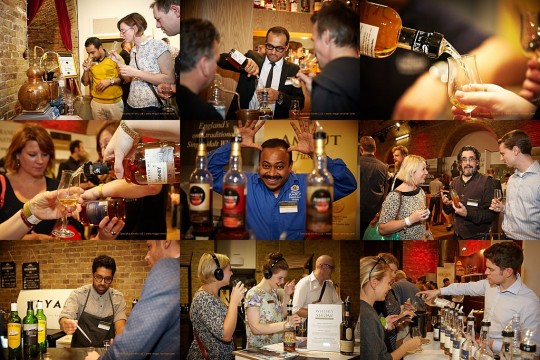 The place and dates are set – October 4th and 5th at Vinopolis. We’ve got more space than ever before and some rather excellent things in the works. Keep an eye on the website, Twitter and Facebook – tickets will be on sale very soon…