Some TWE news today – most of you will be aware that The Whisky Exchange have been involved for the last two years as organisers of The Whisky Show, in partnership with Graeme Wallace of GW Publishing.  The Shows have been acclaimed by both industry and consumer alike and some of the event masterclasses have already become the stuff of legend – think of Colin Dunn’s amazing Port Ellen Annual Releases vertical in 2009, or last years’ extraordinary Brora/Clynelish tasting hosted by Serge Valentin. 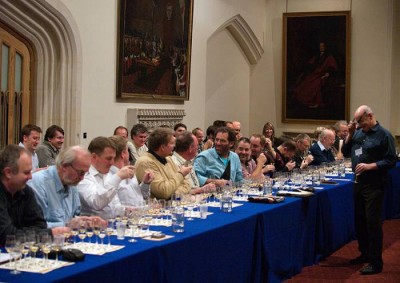 At the time of writing, GW Publishing is still intending to host a separate event, The Whisky Show 2011, at the end of October.  However, we would like to make it clear that TWE has no connection to this event in any capacity and will not be organising or attending this event.

The TWE Whisky Show is a new event, but we’ve had plenty of practice over the last two years while organising The Whisky Show, and we’re confident that the TWE Whisky Show will be the best event yet.  We’ll be continuing in the same vein as the last two years, focusing on premium whiskies and providing all visitors with a two-course meal, complimentary cocktails and some sophisticated food-pairing samples – this year designed in conjuction with famous whisky & food expert Martine Nouet and using produce from the nearby Borough Market.  It’s making me hungry just thinking about it.

All of this, plus of course tasting samples from all the exhibitors are included in the ticket price – there is no voucher system at the TWE Whisky Show.  We’ve got some cracking Masterclassees lined up again for this year – i can’t tell you just yet, but details will be announced in due course. 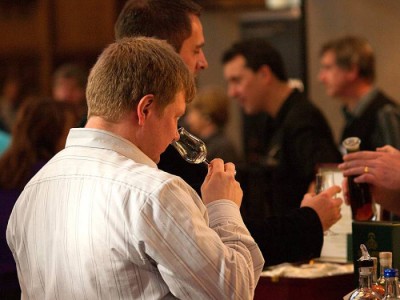 The last two Whisky Shows have also had an Ultra-Premium Dram token, where visitors can take their pick from a frankly mouth-watering selection of some of the rarest and most majestic whiskies ever made – think Highland Park 40yo, Ardbeg 1974, Glengoyne 40yo and Macallan 1938.  This year we’ll be improving this concept even more – check out the website for further details.

We’ve already signed up several exhibitors for our new Show, and confirmed stands will be announced on the site shortly.  We’ll be starting to sell the tickets soon, too – subscribe to the Show’s RSS Feed to hear all the latest news as soon as it happens.