Well, I have to say a big thank you for all your entries into our Bourbon Competition!

We’ve been inundated with suggestions over the last week.  I stopped counting after the first couple of hundred, but the Word document that I carefully cut and paste the names into is on its 17th page –  by my guess, that makes something like 650 ideas, which it’s fair to say is rather more than we were expected.   Thank You!!

Gold stars, especially, to Mike F and Angus who between them have contributed about 15-20% of that total.  However, I’m afraid that it has to be said that the vast majority of suggestions so far have been not quite suitable  – and SDL are a bunch of picky SOB’s anyway, so they’ve rejected everything so far.  The good news is that this means you can still win, so get back to the drawing board and send more entries in!! 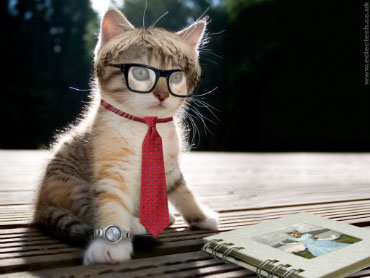 Polished Mockery - that's a good name for a Bourbon!

First of all, though, very importantly – read the rules again.  Also, please no more entries mentioning bluegrass – it’s already owned by someone else.

Let me explain now that anything with words like ‘Whoremaster’ or ‘Hooker’ is highly unlikely to be selected, while it’s a very tough battle for the wooden spoon at present.  I’ve got my fingers crossed that ‘Schizophrenic Drifter’ and ‘Suspicious Clearing’ were intended to be tongue in cheek (I won’t name names to protect the guilty, but you know who you are).

Pick it up, people, there’s £500 TWE credit up for grabs here!
Have a good weekend,
Tim

Is there any information you could furnish us with regarding the product we’re supposed to be naming. The rules and guidelines are useful but if you want to narrow it down maybe something more regarding what’s in the bottle could spark some cool new brainwaves. Or maybe just more info about what speciality drinks are looking for from the name. Anyway it all remains very fun.

Has anything come even close? Is anyone even moving in the right direction?

Guys, unfortunately we are unable to tell you any details about where the bourbon is made – sorry, but that’s part of the deal.

You have all put in some really interesting and original names, but nobody has yet got what the SDL guys are looking for. Be assured that they’ll know it when they see it, though.

In terms of more general guidelines for everyone, here goes:

1) Please be original. They’re looking for a new angle on bourbon here, not just an imitation of something else.

3) They don’t seem to like ones mentioning oak. A lot of people have said ‘(Something) Oak’ or Wood, and they’ve all been knocked back so far. I quite like several of them, but it’s not my choice. If you’ve got a good one, please do still send it in, though, it’s impossible to tell when they’re suddenly going to go ‘Yes!’.

4) Don’t Give Up. I may have used some slightly colourful language earlier, this was not intended to discourage anyone, rather it was to egg you all on to greater heights – we have been amazed at how inventive some of the reponses have been, but they’re just not a fit for SDL’s product this time. The competition will run until we have a name for this product, so take heart.

5) Angus – not disputing the potency of Schizophrenic Drifter, but think you should probably save it for one of your late-period solo albums (produced by Rick Rubin, perhaps) in a few decades time 🙂

WhiskyParty, some suggestions are very close, but just not quite right. Your suggestions have been great, if anyone’s come close you have. Please do keep plugging away.

Just put a banjo on the label – oh, and a Moon…