No Comments on Whisky 101 – Part one: a beginner’s guide

The world of whisky is wide and can be confusing. Here’s a short guide to help you interpret what’s on a label and make sure you are picking up the right bottle.

The first question and one that surprisingly hard to pin down. The definition I use, which covers 99.9% of whisky around the world, is:

A distilled spirit made from grain and aged in wooden casks.

But there’s a whole lot more to it than that.

One of the biggest confusions in the whisk(e)y is how to spell the word itself.

In short: it doesn’t really matter.

In slightly longer: most American and Irish distillers call their spirit whiskey, and pretty much everyone else calls it whisky. There are a few exceptions (especially in the US and Ireland), but that rules mostly holds. However, there are much more important things in life than worrying about whether there’s an E or not.

Find out more – whisky vs whiskey: the differences explained >

How long does whisky need to be aged? 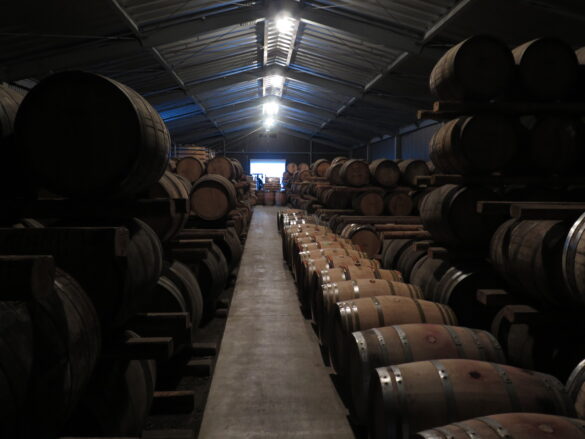 A key feature of many – but far from all – whiskies is a note on the label saying how long it’s spent in a cask. This is not a sign of quality – being older doesn’t mean a whisky is better, it just means it’s had more time to pick up woody flavour from its cask and develop more mature and less youthful character – but there are rules in most places in the world about it.

In the UK, EU, Canada and most of the rest of the world, whisky must be aged for at least three years in oak. That is also the case for all whisky imported into the EU/UK, even if the rules where it’s made don’t line up.

In the USA, different categories of whiskey have different rules, but in general, the spirit must have been in a cask for ‘some time’. This is generally considered to be at least overnight, but it’s rare to see whisky younger than at least months, if not years.

In Australia: two years. Just to be different.

However, if there is a mixture of whiskies of different ages in your bottle, then in almost every part of the world, any age stated on the front will be the age of the youngest whisky in the mix.  So a 10 year old whisky won’t have anything younger than 10 years old in the bottle, but it might have older.

Also, you don’t normally have to put an age on the label of a whisky. In those cases, we generally call them ‘no age statement’ whiskies, aka NAS.

What sort of casks are used? 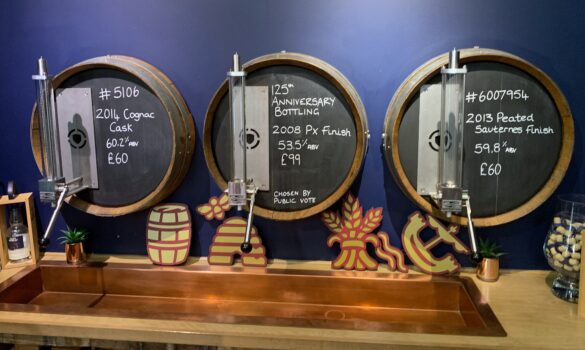 Generally, the casks used to mature whisky are made out of oak – it’s readily available, watertight when turned into a well-made cask and the flavours that a spirit pulls from the wood are pretty tasty. While some whisky is matured in brand-new oak casks – notably most American whiskey (see below for more details) – most is matured in a cask that has already been used at least once.

These second-hand casks can have had a whole host of different drinks inside beforehand, but the two most common are American whiskey and sherry. The former generally leads to whiskies getting creamy, toffee and fresh fruit flavours, while the latter tend more to richer dried fruit and darker notes.

Also, the same cask may not be used for all of a whisky’s time in wood – the technique of moving a whisky from one cask to another is called reracking. While some whiskies can be made up using a complex sets of reracking operations, moving spirit from cask to cask over the years, it’s usually much simpler: the whisky spends most of its life in one cask and then is moved to a different cask to ‘finish’ for a short time. Each reracking will give the new cask a chance to influence the flavour of a whisky, and a finish just allows an extra polish or bump to the character of the spirit, often all a whisky might need.

Find out more – what was a sherry casks? > 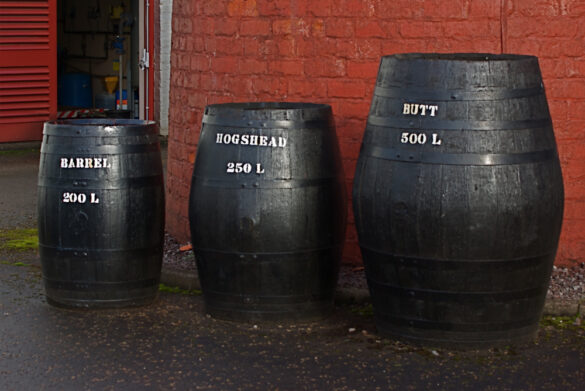 Casks are really complicated but there are a few bits of terminology that are useful to make heads or tale of them:

First-fill – this is the description of a cask that has been filled with something prior to it being filled with whisky. So, a cask that used to contain sherry and now contains whisky would be called a first-fill sherry cask. If that cask goes on to be reused again, it is called a second-fill cask, and so on. Often, anything after a first-fill is referred to as simply a ‘refill cask’.

Single Cask – most bottles of whisky are filled with a mixture of lots of casks, combined to create specific character and flavour. However, there are also bottles that are filled from just a single cask. These are called, helpfully, single-cask whiskies. While the whisky maker doesn’t have the opportunity to bring lots of flavours together with a single cask, relying on the wood, spirit and time to have created something magic, these can be some of the best whiskies on the market.

Cask Strength – most whisky is watered down before bottling, usually to 40%, 43% or 46% ABV. These are popular drinking strengths and for most drinkers something higher is too strong and can be overpowering. However, some whiskies are bottled at the strength they were drawn from the cask, without any dilution – these are cask-strength whiskies. While many people like cask-strength whiskies for their intensity and strength (as most, but not all, whiskies are bottled at a higher ABV then diluted) they are also very versatile whiskies – you get to choose how much water you add. Don’t be afraid of adding water, and if a whisky is a bit much for your current mood, add a few drops, cask strength or not – it could turn a dram into your new favourite.

Where to find out more

The Whisky Exchange is dedicated to not only finding you great drinks, but also helping you find out more about those great drinks. There’s a whole host of information here on the site, as well as educational Focus On pages and regular new features over on our website.

We also have a selection of whisky books, including our own – Everything you Need to Know about Whisky (but are too afraid to ask) – and even mine: The Philosophy of Whisky.

And, if all else fails, don’t hesitate to drop us a line – our customer service team and in-house experts are always happy to offer advice on what your next bottle should be.