What is Irish Whiskey?

5 Comments on What is Irish Whiskey?

Over the past decade, Irish whiskey has become huge. A drink with a long history, its popularity declined through the 20th century but it is now having a renaissance. Not only can you find it in bars and shops all over the world, but there are also new distilleries popping up all over Ireland. But what is it, where did it come from and how is it different to other types of whisk(e)y?

A brief history of Irish Whiskey

An excellent way to annoy a room full of Irish whiskey fans is to simply say ‘Didn’t the Scottish bring whisky making to Ireland?’ Similarly, you can annoy Scotch whisky fans by flipping it around. If you want to annoy everyone, claim it was the English.

There are many theories as to where whiskey making in Ireland and not a lot of evidence. The one that rings truest to me is that missionaries brought distillation to Ireland, primarily for making perfumes and medicines. The Irish modified the process, started distilling beer, and somewhere down the line whiskey was created. 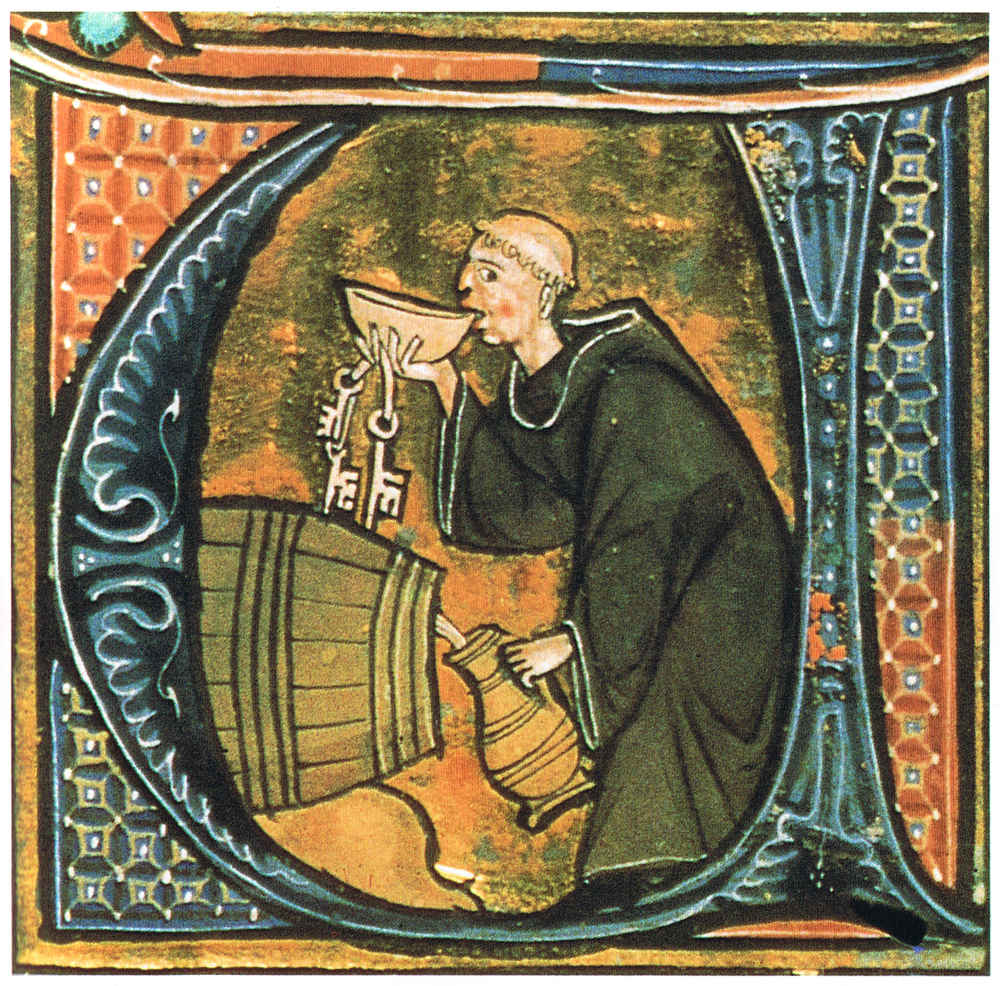 A monk, caught in the act

However it appeared, by the middle of the 19th century Irish was the most popular whiskey in the world. But from the late 1800s onwards, there were a series of setbacks in Ireland that slowly wiped out the industry, leaving it a shadow of itself. The Irish War of Independence, the Irish Civil War, trade wars with England, prohibition in the USA, The Great Depression and the two world wars all took their toll. When writer Alfred Barnard visited Ireland in 1887, there were 28 distilleries making whiskey. By the early 1980s, there were just two.

In 1987, the Teeling family opened Cooley distillery, sowing the seeds of recovery. Over the past 30 years, that recovery has continued, and there are now more than 50 distilleries either in operation, being built or in the planning stages across Ireland. 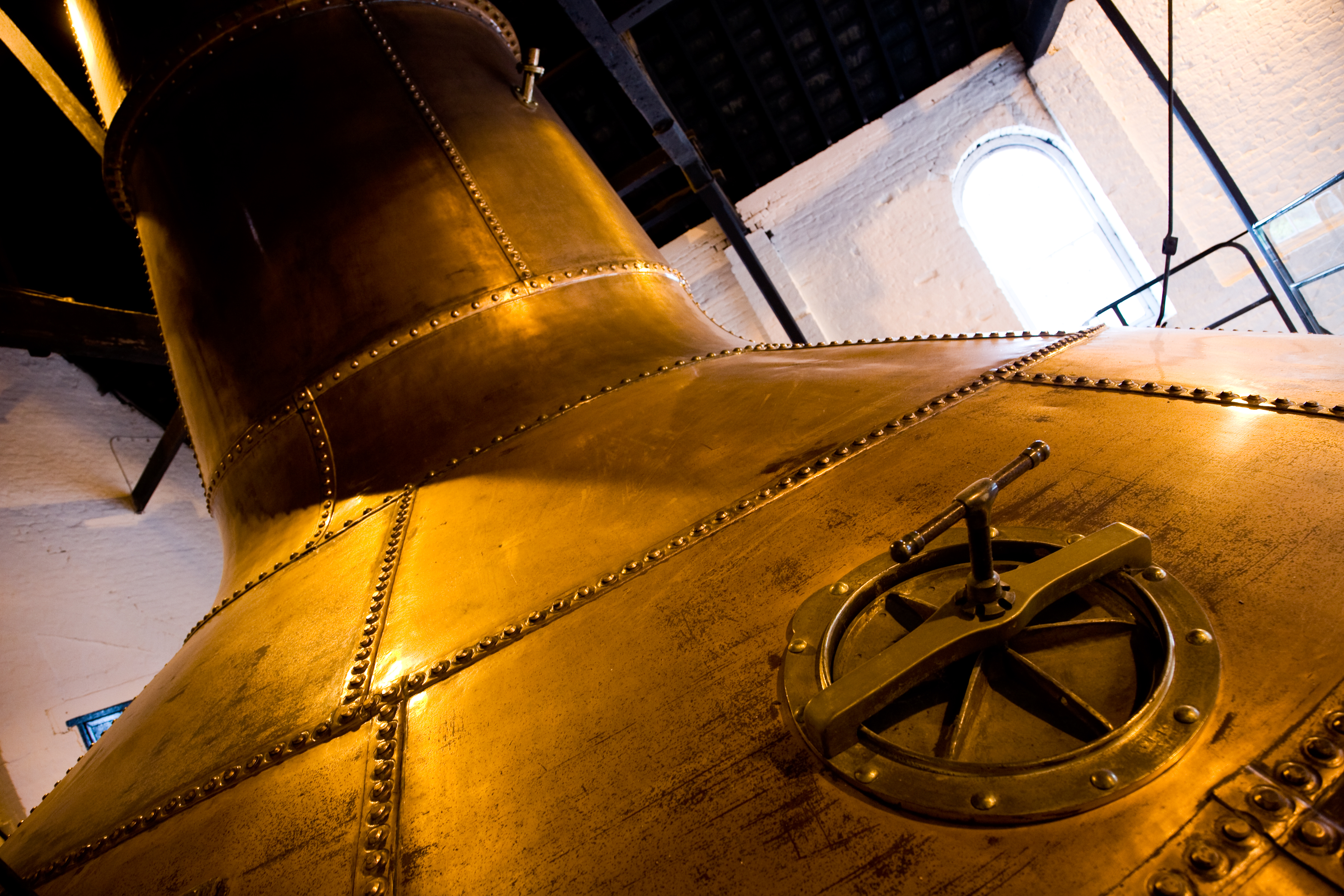 Irish Malt Whiskey – this has a very similar definition to malt whisk(e)y from around the world, and is made from just malted barley, water and yeast, and must be distilled in a pot still.

Irish Grain Whiskey – this is made using a mixture of malted barley (a maximum of 30% of the mash) as well as whole other grains, and is distilled using column stills.

Irish Pot Still Whiskey – this is the most traditional of Irish whiskey styles, and until recently it wasn’t found outside of Ireland. It uses a mixture of malted barley, unmalted barley and, optionally, other grains, and is distilled in pot stills. The recipe must include at least 30% of both malted and unmalted barley, and a maximum of 5% of other grains.

Irish Blended Whiskey – a mixture of at least two of the three types of whiskey above.

Is all Irish whiskey triple distilled?

Irish whiskey is usually triple distilled, making a lighter style of spirit than the normally double-distilled Scottish whiskies. However, Irish distillers can legally double distil if they wish.

Most companies do triple distil, but most of Cooley’s whiskeys, including Connemara and Tyrconnell, are only distiled twice.

What about the E in Whiskey?

There are many theories and stories, but the one that makes most sense to me is from the years of Irish whiskey’s dominance around the world.

With Irish whiskey so popular, other producers – including those from Scotland – started making whiskey of a similar style to try and compete. Sometimes these whiskies had a shady background, with Scottish whisky shipped to Ireland to be blended with a small amount of young Irish spirit before labelling as Irish whisky, and the genuine Irish producers needed a way to distinguish themselves – hence the added E.

It was far from standard for all distillers, and into the early 20th century you can still see Irish whiskey spelled without the E. However, over the decades it’s settled down, and now all Irish distillers use the E and Scottish distillers go without.

Rather than peddling theories & myths on the origins of whisky you can actually stick to verified facts.
The ‘8 bolls of malt’ of 1494 is accepted as the earliest written record of ‘whisky’ regarding Scotland. https://www.themanual.com/food-and-drink/friar-john-cor-the-father-of-scotch-whisky/
A good few years before that in the Annuls Of Clonmacnoise a certain chieftain died from ‘a surfeit of aqua vitae’ which is the earliest accepted written record of ‘whisky’ anywhere in the world. https://www.irishwhiskeymuseum.ie/news/its-true-whiskey-originated-in-ireland/
1405 is a bit earlier than 1494.

It’s generally accepted that the making of aqua vitae (which isn’t quite whisky) was happening in both places before the written records, so myth and legend is all we really have. However, as I say in the article, the important bit in this context is that Irish whiskey was the most popular whisk(e)y in the world by the turn of the 20th century.

Sorry Billy, you seem to be denying the factual written records that do exist.
I accept it was probably going on before these records but until other verifiable sources are found it’s what we have.
Inconvenient truths?

I haven’t ignored anything – I’ve not even really spoken about the early days of whiskey making, just made a tongue-in-cheek comment about the origins of distillation in Ireland. You are indeed correct that the first written reference to the distillation of aqua vitae is in Ireland, but that’s not particularly relevant to my article, which is a reason why I didn’t explore it. The other reason is that such discussions end up very much like this one 🙂

As I mentioned in my previous comment, the modern history of whiskey making, rather than the dim and distant past, is the important bit: Ireland’s rise to dominance by the beginning of the 20th century, the subsequent fall from popularity and its current resurgence. That’s what the article focuses on, with flippant, attempted jokes about everyone hating the English as a side note.

You’re time would be better spent imbibing rather than arguing over origins. My Irish whiskey originates from the distilleries in Ireland. That is all I need to know to enjoy it! I’m scottish and also enjoy my whiskey.