Home   In Their Own Words   In their own words – Cleo Rocos, Owner, AquaRiva

Cleo Rocos is recognisable to many for her TV career in the 1980s and 1990s, most notably as co-star of The Kenny Everett Television Show. These days she is known for being the queen of Tequila, owning her own brand, AquaRiva, as well as being the president of The Tequila Society. I recently sat down with her to discuss her career and all things agave. 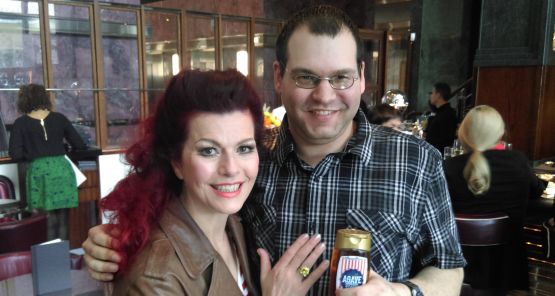 Cleo Rocos, owner of AquaRiva Tequila and president of The Tequila Society

‘Like most people, I’d had the most vile experience on something I was told was Tequila. It was something I didn’t want to go near again in my life‘

‘About 15 years ago in Mexico, I saw a glamorous-looking woman in her 60s sitting by the pool drinking from a long flute. She looked like the editor of Vogue. I asked the waiter to bring me what she was drinking: it was Tequila [the old original El Tesoro]. I realised there and then, I’d never had proper Tequila, 100% agave. It was a real turning point in my life. It made me so angry that all the years I was at the BBC I was drinking awful BBC wine when I could have been having a great Tequila’

‘I learned everything I could about Tequila, held masterclasses and persuaded people to try 100% agave Tequila. My work (it was all passion, I didn’t get paid), was noticed by the Beckmann family [owners of Jose Cuervo, among others], who asked if they could make a Tequila for me to promote. Knowing what I did about Tequila, and some great master blenders, I thought if they think I could sell a Tequila, I should make my own – know what’s in it, what’s not in it’

‘I spent 11 months in Mexico creating my own brand, something I couldn’t find – high-quality Tequila at an affordable price. I didn’t want it to look like a Tequila bottle, like some dead-old bloke, a dark bottle with poison in, anything with a skull on it – in my view that’s outdated. I wanted my bottle to look like you feel when you have a great Tequila, like the first day of holiday, a bit Ibiza, a bit Mykonos, a bit Monte Carlo’

‘I know it sounds corny but when I was creating AquaRiva, I thought: ‘where’s the best I’ve ever felt?’ When I was about eight, my family went for dinner on (shipping magnate) Aristotle Onassis’s yacht, The Christina. One of the little boats that would come and pick you up from the pier was called an aquariva. It was one of those moments where I thought I’m never going to forget how good this feels’

‘My Handmade Reposado Tequila has bigger thighs, fuller, more prominent taste, but it was important that all my Tequilas would be well-balanced in any cocktail. You can have great sipping Tequila that you put in a cocktail and it’s like coming up against a brick when you sip. I wanted to make something that people could drink on any occasion, however they wanted.‘

‘The reason I didn’t make an añejo (and there are some great añejos around), is that to me for many you may as well have a great whisky instead. Making a Tequila and then leaving it to sit in whisky barrels for too long, it’s a bit like a failed whisky’

‘This year will be the year for Tequila. It’s the bartenders, they’re my heros; they know about 100% agave Tequilas. If they have great skills and are given ropey crayons to work with they don’t want to do that. They want to work with things that they enjoy and their customers enjoy. They are mood changers, they make mouth music!’

‘AquaRiva Agave Syrup can be used anywhere you’d normally use sugar: hot and cold drinks, baking. It doesn’t rot your teeth and in Mexico the women use it as an appetite suppressant!’ 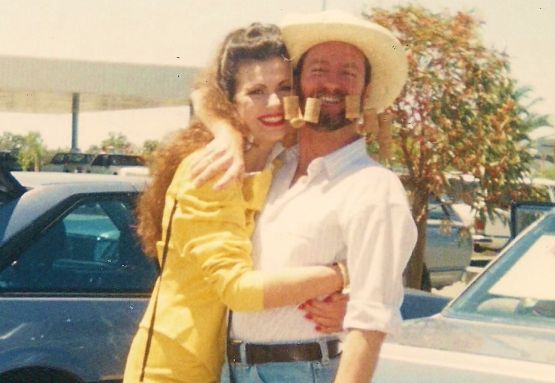 ‘Kenny [Everett] and I had a secret code of letting each other know we were nearby, bananas were our favourite fruit as we decided it had a happy colour and was always a smiling fruit. In those days it was pre-texting, Kenny lived up the road from me and I’d find a banana through my letterbox with a note through it. He once went to New York and I couldn’t go. I phoned the hotel after a few days and they said he’d checked out. The next day there was a knock at the door and there was a man with a truck, 3 tonnes of bananas and a note saying ‘I’m over the road [in a restaurant], come over immediately.’ I thought what if I’d been out shopping! I had to spend the whole day knocking on houses and to the hospital getting rid of bananas’

‘My happiest memory from The Kenny Everett Show was that everything was just natural. We’d be filming a special effect and something would blow up that wasn’t supposed to, we’d have to go and get stitched up, come back and finish filming. There wasn’t so much health and safety and so much nonsense. We used to have fun, it was mischief, nothing offensive. Mary Whitehouse gave the show the best publicity it could ever have, she was complaining about it and it made everyone want to watch it. She was fantastic for the show, but she didn’t mean to be!’

‘It’s been documented I did Celebrity Big Brother because I had a throbbing tax bill. I wouldn’t recommend it. I got on best with Jermaine Jackson. I got on with everyone, but the edits are a bit dubious. You watch it back and you think that’s not the house I remember! Some people came out really unfairly. [The race row] was nothing like that.

‘Who would be my ideal Come Dine With Me group? I’d have Leigh Francis, Russell Crowe because he likes Tequila a lot, Oprah – she’s very jolly. Actually I’d like to do a road trip with them, that’d be funny because they’re unlikely together. Emma Bunton, she loves Tequila and Mariah Carey, she’s huge fun.‘

‘Drinking is a really great thing if you do it well, if you drink great stuff, like eating. I believe most of us wouldn’t be here if our parents hadn’t had a drink.’

‘We’re up against it with Tequila slammers, the junkie stuff at the end of the evening. I say to people there’s no reason to be that drunk unless you’re going to have something amputated without anaesthetic! In real life, the marketing has a lot to do with it. Brands shouldn’t encourage people to slam, they have a lot to answer for. It’s not the way to market stuff. Krispy Kreme don’t encourage people to eat 12 doughnuts, they may come in a box of 12, but you don’t have to eat them in one go’

Posted in In Their Own Words, Tequila
Tagged Aqua Riva

In their own words – Cleo Rocos, Owner, Aqua Riva: http://t.co/4jG2ugHvyG via @whiskyexchange