With the football season finished, vague signs of weather improvement and the longest day coming up (no really), our thoughts turn to picnics and, on a sporting front, to the summer of tennis and cricket ahead before the Premiership grinds inevitably to life again. 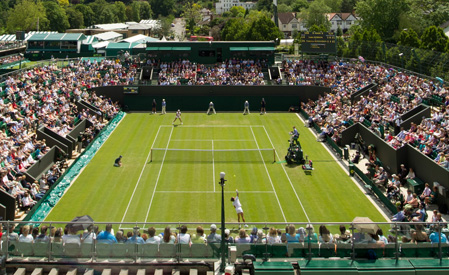 Nice weather at Wimbledon. It could happen.

Naturally, nothing goes better with posh sports than Champagne. With the perfect combination of outdoor sport, good weather and better-than-usual chances of a British sporting victory (and by the way, a huge round of applause for Justin Rose for getting the sporting summer off to a great start), the question of what champagne to buy and how to keep it cold is perilously close to becoming relevant. Panic not, though – TWE have the answers.

One of the UK’s most popular Champagne brands, Lanson have been associated with the Wimbledon Tennis Championships since 1977 and are now the official suppliers of Champagne for the event.

To celebrate their long partnership with the All England Lawn Tennis Club, this year Lanson will be launching very special Wimbledon versions of their most popular cuvées, Lanson Black Label Brut NV and Lanson Rosé Label NV.

These exclusive special editions come in tennis shirt neoprene jackets with a tennis ball zip, and are designed to keep your fizz cooler for longer in the *cough* hot summer sun during the Championships. 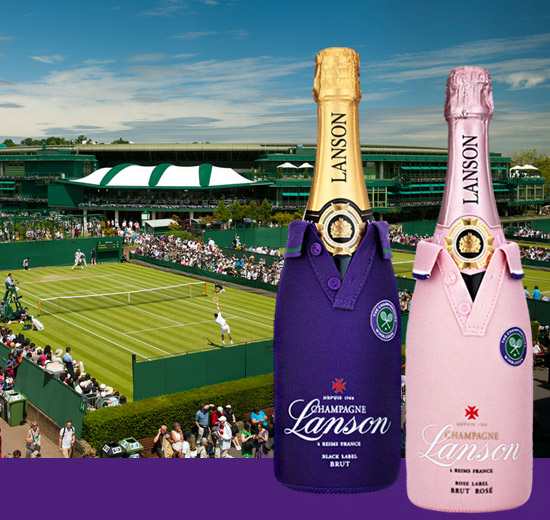 Lanson’s famous Black Label Brut NV comes dressed in a very fetching ball boy’s purple tennis shirt, complete with buttons, a cotton collar trimmed in green and of course the famous Wimbledon Championships logo.  This Grand Marque non-vintage Champagne is aged in cellars for at least three years before release and has famously avoided malolactic fermentation for its entire 250 year history, keeping their fizz fresh and crisp for every sip.

Both of these delightful Champagnes have the fresh, fruity flavours that make the perfect accompaniment to Wimbledon’s famous strawberries and cream and, with a bit of luck, by the first week of July the legendary Championships may even be toasting Andy Murray as the first British winner since Fred Perry in 1936…

For more information on Lanson at Wimbledon, plus a few fascinating facts about the Championships, visit our Lanson Wimbledon page here.