We are very proud to announce that after months of keeping an incredible discovery under wraps we can finally reveal it to the world. TWE have recently been involved in one of the most exciting whisky projects that we have ever heard of, working with a team of archaeologists and scientists to verify the authenticity of an artefact recently uncovered in Scotland: the hip flask of Friar John Cor.

For those who don’t obsessively read about the history of whisky, John Cor is named in the earliest records of whisky-making as the recipient of eight bolls of grain (48 Scottish bushels) to make Aqua Vitae:

Little is known about the Friar, other than that during the 1490s he was a Tironesian monk based at Lindores Abbey at the mouth of the River Tay, about 50 miles north of Edinburgh. There are a number of carvings of the monks from the time, including one that is often thought of as being of John Cor, thanks to the flask strapped to his hip: 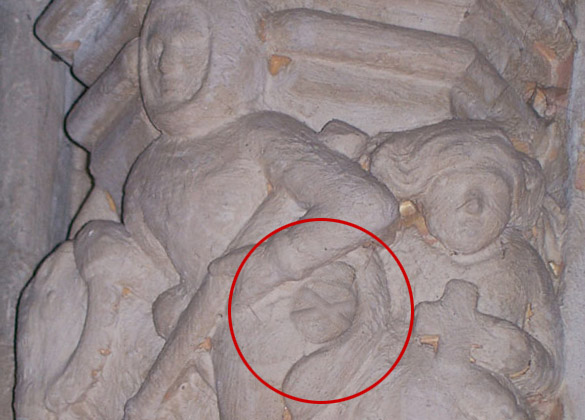 We got involved with the project due to a dig that took place early last year at Rosslyn Chapel, 10 miles to the south of Edinburgh. Those familiar with the works of Baigent & Leigh, and more recently (and upsettingly) Dan Brown, may know of Rosslyn as a focus of Templar and Holy Grail research, with various features of the chapel alluding to legends and theories about both.

The team, a group of Grail hunters whose previous work with Graham Hancock had brought them a lot of unwanted attention in recent years, had uncovered a carving behind a wooden panel that was of some interest – it was a series of geometric markings that matched up with a plan of the church (run your mouse over the image below to see the overlay). 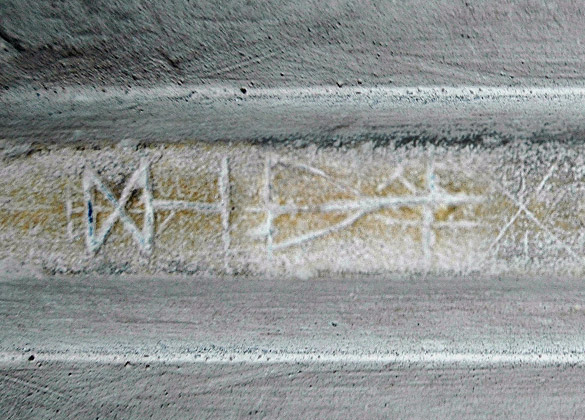 The large cross at the far end of the figure, corresponding to an area of ground in a nearby garden, was a clue they could not ignore and excavations begun.

The dig took several weeks, during which time the team dug to a depth of 3 metres, where they discovered a stone lined tomb. The lid had cracked over the years, thanks to earth movement due to the site’s proximity to the North Esk river, and the tomb had filled with earth, which was then painstakingly removed so as not to disturb any remains. Finally, the team uncovered a skeleton with a number of artefacts arranged around the bones, including one that very much interested them – a wooden flask. 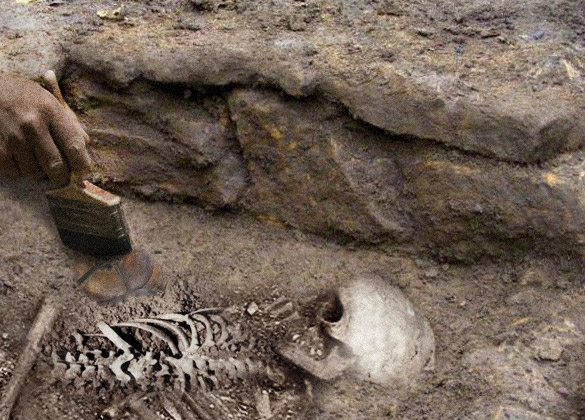 Found in the crook of the skeleton’s arm, the dig team initially assumed that the flask might be paired with a drinking vessel elsewhere in the tomb, potentially a candidate for the grail. However, further investigation showed no further artefacts of interest, other than a wooden cross and the remains of a travellers belt.

Matching up the style of the flask with the carvings of Cor they continued their investigations into the grave and remains, and posited a sad story: John Cor, undertaking what would become his final journey, made a pilgrimage to the still newly built Rosslyn Chapel. Somewhere along the way, we assume close to his destination, he was attacked and killed by a blow to the back of the head that caused severe damage to the skull. His remains were transported to the chapel by the local monks and buried in the unmarked grave, with the cryptic diagram added at sometime in the intervening years, as many of the ‘signs’ at the chapel have been.

TWE became involved at this point in the story, when the head of the dig team contacted us through our ‘Wanted’ page, inquiring as to whether the flask had any value. After a protracted exchange of emails we finally received some high resolution images of the flask and realised quite what it was that had been uncovered.

We immediately contacted Scottish Heritage and, working with them and the dig team, came to an arrangement as to how we could help with the examination and potential restoration of the flask. Initial shake tests in Scotland showed that the flask still contained some liquid and as such transportation to London for further examination needed to be be conducted particularly carefully.

TWE director Sukhinder Singh collected the flask from Rosslyn and, as agreed with Scottish Heritage, transported the flask by private jet to RAF Northolt in West London. Fortunately the flask was quite small and obviously contained less than 100ml of liquid, so transport regulations only required that it be placed in a small plastic bag before being handcuffed to Sukhinder’s wrist. From Northolt, the cargo was quickly transported to the onsite lab at our HQ in Park Royal, where it underwent further testing. 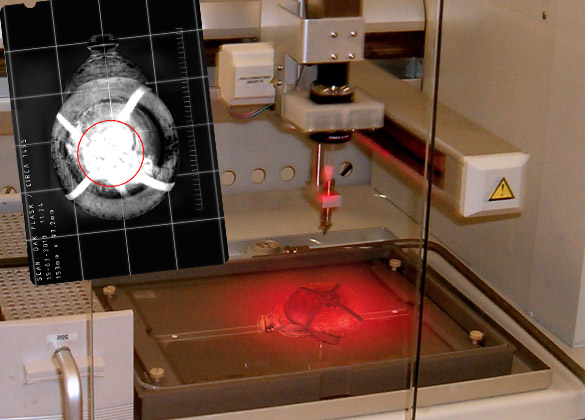 After carbon dating and pollen analysis, both occasionally inaccurate tests in the case of old wood, tallied with artefact stratification of the local environs, the time of the flask’s burial was fixed to around 1500 CE and our interest seemed to be justified. For any further advances in our investigation we needed to get agreement from Scottish Heritage for one further stage – the removal of some of the liquid within the flask.

Negotiations took several months, but eventually a deal was struck by which TWE would be able to extract a small sample of the liquid, on condition that we tried to create a replica which could be sold to help fund a selection of Scottish Heritage programs, including the restoration of Lindores Abbey, Cor’s one-time home.

Using a fine syringe we removed 3cl of liquid, and divided it in the lab between Tim Forbes MA (Joint Hons), TWE’s inhouse Cor and ancient whisky expert; and Dave Broom, the respected whisky writer, Templar expert, notorious viscimetrist and go-to-guy for such projects. Tim & Dave’s analysis, combined with the lab results, showed that the liquid was, incredibly, a malt spirit with some wood influence. It is theorised that Cor’s well used wooden flask, charged with new make spirit from Lindores’s still, acted in a similar fashion to a small cask. With the spirit remaining in the wood for over 500 years it is therefore not only the first matured spirit on record, but also most definitely a single malt whisky, beating the SWA minimum by at least 497 years. 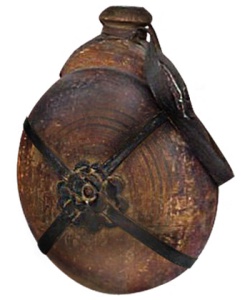 The well worn nature of the flask and the cool, underground conditions in the tomb allowed the spirit to mature significantly more slowly than if it was above ground, producing a whisky that was remarkably fresh and vibrant despite its age. Forbes commented “While there have been older Irish spirits discovered in similar circumstances, none of them have been quite as well preserved and drinkable as this”. Broom remarked “It’s great – a whisky with such an important and interesting story matched up to a flavour profile that’s eminently palatable and also recreatable”.

Working with a tech startup in nearby Perivale, TWE has 3D-printed a replica of the flask itself, using a substrate of ancient bog oak bound with pine resin. The spirit inside has been blended from Sukhinder’s bottle archive, using an array of malts from the late 18th century to the present day, including samples of several spirits that are almost certainly not Malt Mill.

In the meantime the flask itself has been returned to Scotland. The final part of the agreement with Scottish Heritage was simple – nothing of this level of historical interest, especially with the upcoming vote on independence in the wings, should be allowed to leave the country indefinitely. The flask was flown back attached to the wrist of Richard Paterson (an expert in this kind of transport), and has now been replaced in the crook of John Cor’s arm. The tomb has been reburied, ready for subsequent generations to excitedly find in the future.

[Update: It seems that not everyone realised, but the above post was put on the blog on April 1st 2013 and we don’t have any 500 year old whisky… Happy April Fools everyone!]

Hey, just happened upon this site while doing research on Rosslyn Chapel for a new novel. Is any of the above true? Or all an April 1 ruse? Specifically, was the skeleton uncovered at Rosslyn? Was it Jon Cor? Thanks for any help!

It’s all an April Fools 🙂