Taking the Pissky: Whisky From Urine???

10 Comments on Taking the Pissky: Whisky From Urine???

A mere week or so after the story of scientists turning whisky by-products into biofuel broke, another recycling whisky-based story has turned up – this time from the Couldn’t-Make-It-Up department (aka the chaps at Vinopolis who clearly must have too much time on their hands):  it would appear that a diabetic biomedical researcher named James Gilpin is, literally, extracting the urine – and then making whisky out of it. 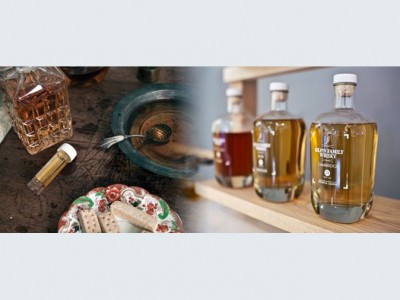 The Gilpin 'Pissky' - I so want this to be true

According to an article in Wired magazine (no, me neither – some kind of achingly zeitgeisty youth thing, apparently), Gilpin “…has started a project called Gilpin Family Whisky, which turns the sugar-rich urine of elderly diabetics into a high-end single malt whisky, suitable for export.”

So far, so WTF?!?!  Yes, me too.  It’s already clear that those cutting-edge yoofs with silly haircuts that presumably write this stuff aren’t quite sure about what single malt whisky actually is.  This is confirmed in the next paragraph, when the secrets of this astonishing alchemy are revealed (italics added by myself for emphasis):

“The source material is acquired from elderly volunteers, including Gilpin’s own grandmother, Patricia. The urine is purified in the same way as mains water is purified, with the sugar molecules removed and added to the mash stock to accelerate the whisky’s fermentation process. Traditionally, that sugar would be made from the starches in the mash.

Once fermented into a clear alcohol spirit, whisky blends are added to give colour, taste and viscosity, and the product is bottled with the name and age of the contributor.”

Pick the bones out of that whole heap of wrong!  Actually, no – please don’t.

OK, so we now know that it’s not single malt whisky, but something more like (admittedly piss-based) vodka with ‘whisky blends’ added.  A bit like Thai ‘whisky’, perhaps, or those American whiskies that used to mix bourbon with grain vodka.

After a quick bit explaining the genesis of Gilpin’s idea – inspired apparently by a pharmaceutical company that bought a load of geriatric wee from an old people’s home and tried to filter the chemicals out of it (nb, You are not dreaming.  I have really written that sub-clause and you did just read it) – the penultimate paragraph opens with a classic piece of understatement:

“The whisky, as you might have guessed, won’t be widely marketed conventionally.”

Finally, all is revealed:

“In fact, it’s more of an art piece, asking, Gilpin says, whether it’s “plausible to suggest that we start utilising our water purification systems in order to harvest the biological resources that our elderly already process in abundance”.”

Phew! The faintly-credible cloak of pseudo-science is finally blown away to reveal…a pesky artist!

But where, I hear you cry,  can I get my hands on this incredibly collectable whisky/important piece of renal art?? (delete as appropriate).

This is where things get a little murkier.  The article claims that Gilpin’s creation will be on display – with tasting sessions (form an orderly queue, please, gents) and accompanying films – at a design event in London and a film festival in Manchester.  Worryingly, neither of the links I clicked to these events made any mention of Gilpin’s pissky, raising the question: Is there a shred of truth to this utterly bizarre story?  Or has some very clever, incredibly funny, person pulled off the hoax of the year on the new-age numpties at Wired magazine, and elevated themselves to instant hero status?! 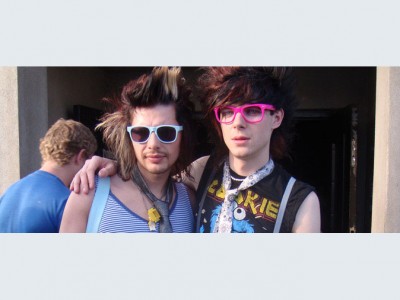 I mean, seriously – whisky recycled from widdle?  The whole thing’s got more than a hint of the Chris Morris about it.  Sure, it may be the ultimate alcoholic’s dream (insert your own joke about thrifty Scots here), but sadly the old cynic in me is really struggling with this one.

Admittedly, it’s something I once thought my own body had achieved (around the fifth morning of last year’s Feis Ile, although at the time I took that ‘new-make’ aroma as a warning to switch to beer for the day),  but I can’t help feeling that we’re probably still at least a couple of generations away from some kind of perpetual-motion-based whisky self-sufficiency.  Besides, even if the technology existed, something tells me that The Man (or at least Diageo and Chivas) would never allow it.

Breakthrough or Fake-out?  What’s your verdict??  Read the article yourself here and let me know what you think.

Oh, and just in case this post isn’t causing enough schoolboy sniggers already, we’d better have a competition:  what would you call your piss-based whisky?   Answers in the comments section, please.   I’ve got a few already, but at the moment my favourites are Whizzky, Eau de Me and Stream of Life.

I would be more concerned about the diet of these fogies too – steamed asparagus, sugar puffs for breakfast? Danger!

Clearly a hoax. Or rather: an art project. His infographics, pictures, bottle design… are way too arty to believe he’s actually nerdy enough to know the chemistry behind this.

Can’t help but think of the Cloaca, a poo machine designed by Belgian artist Wim Delvoye. It has taken years to get the digestion chemistry right by the way.

By the way, what did the old folks eat or drink to produce pissky with such a lovely oloroso hue?

Wholy crap! Well… Maybe that’s not entirely appropriate. After all, it’s not about whisky biscuits, is it?

Mine would be called ‘Uisgiebaws?’ Work out the Gaelic to English translation yourselves 🙂

I agree with Ruben, this sounds unlikely

It shows that putting whisky in an “Exclusive” bottle shape, you get the attention and press

saw somebody calling it “pissky”. Rather likw that one.

Check out these weird and shocking drinks in Asia:

If that’s actually true, the most suitabe name I can think of is “Whizky”…

Hey, you can’t argue the fact that due to the ingredients this is automticlly the “Number 1” whisky!