No post last week due to the fact that my colleagues and I were all up to our eyes in the preparation for (and subsequent execution of ) the Herculean task that is the TWE stockcount.

In the meantime, a blizzard of whisky news has been pinging into my inbox.  Back at my desk, I find myself with an incredible amount of press releases, some with good news, some bad.  The whisky blogs have certainly been buzzing, and I’m coming late to the party (as usual), but I’ll throw my tuppence-worth in anyway.

We’ll deal with the bad stuff first, and then have some fun tomorrow.  Anyone with even the faintest interest in whisky will already know that the industry (and Scotland in general) has been reeling from Diageo’s announcement of the forthcoming closure of a cooperage, Port Dundas grain distillery and the bottling plant at Kilmarnock, home of Johnnie Walker, with the loss of 900 jobs.

Unfortunately, as is usual when anything adverse happens in Scotland, this unfortunate event has been met with mass hysteria in the press and has subsequently been hijacked by Scotland’s petty, pathetic Parliamentarians who have kicked up an almighty shitstorm in the hope of scoring political points against each other. 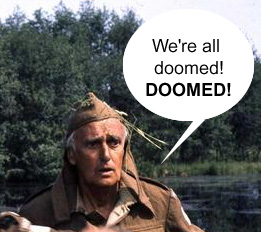 The result has been a fortnight of highly unedifying backbiting, mudslinging, paranoid rhetoric and macho posturing from the politicians in an attempt to save face, plus the usual bullshit articles in the media about how this is the end of the Scotch whisky industry, with dire forecasts of a dystopian future in which all Scotch is made in India and bottled in plastic bottles in Taiwan.  This will continue until the silly season is over or something else more newsworthy happens.

The upshot of all this has been that Diageo have had to agree to a dead duck consultation and a transcendently pointless external independent review to look for alternatives to the closure of the plant in Kilmarnock – which will drag the whole thing on for another few months.

This total waste of time has been hailed as a triumph by the cross-party coalition of MPs who don’t want to look useless with an election coming next year.   The fact that the time, effort and money that goes into this cosmetic exercise could be better spent reaching out to other businesses in an attempt to find new sustainable industries for Kilmarnock will not, of course, be mentioned by anyone involved. 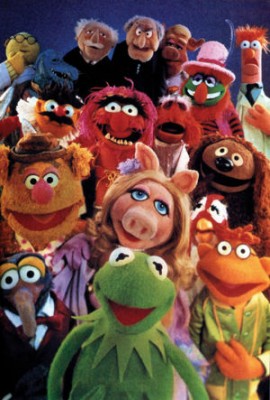 That cross-party coalition in full

In due course, the Scottish government will have stumped up for a totally futile study suggesting the same alternatives to the closures that Diageo will already have considered and rejected before they made the initial decision.  Diageo representatives will attend the consultation, nod politely, make sympathetic noises and then go ahead with what they were going to do in the first place and close down the plants.  The politicians, honour satisfied, will talk about a sad day for Scottish industry, make conciliatory noises to the people of Kilmarnock and wash their hands of the whole affair.

I expect I’ll get slaughtered for putting my take on this so bluntly, but I have to call it as I see it.  I’m not belittling the human cost of these cuts or dismissing the misery and suffering they will cause.  But to suggest that Diageo will have run into this decision with their eyes closed and without full consideration of the consequences is at best naive and at worst paranoid.  They must have agonised over whether they were doing the right thing, and I’m sure that whoever had to make the call suffered some sleepness nights as a consequence and will have to live with their decision.  That decision, though, will have been made with Diageo’s and the Scotch whisky industry’s best interests at heart.

The real worry, though, is this: if the demise of Kilmarnock and Port Dundas is, as has been suggested, the first evidence of Roseisle’s influence, what’s going to happen when the inefficient malt distilleries start shutting down??

It’s an industry, so these things happen.
But I think a lot of people still see the whisky industry as a bunch of quaint little distilleries, who are doing their own thing in a lovely rural setting.
Time to wake up.
The big whiskies are made in anonymous plants, where efficiency rules.
What is left are visitor center distilleries, who are born in the mind of a PR officer.
See the Dewar’s Whisky world or whatever.
Droves of tourist come to these location to be fooled about the world of whisky.
Only a bunch of small independent’s will survive by doing things the old way.
Some will survive as a premium, high priced whisky, like Ardbeg, Lagavulin or Laphroaig.
But the bulk will be produced by faceless plants.
It’s a good thing that Scotch whisky must be distilled, matured and bottled in Scotland or else the production could be moved to Poland or Romania.
Watch out for this to happen in the future!

it is bitter for Kilmarnock and the people working at Port Dundas. No doubt.

But to make the whole issue a national affair because there is a political party with the term “National” in its name does not help at all.

Here a good explanation why it does not help.

Not really. To play the national card when Scotch whisky is involved is 30 years too late.

Scotch is not in the hands of Scots anymore. It is the drink associated with Scotland. In that sense it is a national drink.

But it is in foreign hands, most of it is drunk abroad, it is made with more imported that homegrown barley and the marketing budgets millions of pounds worth are spent abroad.

To lose 700 jobs is hard for any city. But instead of lammenting and rallying against a thing that seems inevitable the energy behind that would be better spend in looking for alternatives that are feasible and sustainable.

Doubt very much that anyone at Diageo has agonised or lost any sleep at all over the decided closures and re-allocations of jobs to Fife. Tragedy for the people at Kilmarnock, that is for sure. But despite that, anyone shall always be entitled to speak their own mind and be blunt, even – in particular as that does benefit clarity. The politicians, however, have as their one aim in life to be re-elected, so their actions are rarely self-effacing. On the other hand, global finance and multinationals are not very nice to deal with either, as their prime concern is the next one or two financial quarters and that’s hardly good for a long-term industry like whisky, malt or grain. My feeling is that Roseisle will cull a few malt distilleries (or “plants” as they are known within Diageo) when the need for new make malt falls again. Apparently it has not done that just yet. But it will. I’m just hoping the independents can be the winners out of that move when it comes, at least from a relative point of view.

[…] all a bunch of sad pathetic losers, I should probably direct any angry people to my blog post on Diageo in case some of you want to lambast me for collaborating with everyone’s favourite pantomime […]