Fettercairn isn’t a well-known whisky. One of Whyte & Mackay’s single malts – along with Dalmore, Jura, Tamnavulin and Invergordon – it’s not received much love from the owners over the past few years. However, Whyte and Mackay has been doing some sprucing up of its whiskies: first Tamnavulin got its first official release in years – Tamnavulin Double Cask – then the Jura range had a complete makeover. Each time, I’ve asked whether it’s Fettercairn’s turn yet. The answer, as of this week, is yes – please welcome the new Fettercairn 12 Year Old. 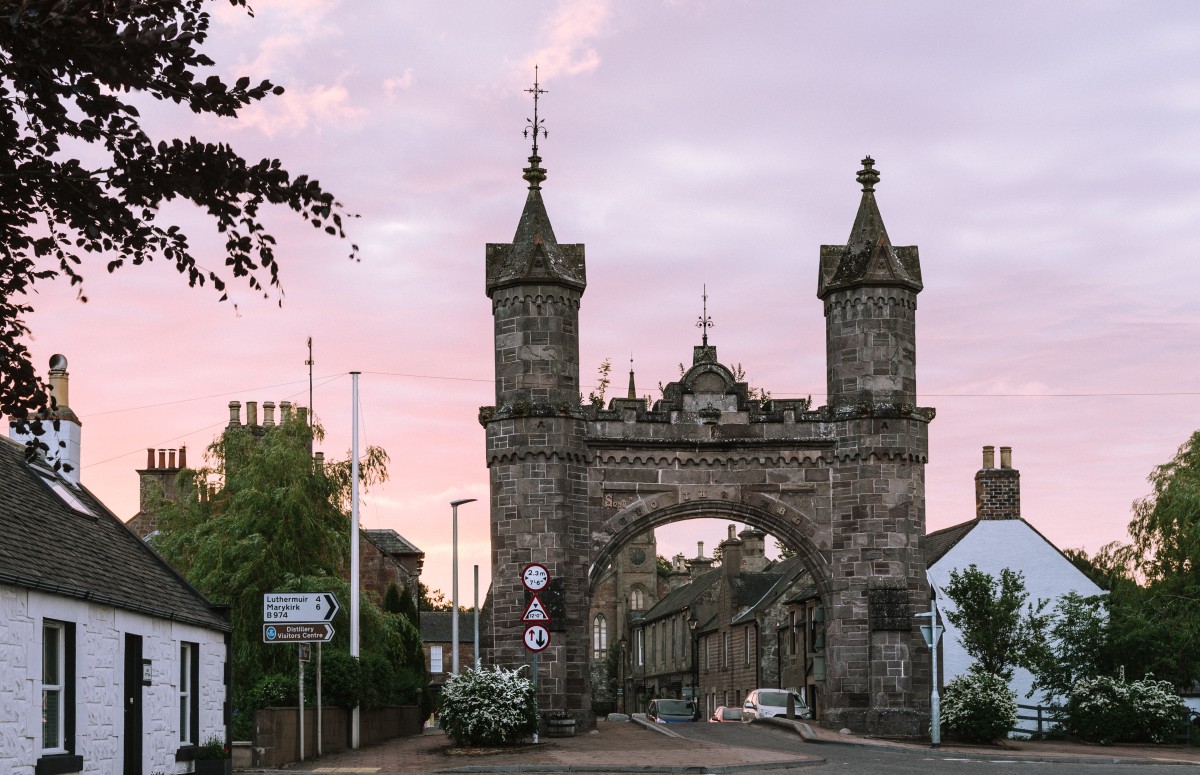 Halfway between Dundee and Aberdeen, the village of Fettercairn is a quiet place. The distillery sits to the north west of the village’s main landmark – an arch erected to commemorate a visit by Queen Victoria and Prince Albert in 1861 – and despite its less than flashy location, it’s different enough from other distilleries in Scotland to be worth a visit. 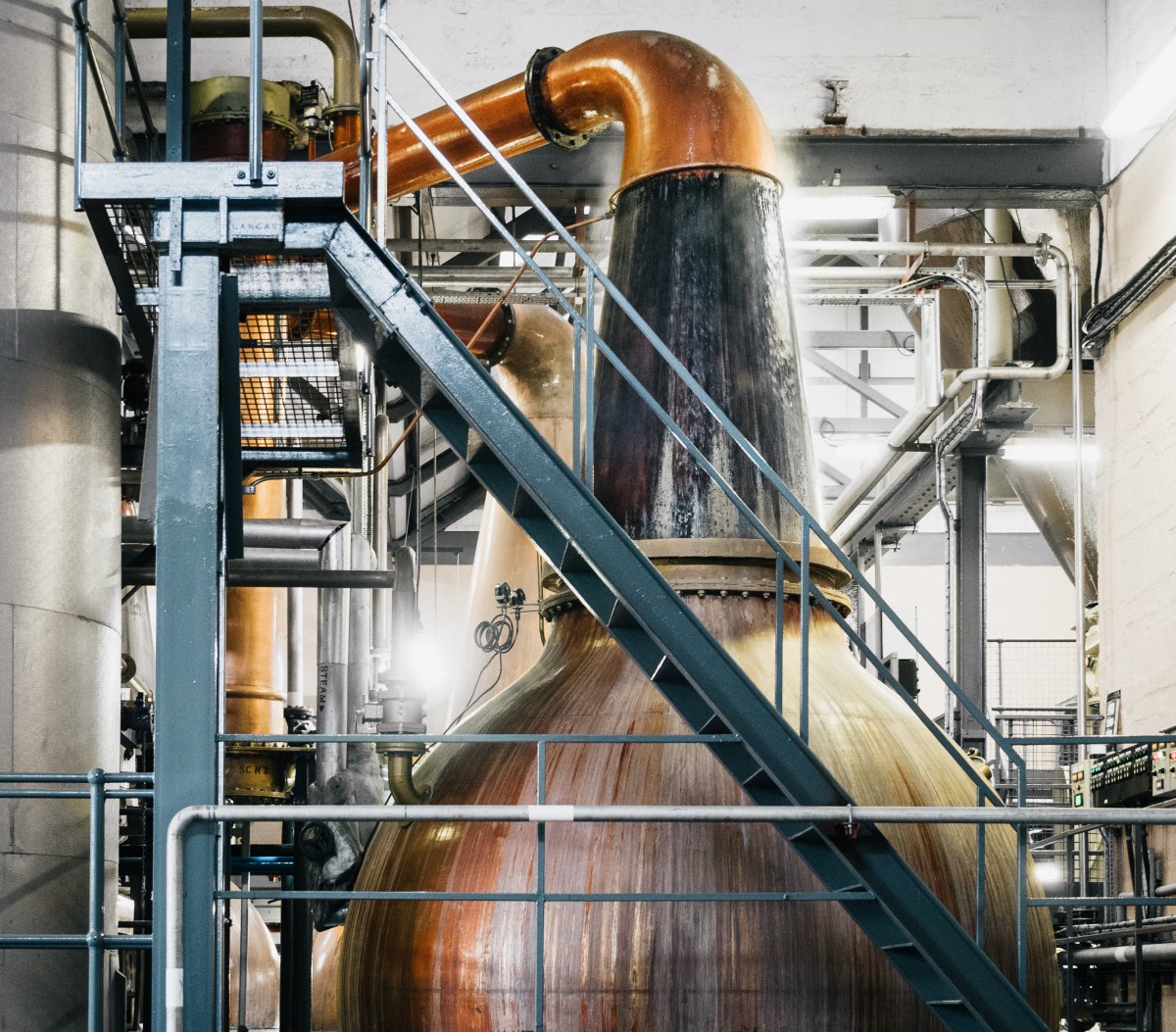 It looks fairly normal, but why is the middle bit blue?

The process of distillation is a complex one, and it’s not all about creating a high-strength spirit. Along with concentrating the alcohol from the wash (the beer that is the starting point for whisky), the distiller will also want to remove any off flavours and create a spirit that will go on to mature into good whisky. A key to that is reflux.

Reflux is the process by which hot vapour starts to rise up through the still, but can’t quite make it to the top – it turns back into liquid, and runs down the inside of the still. The contact with the copper of the still will strip out off-flavours and create a lighter and more delicate spirit. Controlling the amount of reflux is key to making sure your spirit tastes right.

And this is where Fettercairn is unique.

There are lots of ways to control reflux: changing the height and shape of your stills, changing the angle of the lyne arm (the pipe that connects the top of the still), changing the temperature of the still and the speed of distillation. Fettercairn does something different: it sprays water on the outside of the still. 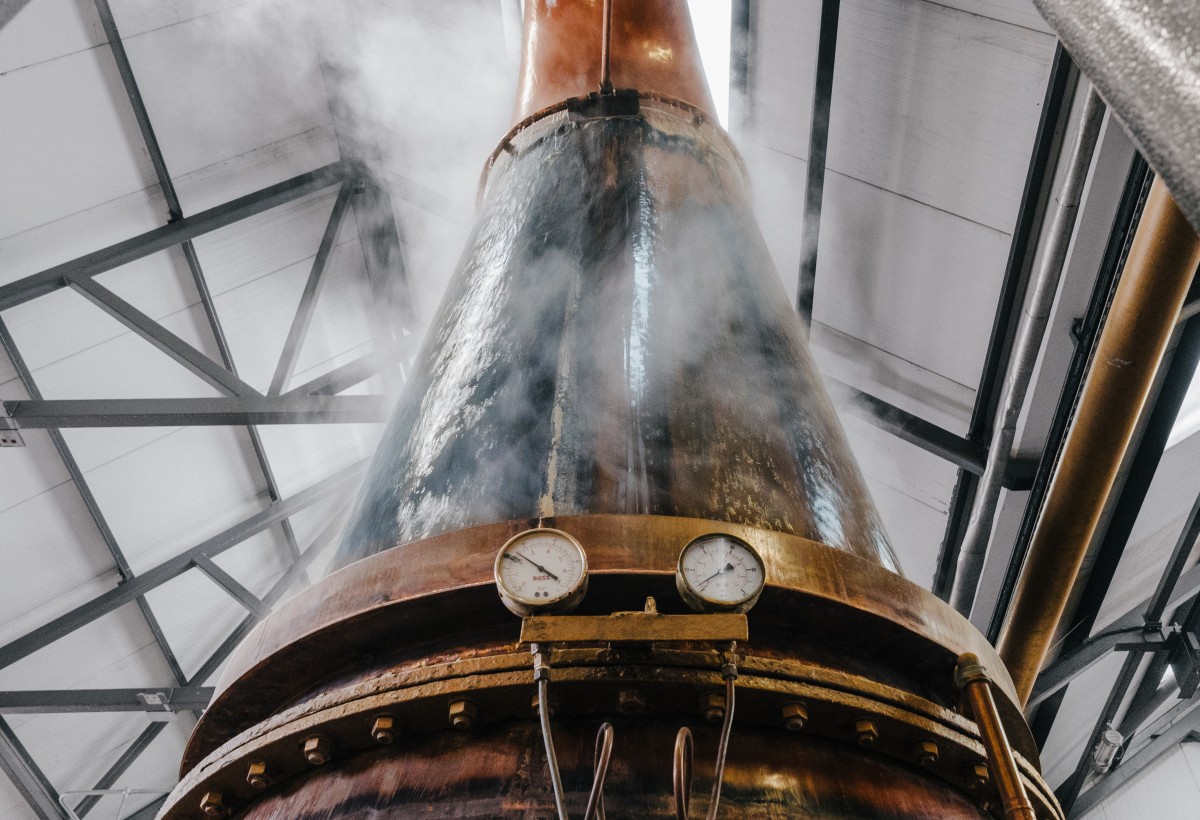 A ring of pipe with holes in sits at the top of the still, and during distillation the distiller sprays water from it on to the top of the still. That cools down the sides and causes the vapour inside to turn back into liquid more readily, increasing reflux. It looks strange while running and the still has a patina of oxidised copper on the outside – a beautiful combination of blue, orange copper and white.

The flagship new release from the distillery is the Fettercairn 12 Year Old. It focuses on a new house style: tropical fruit. The distillery hasn’t lost its traditionally weighty character, but the new 12 is all about fruit and they’ve selected the casks well: ex-bourbon all the way. 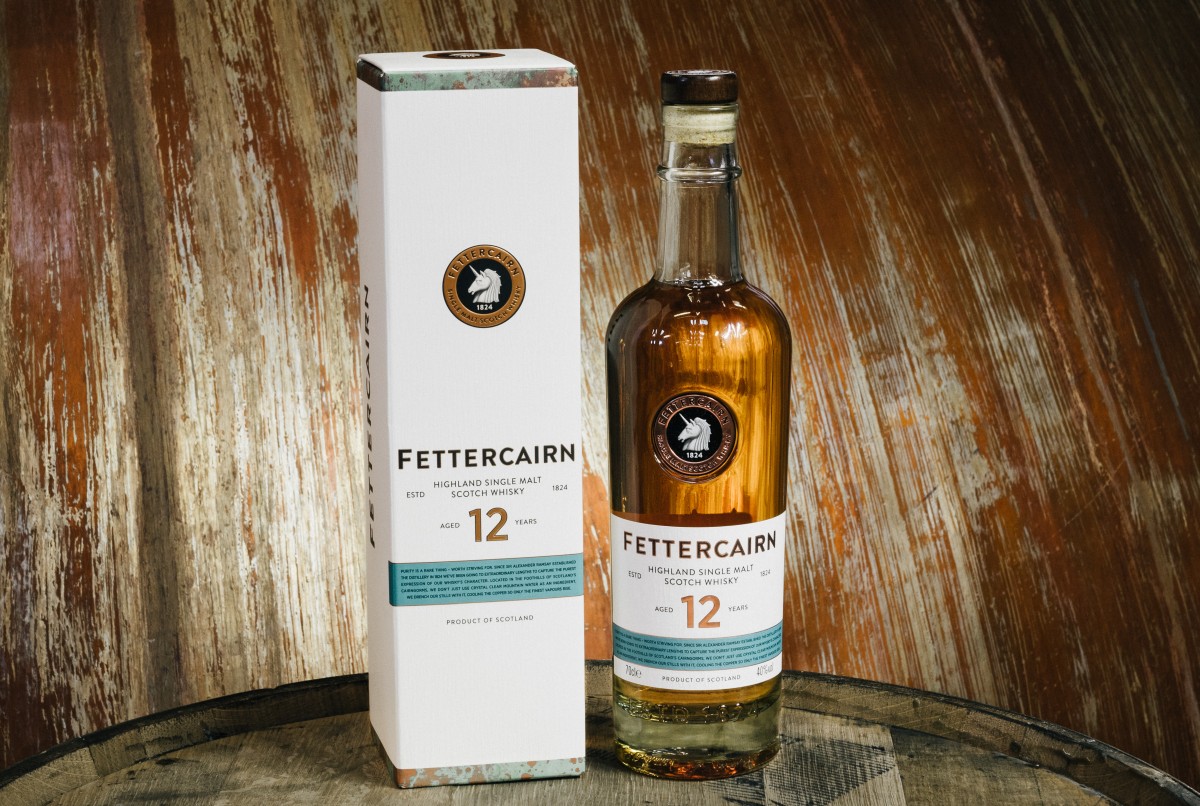 Nose: Candied lemon and pineapple, butter icing and a hint of mint. A touch of meatiness sits right at the back, giving the dram some weight. The sweetness builds and orchard fruit develops along with vanilla, milk chocolate and some green leaves. A thread of fruitiness runs through the middle.

Comment: Tropical fruit is in at the moment, and this is on point. It’s lighter and fruitier than older releases and harks back to the longer-aged expressions of years gone by. 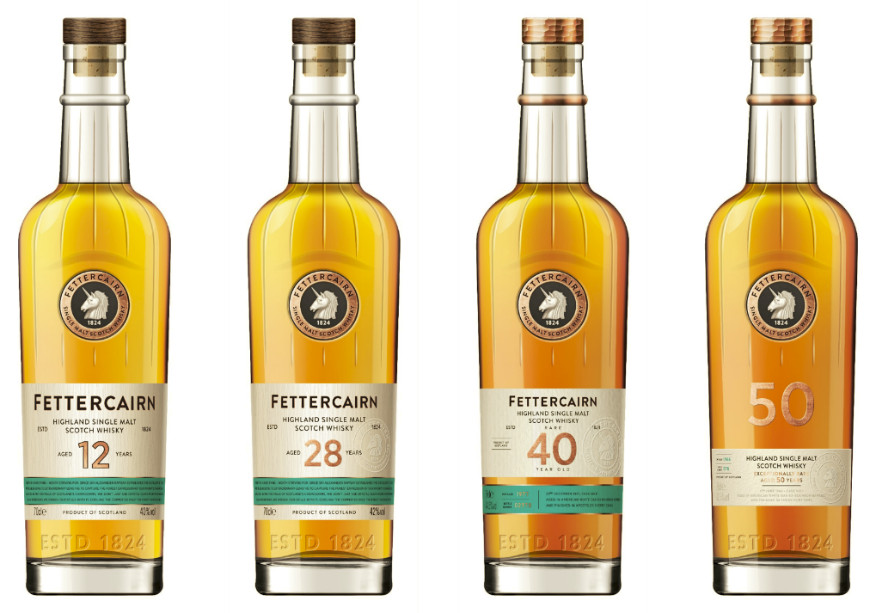 The 12 Year Old is joined by Fettercairn 28 Year Old – distilled in the same year that distillery manager Stewart Walker started at Fettercairn as a warehouseman, and maybe bottled from casks that he rolled around in his early days – and will soon be followed by a pair of very limited, long-aged whiskies: a 40 Year Old and 50 Year Old. They’ll be arriving shortly: click on the links to sign up for an email when they’re in.

Fettercairn 12 Year Old is available now from The Whisky Exchange.