St Patrick’s Day is on Saturday. While it’s generally seen as an excuse to go out for some drinks, for me it’s also the ideal time to try and sneak some Irish whiskey into your drinks cabinet. Recent conversations online have shown me that not everyone is as big a fan of Irish whiskey as I am, so here are a few reasons to give it a try this weekend.

It’s not ‘just the same as Scottish whisky’

All whisk(e)y is far from the same, but Scottish whisky is made in a very similar way to other whiskies around the world – distillers from Taiwan to Canada base the way they make their whisky on Scottish tradition – but not the Irish. They’ve been doing things differently to distinguish themselves from their neighbours over the water for hundreds of years. 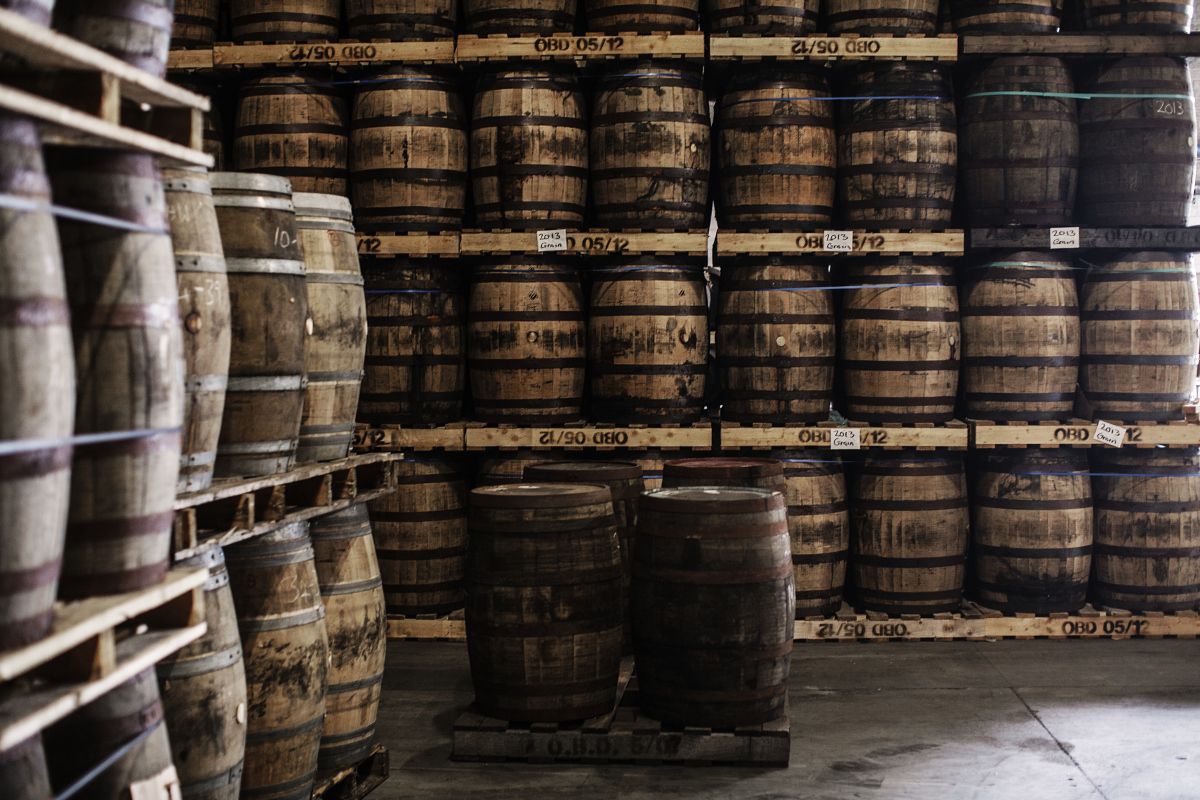 At first glance, it can all look very similar. But dig deeper, and you’ll find Irish whiskey is a bit different

While the debate as to who started making whisk(e)y first – Scotland or Ireland – will almost certainly never be answered, Scottish and Irish whiskey being different is much easier: they are.

The big difference people talk about is triple distillation: Scottish whisky is usually double distilled, while Irish producers almost all go for a third. This isn’t because ‘they couldn’t get it right after the first two times’ as a number of proud Scots have told me over the years, but to create a very different flavour profile. While I often ramble on about fruity Scotch whisky, Irish whiskey has a special kind of fruitiness of its own that you can taste in everything from Jameson to independently bottled single casks.

If you don’t know what I’m talking about, you definitely need a bottle in your cupboard.

A few years ago, there were only three companies making whiskey in Ireland: Bushmills in the north, Irish Distillers and Cooley in the south. Over the past five years things have drastically changed, with tens of distilleries now making spirit, tens more sitting in planning and a handful already putting whisky and poitin on the shelves – Dingle and Echlinville, to name a couple. 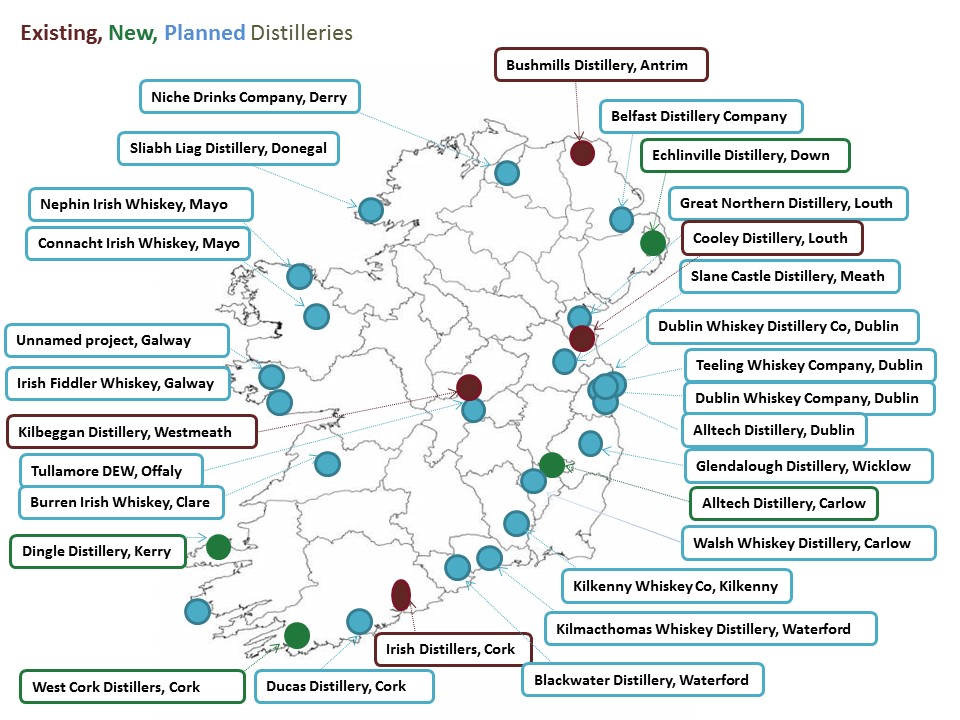 Getting into Irish whiskey at this moment in time gives you a chance to see the redevelopment of a whole country’s whiskey traditions.

While Scotch whisky is my first love, I’m increasingly finding myself turning to Irish whiskey when looking for something new. From the wannabe whiskey makers who are sourcing their spirit from elsewhere while building their own distilleries, to the established producers, everyone’s doing something interesting. It’s an exciting time to be an Irish whiskey fan. 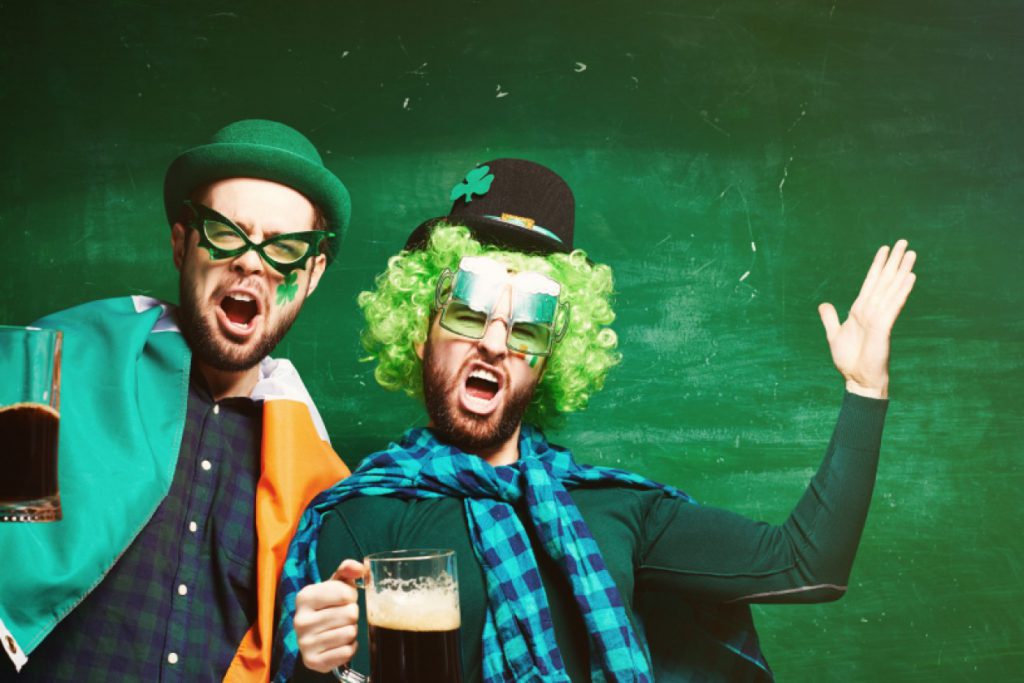 Which would you rather be doing on Saturday?

Share a selection of Irish whiskeys with friends. While wearing an oversized novelty hat. And maybe face paint.

I know which I’d choose…

You can find a wide range of Irish whiskey on our website. If you want to learn more, check out my recent blog posts on pot still whiskey and Slane distillery, Whisky Exchange boss Sukhinder’s love letter to the Ireland’s whiskey, and many others from over the years.

And in closing, if you must abbreviate St Patrick’s name, it’s Paddy not Patty.