Reykjavik Distillery – the spirit of Iceland

No Comments on Reykjavik Distillery – the spirit of Iceland

Iceland has become the place to visit in the past few years. With miles of mountains, lagoons, glaciers and geothermal springs and a high chance of seeing the Northern Lights, it’s become well known as a haven for explorers and spa-goers alike, as well as attracting foodies for its burgeoning restaurant and bar scene. 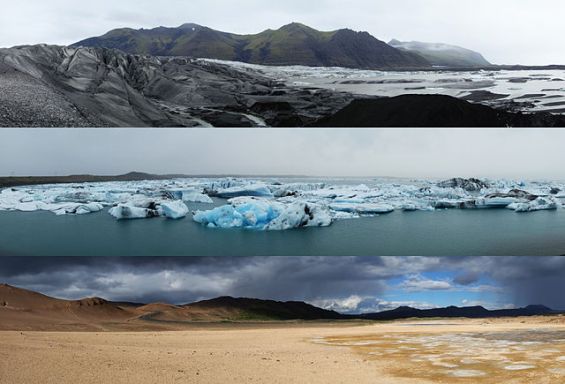 One of the most surprising things about Iceland is that fruit is able to grow less than 200 miles from the Arctic Circle. In fact the North Atlantic Current helps to keep the climate milder than you might expect. Rhubarb is grown by many farmers, and wild berries are prevalent, but no-one was using the fruit to make high-quality drinks. Seeing a gap in the market, Snorri Jonsson founded Reykjavik distillery. Fruit liqueurs was an obvious place to start, although he had been making alcohol at home for many years, starting with light ale in his teenage years and slowly graduating towards spirits. The Icelandic distilling scene was very different in 2009; all alcohol from the country was made by the state monopoly and was a mixture of mass-market products and copies of Danish spirits such as aquavit. Today there are lots of new start-ups, although as Snorri’s bottles proudly state, he was the first.

The distillery is tiny yet produces a range of products, including Katla Vodka (exhibited by me)

Located in the town of Hafnarfjörður, around five miles south of Reykjavik, the distillery is the size of a double garage – by far the smallest I’ve visited. But as Snorri told me: ‘It’s better to be squeezed for space than for money.’ The distillery’s sales continue to grow and larger premises are planned for later in the year. It’s a far cry from the early days when Snorri combined his day job as an engineer in Germany and weekends spent in Iceland trying to set up the distillery.

The first release was a blueberry liqueur in 2010, followed by rhubarb and crowberry the following year. At the end of 2011, the spirits appeared, with a single-botanical juniper gin, two aquavits – one at 43% and a 50% version with less spice but more warmth – plus Katla Vodka, which now accounts for around half of the distillery’s sales (Icelandic vodka has grown in popularity over the past few years with the introduction of Reyka around the world, and Icelandic Mountain in the UK).

All the berries for the blueberry and crowberry liqueurs are foraged in Iceland by a regular team of 15 pickers. The rhubarb is farmed on the island. Unfortunately, products made from foraged fruit cannot be certified organic and Snorri believes another category is needed. He says it is crazy he can import fruit and get organic certification but can’t when he picks the berries himself and knows the provenance. Production starts as soon as the berries are picked (usually in August) with most of the berries used to make the liqueurs straightaway. A small amount are frozen and kept back in case the following year’s harvest is small – as happened last year where the crowberry sold out in July and Snorri didn’t have any to sell for six weeks.

Here is the lowdown on the 64° Reykjavik range:

Not overtly sweet – a characteristic of all the distillery’s products. The blueberry flavour is intense and slightly earthy. This is part of Icelandair’s in-flight drinks offering, and I can confirm it tastes just as good at 36,000 feet!

Sweet with just the right amount of tartness and a lovely creamy texture, this is my favourite of the range.

What is a crowberry? It’s an Arctic berry that needs a cold climate to grow and has a unique taste – think blueberry but with a whack of vanilla and a hint of tannin.

All three liqueurs can be enjoyed simply over ice, or in cocktails such as an Icelandic Kir – just add a dash to a glass of sparkling wine.

It’s great to see that it’s not just tourism that’s booming in Iceland; the spirits industry is, too. If you’re planning a trip to Canada or the USA, Iceland makes a great stopover point – not only breaking up the journey, but allowing you to experience a new country with its unique culture.