This evening is one of the most important in the Scottish whisky drinking calendar: Burns Night. It’s important enough that I’ve written about it for three of the past four years here on the blog (2012, 2014, 2015) and if it were not for the cold I am currently suffering from, I’d be filling my face with haggis and whisky tonight. 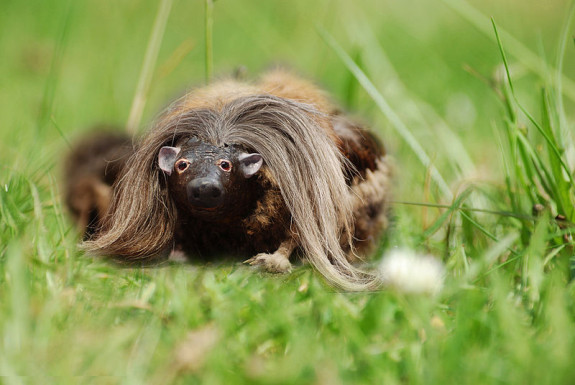 The wild haggis in its native habitat, as captured on film by StaraBlazkova

While I normally try and recommend something that isn’t whisky to accompany your dinner, this time I’m going to leave it to you: drink whatever you want, as long as it’s not pre-revolution French wine or brandy – Burns would not have approved. Instead, here are some ideas for accompanying your dinner, drinks and all.

While toasts are important at a Burns supper – you can find some of the whisky industry’s favourites here – and a paraded haggis is essential, for me a rousing rendition of at least one of Burns’ poems is the centrepiece which everything else hangs from.

I was spoiled early on in my Burns Night career, experiencing Address to a Haggis spoken by Clark McGinn, professional Burns-inator, and Franchi Ferla, Simply Whisky‘s master of performance poetry. Since then I’ve been working on my Scots accent and pronunciation of ‘Fair fa’ your honest, sonsie face’ with little effect, and I still sound like a very English person with a mouth full of marbles. So, for those like me who don’t want to mangle the bard’s words, here are some suitable bits of video to play at appropriate moments during your dinner.

If you’re after something longer with a story, then Tam O’Shanter is excellent. It might be more appropriate for Hallowe’en, but I’ll take any excuse to listen to it. Here’s an great reading by the late Tom Fleming:

And last, but far from least, here’s something new. Not by Burns, but inspired by his work – an ode to Laphroaig by stand-up poet Elvis McGonagall:

Whatever you’re eating or drinking this evening, take a moment to raise a glass in honour of Burns. A complex man: poet, farmer, exciseman, socialist (maybe) and cultural icon. But most importantly for us, someone who liked ‘guid auld scotch drink‘.

#Whisky Burns Night – poetry an’ whisky gang thegither!: This evening is one of the most important in the Scot… https://t.co/iiIBbzvemx

It’s Burns Night, so I wrote a thing on the work blog. Warning: includes @SingleMaltMark being extremely Scottish – https://t.co/MTGoamlLVF