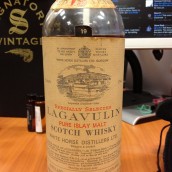 The 6.30 wake up call resonated through our ears like plates being dropped in a restaurant; initial shock followed by reluctant applause.  But you get on with enjoying your lot and pay your bill at…

This just into my inbox: “To celebrate this year’s Islay Festival of Malt & Music on 23-30 May, Diageo is once again making available two special Festival editions of its Islay Single Malt Scotch Whiskies….