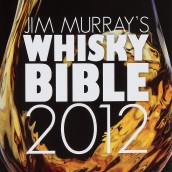 This week we welcome back TWE Vinopolis’s Duncan Ross to tell us about one of our recent tasting events. Take it away Duncan… As you travel north from Perth on the winding A9 you will…

No Comments on Cocktails at The Whisky Exchange Whisky Show

As we get closer to our marvellous TWE Whisky Show (which is scarily only five weeks away) there will be a lot more information appearing about the things that we’re going to be doing, as…

It’s with great regret that we must announce that the Port Askaig 17 year-old – Speciality Drinks’ superb mystery single Islay malt which became the whisky version of a soundtrack [a tastetrack? – Ed.] to TWEBlog &…